Turn on suggestions
Auto-suggest helps you quickly narrow down your search results by suggesting possible matches as you type.
Showing results for
Show  only  | Search instead for
Did you mean:
Detecting identity attacks in Kubernetes
By

In this article, we will focus on areas (2) and (3). We will demonstrate how attackers might leverage those identities to escalate their permissions and how defenders can detect those threats. But first, let’s have a quick overview of all three areas.

Users authenticate with the cluster in various methods. Kubernetes supports several authentication mechanisms, including basic authentication, Bearer tokens, client certificates and OpenID Connect, which is implemented by most cloud providers.

Applications might also need to authenticate with cloud resources that reside outside the cluster. There are several solutions for such authentication, but a common method is to use cloud identities that are attached to the nodes or the workloads in the cluster.

In this article we will elaborate on the security aspects of cluster service accounts and the usage of cloud managed identities in the cluster.

In this context, selfsubjectrulesreviews is a very useful Kubernetes API call for attackers. This API, also known as “can-i” due to its kubectl implementation, retrieves the permissions of the specified service account\user. Attackers who gain access to a container can use this API to check the permissions of the mounted service account and act accordingly. For example, attackers might discover that while they don’t have permissions to create new containers in the cluster, they have permissions to update existing deployments, and therefore they can run their own code by modifying an existing deployment and even escape to the host that way (e.g. by changing the configuration to privileged). Such kind of RBAC misconfigurations were observed in production environments and were exploited for cluster takeover.

One can use the selfsubjectrulesreviews API by kubectl client or by using the API call directly. For calling the API directly, a JSON with the request’s body should be prepared.

Then, this JSON is passed as the body in the request to the selfsubjectrulesreviews API:

How to detect such activity?

Tracking calls to selfsubjectrulesreviews API can help finding reconnaissance activities of service accounts in the cluster. 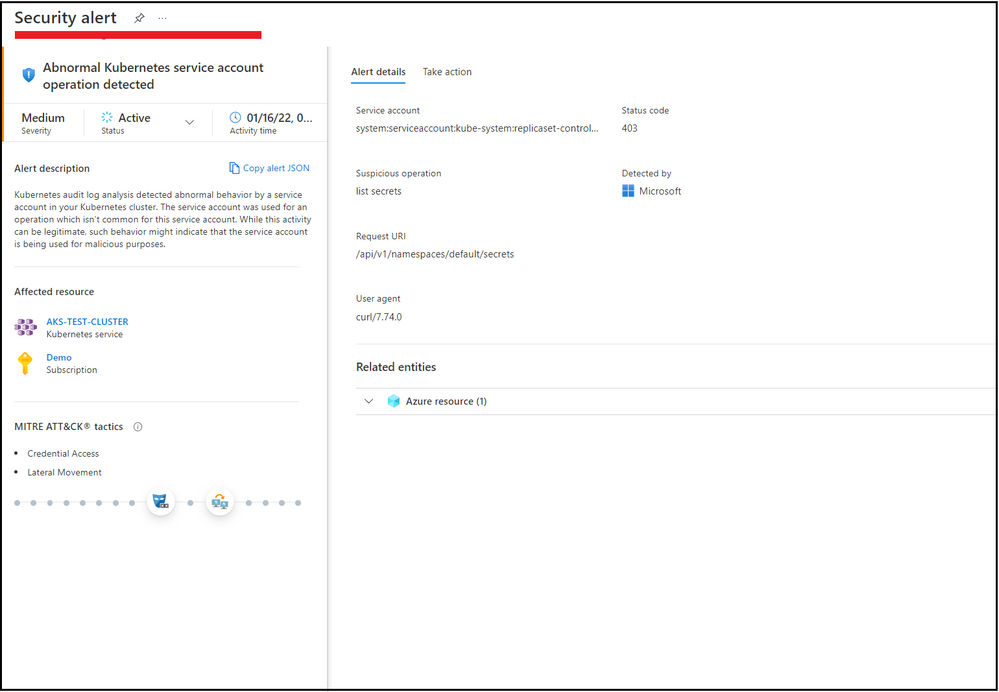 Workloads in Kubernetes might need access to cloud resources. Common use cases are accessing cloud storage services, cloud secret stores, and more.
There are several approaches to achieve that: one of them is using cloud identities that are attached to the nodes, allowing the nodes and the workloads to securely authenticate with other cloud resources. For example, in Azure, AKS uses managed identities (MI) to manage the cloud resources that are required for the cluster operation.

As Kubernetes is often run in the cloud, this method allows lateral movement from the Kubernetes cluster to other resources outside the cluster. Such behavior has already been observed in large scale campaigns that target Kubernetes clusters. For detecting such behavior, it isn’t enough to monitor the cluster’s control plane, we also need to monitor the cloud’s control plane. While the monitoring is cloud-specific, the principal is similar: We should track the behavior of the cloud identities for suspicious activity. MDC can help you to detect such activity in AKS clusters. MDC monitors Azure Resource Manager (ARM) for identifying suspicious operations of managed identities assigned to AKS clusters and alerts when a suspicious operation occurs. 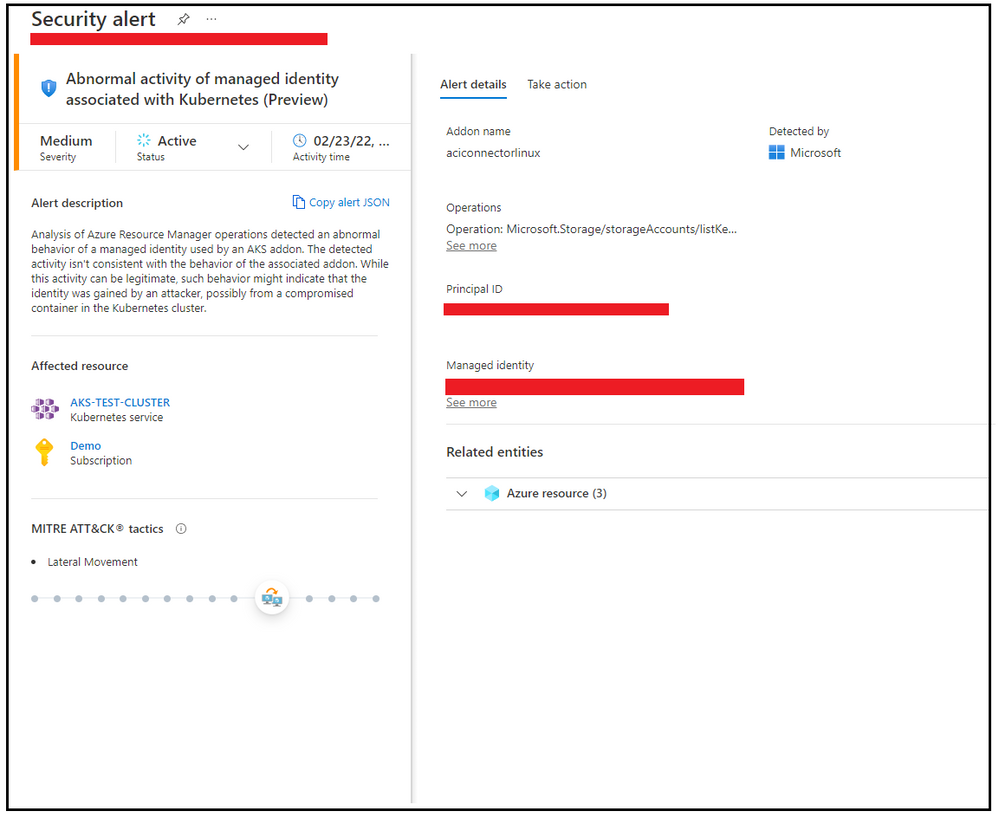 To conclude, identities are a key aspect of Kubernetes security, and monitoring their activity is crucial for keeping your cluster secured. The Kubernetes audit log and the cloud control plane logs can be used for identifying suspicious activity of the identities in Kubernetes in both levels: the cluster-level and the cloud-level. Microsoft Defender for Cloud can help you detect malicious operations of the service account in your Kubernetes clusters. Also, MDC monitors Azure Resource Manager and detects suspicious operations of the managed identities that are assigned to your cluster.