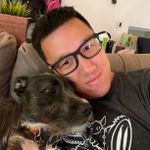 Microsoft released a new PC-as-a-service offering called Windows 365. This new service is revolutionary and a completely new genre of cloud computing. Virtualization of the PC has been around for over a decade. Traditional VDI has been complicated with requirements to host several on-premise services like a Remote Desktop Connection Broker, a Remote Desktop Web Access (IIS Server), Session Hosts, Session Gateways, Virtualization Host, etc... With Windows 365, all of this is hosted by Microsoft so the barrier of entry to have a VDI environment is much lower.

If you're thinking, "But I thought you already had something like this - Azure Virtual Desktop?" Yes and No! Azure Virtual Desktop (AVD) shifted a lot of the infrastructure like the connection broker and gateways to Microsoft as a service. Azure hosts the storage and compute for AVD but the admins still have to build the solution. Organization admins have to build and maintain the session hosts, host pools, and availability. If something is built wrong or has downtime, it is up to the admins to fix it. AVD costs are associated with how much compute, storage, and networking is consumed so costs vary month to month.

With Windows 365, it is very similar to how Exchange moved to Exchange Online. There's no more need to maintain the session hosts (Exchange servers). You assign a license for the size of the VM (like you assign an O365 license) in the Microsoft admin portal. There's automation built into the W365 service that provisions a cloud PC and assigns it to the user with the license. You can use a gallery image or Bring Your Own custom image. Because it is subscription based, costs are the same whether the PC is on or off and can be budgeted for month to month. Another important factor is there is a financially backed SLA for uptime. 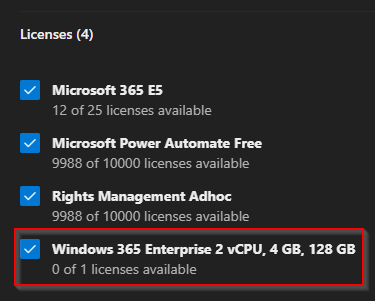 Cloud PC's are managed the same way you are managing your physical PC's. Using SCCM and co-management? No problem. Intune and modern management? Definitely! All within Microsoft Endpoint Manager. The pre-requisites for using Windows 365 include having an Azure subscription and a virtual network that has line of sight to a domain controller. This is because currently every cloud PC is Hybrid Azure AD joined. Azure AD joined cloud PC's are in private preview and will be coming soon.

The simplicity of using and administering cloud PC's opens up the ability to host a virtual environment to organizations who may not have had the bandwidth or technical ability to stand one up previously. This opens up opportunities to do things differently. For example, instead of having multiple physical PC's for different secure tenants (GCC High) which is becoming more standard due to CMMC requirements, you could have a GCC High PC with a cloud PC to jump back to the commercial tenant. Another use case could be the need for power PC's on a factory floor that may have particles that "gunk" up a physical PC. You could run a "thin client" PC with a power cloud PC to help save costs.

There are so many other use cases! The solution opens doors where none may have existed before. Recently, we had Bradley Dupay, a Global Black Belt on the Windows 365 incubation team, on our podcast to speak about Windows 365. Definitely check that out because Bradley had a ton of great insights!