I have an exciting update for you all, the preview refresh of IoT Edge on Kubernetes is available today! Forbes named this technology one of the 10 most interesting announcements at Microsoft Build last year. Since then we've added several enhancements informed by real-world feedback from customers like you.

For those of you new to this support, a good way to think about it is, in addition to Linux and Windows, IoT Edge applications can now run in a new operating environment - Kubernetes. It provides improved resiliency to IoT Edge applications leveraging Kubernetes features like automatic failover. By allowing you to share a cluster among multiple IoT Edge deployments, it also enables better resource utilization.

Some of the new features in this refresh include:

Here's where it fits in a typical IoT Edge architecture: 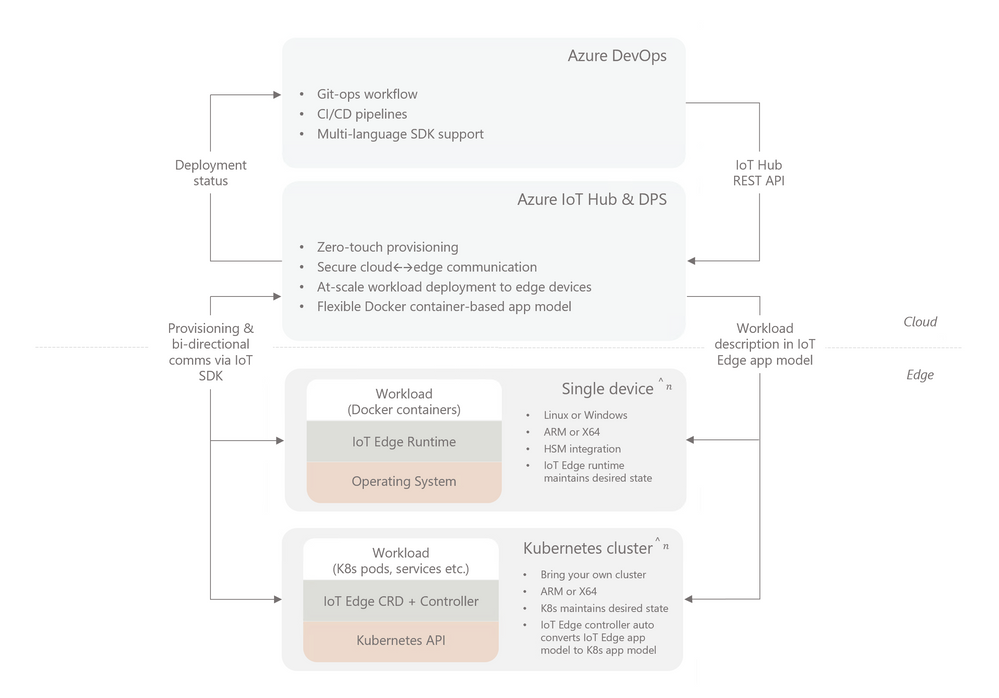 Check out https://aka.ms/edgek8sdoc for all the details. We look forward to your feedback!