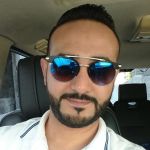 Are you not getting the performance levels that you want when using Foreach Loops in Logic Apps?

The foreach loop with variables is slow by design, because each time the array variable is updated there is a round trip to storage and there is contention as well. “Foreach” scope is intended for running scenarios that require durable pan-out and pan-in and not intended for data transformation.

The foreach loop is not intended to be used for data transformation or heavy loads. Assigning variables in foreach loops can become a heavy scenario if the iterations are high, this is because the foreach persists the data information in storage and the round trip adds up to the total time of the process. A better solution is to use inline code for this purpose which will give you much better results.

Before we start with our simple solution, let's explore some other options that we have to accomplish the same:

Instead of using Append to array variable, you can remove the loop and replace it with inline code.

The script below, very simple, and you can alter it based on your scenario, like returning CSV, concatenate data, or parse JSON in different ways, etc.

I am using body.body because my testing JSON has it twice. In your scenario reference your JSON data as it is. 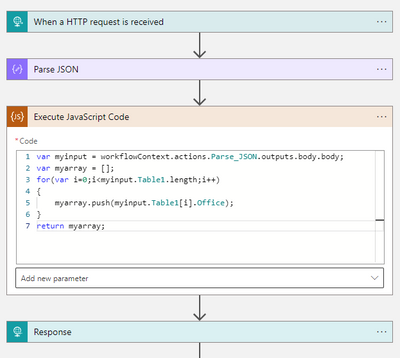 Please Note: That the size limit that the script can handle is max 50MB, and can only run for 5 seconds for Consumption, and 15 seconds for Standard. Limits and configuration reference guide - Azure Logic Apps | Microsoft Docs

If your scenario requires more running time for the script, you can move the inline code to a function app and use it.