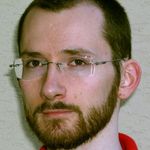 The Logic App SAP Connector is a Generally Available component for Azure which allows easy integration with SAP ECC and S/4 HANA today.

When using this connector in our multi-tenant offering, customer needs to deploy the On-Premises Data Gateway (OPDG) to bridge from the Azure cloud to the private network containing the SAP instance to connect to. Generally no production SAP system is directly exposed to the Internet. Furthermore the OPDG allows the customer to install the necessary SAP client libraries "SAP .NET Connector" also known as SAP NCo.

The detailed installation instructions are available in the connector's public documentation, with this subsection specific to multi-tenant environment.

From Logic App to SAP

Logic App SAP Connector (LA) makes calls to the gateway cloud service (CS) which acts as relay to the OPDG. Internally the CS uses Azure Service Bus and the OPDG can be used to connect to a range of other back-end services besides SAP such as SQL, SharePoint, File shares. Full architecture for the gateway service can be learned in this public documentation article.

On the OPDG the SAP adapter creates an RFC Client (RFC-C) via the SAP NCo library which finally talks with the SAP system.

The messages send this way may have a synchronous response. Such is the case when calling a list method on a BAPI business object for instance.

Some other messages are asynchronous by nature, like sending an IDOC, and while there is no response from the SAP system, the transaction Id of the underlying call is returned by the SAP adapter to allow later de-duplication and troubleshooting.

For advanced used it is also possible to transmit payloads larger than the 2.5 MB allowed by the gateway Azure Service Bus relay. This requires uploading the payload to an Azure Storage blob accessible from the private network, and provide the full SAS URL instead of the payload in the call to the LA SAP Connector.

For SAP to initiate calls to Logic App via the SAP Connector Trigger, LA sends an initial registration message when the trigger is first saved and each time it is modified. The SAP Adapter on the OPDG will register an RFC Server (RFC-S) with the SAP system. This RFC Server is identified by a Program Id inside SAP such that RFCs and BAPI methods may be call against it, or IDOC may be send to a Logic System (LS) partner configured for this Program Id. The OPDG SAP adapter will relay the calls from SAP to the RFC Server as HTTP Webhook callbacks to Logic App. The Logic App may further synchronously respond on the Webhook with a response payload for SAP.

The detailed steps to configure sending IDOCs to SAP are part of the public documentation for the connector in this subsection.