Turn on suggestions
Auto-suggest helps you quickly narrow down your search results by suggesting possible matches as you type.
Showing results for
Show  only  | Search instead for
Did you mean:
w3wp.exe crashes periodically (Error 0xc0000374)
By 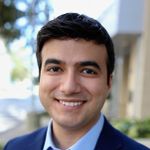 This issue could be result of the slow performance of an application.

The first step would be running DebugDiag tool to collect crash dump. The crash dump should tell the root cause of the issue. In my case, it was a heap corruption:

To solve a heap corruption, try these:

DebugDiag logs provide a valuable information to narrow down the issue. However, some causes such as heap corruptions may require a further analysis. WinDbg is a useful tool to troubleshoot heap corruption issues.

In another case, the stack trace showed MicrosoftInstrumentationEngine_x64 which points a bug. In order to solve this issue, you should uninstall Microsoft Monitoring Agent (SCOM agent) and restart the machine. If you need to install it back, install it by using the command provided by Microsoft: