Turn on suggestions
Auto-suggest helps you quickly narrow down your search results by suggesting possible matches as you type.
Showing results for
Show  only  | Search instead for
Did you mean:
Troubleshooting Memory Leaks in Windows Store Apps
By


There are many options to troubleshoot memory leak issues in .NET applications. Most common approach is capturing a memory dump just before terminating the process and looking at the object count and gcroots. Most of the time this approach works, but in few cases where the application has too many short lived and too many long lived objects, it is hard to determine which objects are leaking and which objects are cached.

Another common approach is capturing multiple snapshots at the same location of the application after executing the application functionality that causes memory leaks.  Comparing these snapshots, we can easy tell which object count is increasing and we can do gcroots on only those objects.

In this blog post, I would like to show how NP .NET Profiler can collect multiple snapshots and generate different reports to determine which object count is increasing. 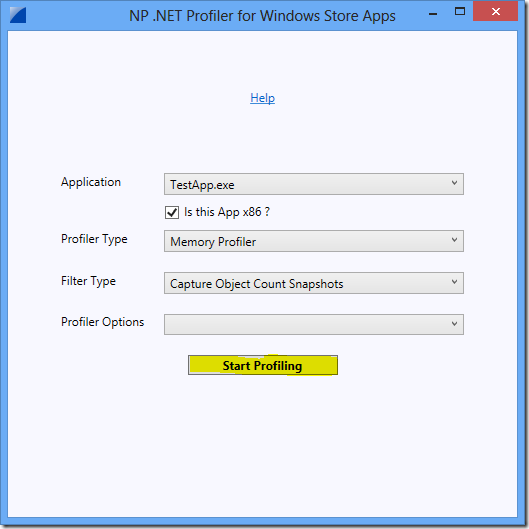