Turn on suggestions
Auto-suggest helps you quickly narrow down your search results by suggesting possible matches as you type.
Showing results for
Show  only  | Search instead for
Did you mean:
Azure Government Bot through Bot Composer
By

I was recently troubleshooting an issue with Bot Composer 1.2 to create and publish the bot on Azure government cloud. But even after performing all the steps correctly we end up getting a 401 unauthorized error when the bot is tested on web chat.

Below are the things that need to be added to bot for making it work on Azure Gov cloud.

Just to isolate the problem more, we deployed the exact same bot from composer on Normal App service and (not azure government one) and everything works smoothly there. So we got to know that the issue only happens when the deployment happens on the Azure government cloud.

We eventually figured out the following steps that are needed to make it work properly over azure government cloud.

** We need to make a code change for this to work and for making the code change, we would have to eject the run time otherwise composer will never be able to incorporate the change. 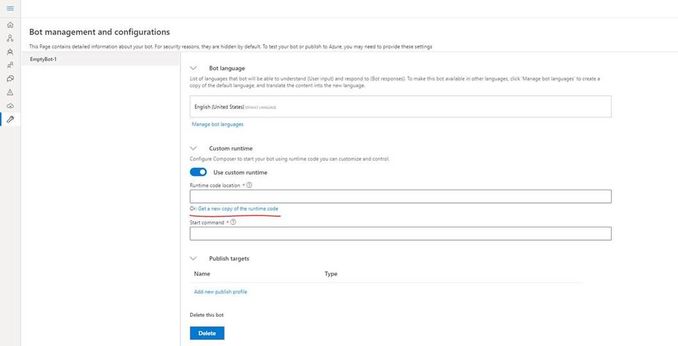 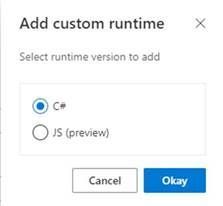 Once you do that, a folder called as “runtime” will be created in the project location for this composer bot.

Now we need to build the schema by using the given script : (from powershell)

Next we need to publish this bot to Azure app service, we will make use of az webapp deployment command. Firstly create the zip of contents within the ".netcoreapp3.1" folder (not the folder itself) which is inside the runtime/azurewebapp/bin/release :

Now we will use the command as follows :

This will publish the bot correctly to Azure and you can go ahead and do a test in web chat.

In short we had to make few changes from code perspective to get things working in Azure government cloud and for making those changes to a bot created via composer we need to eject the runtime and then make those code changes, build and update the schema and finally publish.