This post by Microsoft MVP Tracy van der Schyff is in conjunction with the Uptake Podcast episode in Johannesburg.

A sense of belonging.

For those who don’t know me, I’m a crazypants-wearing, motorbike-riding girl from South Africa who travels the world on a mission. That mission is to help every person I meet achieve something and be better than they were the day before. My motto is “facilite the evolution of human capabilities”, and this is my crazy story.

I never studied after school and mostly ended up in jobs that only put food on the table. I’ve always been an empathetic, curious problem solver with the ability to create my own happiness wherever I find myself, and that has surely been my superpower.

This curiosity is what steered me towards IT and for the last 15 years that’s been my focus. Specifically, Microsoft technologies with my entry in SharePoint.

Do something every day that scares you.

8 Years ago I was asked to speak at a large local conference in Johannesburg. When asked, I couldn’t stop laughing! Eventually I accepted and after that, I didn’t sleep for days.. For someone who (apart from meetings) had never spoken publicly this was the most terrifying thing I had ever done outside of my comfort zone. I was convinced everyone would know I was  a fake and that I had no idea what I was talking about. The morning of my session I begged the conference organizer to cancel my session – I would fake my own death to get out of it. Of course, they wouldn’t, and I’m thankful for that. This was also the first and last time I had ever practised a presentation as I realised that my brain simply does not work that way. Still, against all odds, I had about 50 people waiting for me after my session. Not to laugh at me, but to ask me questions and meet me.

Up until then, I had no idea that a community existed outside of my lonely office. Within months, I was on a plane – my first time overseas - to the SharePoint Conference in Las Vegas as an attendee. This conference is when the hunger games started. Not scary Hunger Games like the movies, but a hunger to learn more, meet more people, and become part of the community. An insatiable hunger to help and to belong.

Over the next couple of years, I said yes to nearly every opportunity to either speak, help out at, or organize conferences. I did crazy things like challenge myself to write a blog every single day for 2 years and put all my efforts into continuous learning and sharing my journey. Learning through sharing became a reality and no matter how much I gave away, what I received back was always so much more.

I don’t know everything, but I know everyone who does.

Now this might sound like a fairytale to you, but I was there, and I spent most of it believing that I was not good enough. Always measuring and questioning myself, never feeling quite at home or like I belonged at these conferences,  events, or in this community. The imposter. The fake. The scared girl who got on stage for the first time so many years ago was still there. And she was messing with my head. Now this bit was (and still is) more difficult than fixing a broken InfoPath form. I had to admit that in my actions of comparing myself to others, I was trying to be perfect at everything. I realised all I had to do was surround myself with the people who didn’t suck at the things I sucked at. And voila! Problem solved. At about the same time I came across an African (Bantu) word “Ubuntu” that means “I am who I am, because of who we all are.” This became a symbolic reminder that together we are better, and that I no longer had to be or know everything. I just needed to know everyone else who did.

As my community family grew and I got to know people better, I realised they were so much more than “1’s & 0’s”. I never could have imagined I would be in the middle of this digitally transformed world filled with artificial intelligence and robots at our beck and call, find a community filled with compassion, ready to forgive, and willing to be vulnerable. For this, I am ever so grateful.

Thank you for accepting me for who I am, for always being willing to help, and for giving me mentors and friends to look up to. Thank you for the place where I belong. 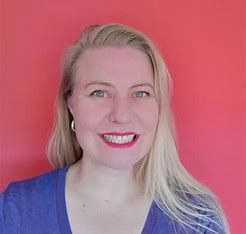