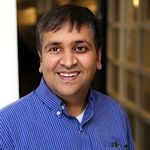 When we build healthcare apps like FHIR Blaze, NurseHack4Health's TeamBuilder or internal apps we will always move faster if we're running against a GraphQL middleware.  It doesn't matter if you're building frontend, backend, or accessing PII, a GraphQL middleware will help you move faster.   We've already done a series of videos and posts on how to get up and running with dotnet based GraphQL.  But what if you want to get running RIGHT NOW and you want to do it using JavaScript?

Apollo Server is a node.js based GraphQL server.   Read more about Apollo.

Why deploy in a Function?
Functions are cheap- pay only for execution time.
Functions minimize boiler plate.  In the sample below you'll see we have 4 files with less than a hundred total lines of code.

Functions scale from 1 invocation a year to 1000s a second with no change on your part.

Let's get started. Or skip ahead to the code sample.

Follow this tutorial to create a new JavaScript function.

Follow these directions to setup Apollo or follow my steps below that walk you through the steps.

Run the npm install command with the following packages.

The documentation does not include the azure-functions-log-intercept package, but it will greatly help you.  This package will dump Apollo logs to the console.  If you don't include this package Apollo logs will not be persisted in Azure.

In Visual Studio Code you should now be able to hit F5, or you can run the following command to start the server:

When your app starts you'll see a line similar to this:

If you go to your browser you'll see Apollo's PlayGround IDE up and running.

There's a lot to cover on what we could do with GraphQL.  But for now let's move on to calculate costs of running Apollo.    Open up the Azure Cost Calculator.

Location: Your Choice (I used West US)

Execution time: for each Apollo call will be less than 10ms, but let's keep execution time at 100ms (default).

Total cost will then be updated, and depending on many factors will be less than $1

Less than $1 to run a world class GraphQL endpoint!!  And with almost no code!

Do not run Introspection or Playground in production.

Consider fronting your GraphQL endpoint with an APIM to validate auth. tokens.

If you're looking for an easy way to require authentication to access the GraphQL implement EasyAuth.

What's Next?
Now that you know you can run Apollo Server in Azure for a very very low cost you should use it!   More articles coming soon about #GraphQL.

Go further with GraphQL with these additional examples:

A working Apolloo GraphQL Server as a Function used for NurseHack4Health

Advanced GraphQL and why you should use it with Healthcare data. 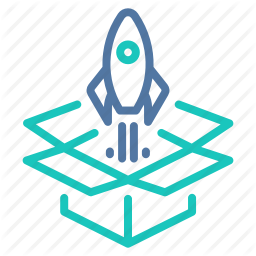