Turn on suggestions
Auto-suggest helps you quickly narrow down your search results by suggesting possible matches as you type.
Showing results for
Show  only  | Search instead for
Did you mean:
Mapping Google Cloud IAM concepts to similar ones in Azure
By 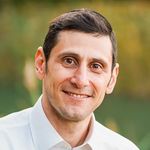 Mapping Google Cloud IAM concepts to similar ones in Azure

In this article, I try to create a short mapping of key Google Cloud IAM (Identity and Access Management) concepts to similar ones in Microsoft Azure.

If you see things that are wrong or incomplete, please leave a comment with what I should fix.

For a more general Google Cloud to Azure comparison, you can refer to the Azure for Google Cloud Professionals document.

Please leave comments or questions below or on twitter.com/ArsenVlad

Originally published at https://arsenvlad.medium.com/mapping-google-cloud-iam-concepts-to-similar-ones-in-azure-e821b1a7fbc on March 23, 2022.