Windows Server 2012 R2 introduces a new functionality that allows a virtual machine (VM) to be moved to another node in a failover cluster, using live migration if a network that it’s using becomes disconnected.  This improves the availability in cases where a network connection issue may cause clients using the services running inside the VM to be cut off by moving the VM to a node that can provide the networking access to the VM.  By default, the Protected Network setting is enabled for all virtual adapters with the assumption that most networks that a VM uses will be important enough to want to relocate the VM if it becomes disconnected.


The VMs network adapter settings have a new property in the advanced configuration section that allows you to select whether the network that the adapter is connected to is important enough to the availability of the VM to have it moved if it fails.  For instance, if you have an external network where clients connect to the application running inside of the VM, and another network that is used for backups, you can disable the property for the network adapter used for backups but leave it enabled for the external network.  If the backup network becomes disconnected the VM will not be moved.  If the client access network is disconnected, the VM will be live migrated to a node that has the network enabled.


It is important to note that we do recommend using network teaming for any critical networks for redundancy and seamless handling of many network failures.


Let’s take walk through some of the concepts to illustrate how this functionality works and ways to configure it.


The diagram below (Diagram 1) shows a simple 2 node cluster with a VM running on it. 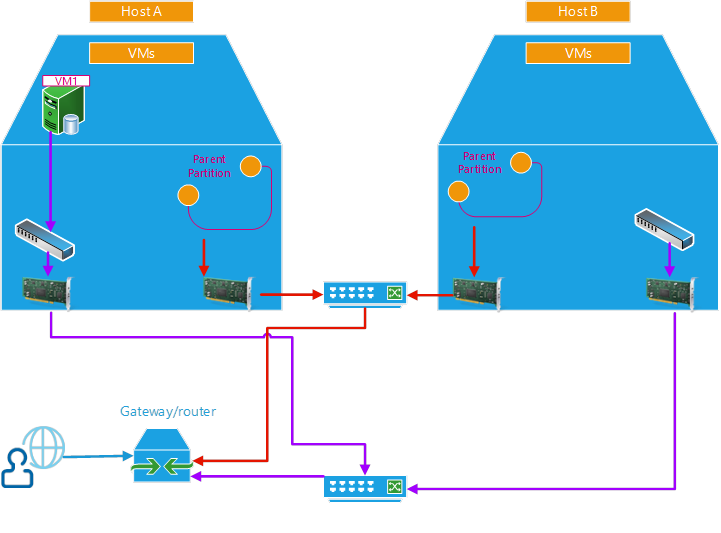 
Let’s take the same configuration and add another network adapter to each of the nodes and connect it to another virtual switch on each node (see diagram 2 below).  We then configure the VM for a second virtual adapter and connect it to the new virtual switch.  For this scenario, the network may be used for backups, or for communications between VMs for which a short outage doesn’t affect the clients that use the VM.  Let’s call this new network “Backup”.


Because this new network can tolerate short outages, we want to configure the V’s virtual adapter to not be considered a critical network.  That will allow the Backup network to become disconnected without causing the VM to be moved to another node of the cluster.


To do this, open the VM’s settings, go to the virtual adapter for the Backup network, and then expand it so you see the “Advanced Features” item.  The option to clear the “Protected Network” check box will be shown (see Screen Shot 1 below).


By default, the Protected Network setting is enabled for all virtual adapters with the assumption that most networks that a VM uses will be important enough to want to relocate the VM if it becomes disconnected. 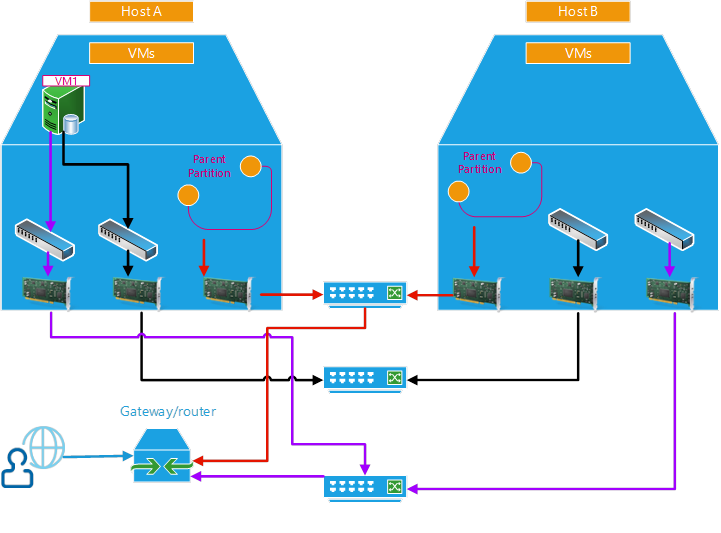 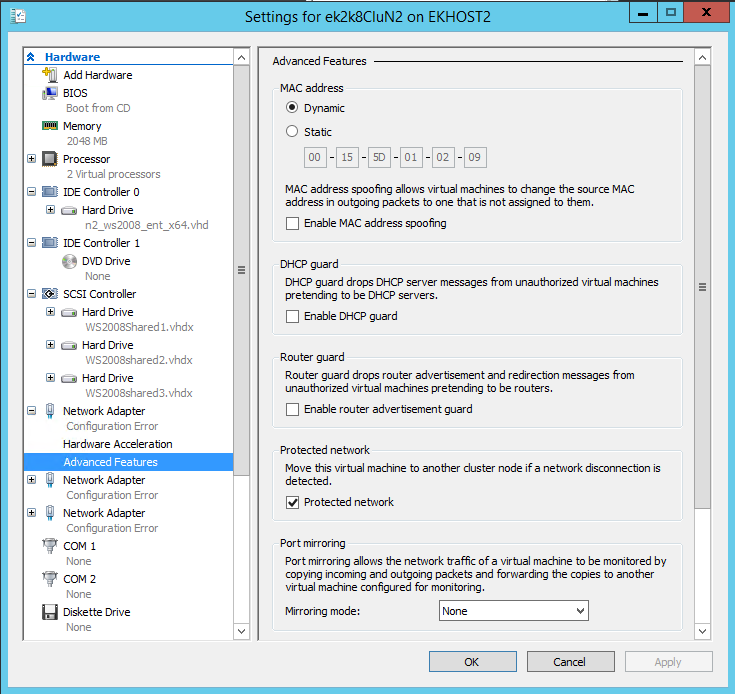 Here is the Windows PowerShell command that will disable the ClusterMonitored property for network adapter that is configured to use the virtual switch named “Private”.


You can test this behavior by disconnecting the network cable for the physical adapter of a server where a VM is running.


This means that the time a specific VM takes to identify that a virtual switch is connected to a disconnected physical NIC can be very short or up to 60 seconds, depending on the timing of when the disconnect happened and when the next check for the VM will occur.


This means that if you have more than one VM using a switch that becomes disconnected, not all the VMs will go into the state that will cause them to be live migrated at the same time.


As noted previously, if the network becomes connected again, if there are any VMs that are queued to be moved, they will be removed from the queue and remain on the same server.  Any live migrations in progress will finish.