In this guide I use a 2-node cluster so when I split the cluster into 2 logical groups, each group will have 1 node.  If you have larger clusters, you can walk through this guide in as many iterative steps as you need to gradually upgrade all of you nodes to SP2 while ensuring that the remaining nodes can sustain the running workloads of the services and applications in your cluster and you maintain quorum.


2)      Move all resources to the first node or subset of nodes (in my 2-node cluster I will move them to node 1).  A best practice is to also pause the node(s) you are about to upgrade by right-clicking the node name and selecting 'Pause'.  This will prevent resources from failing over to them (this has been skipped in this blog post). 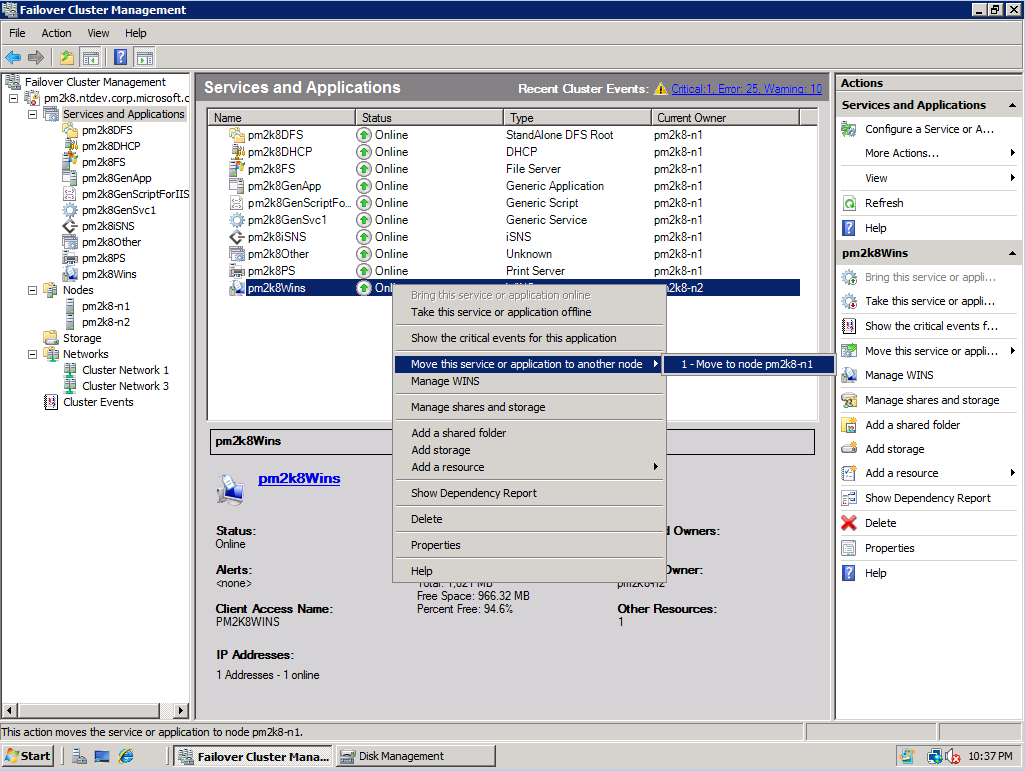 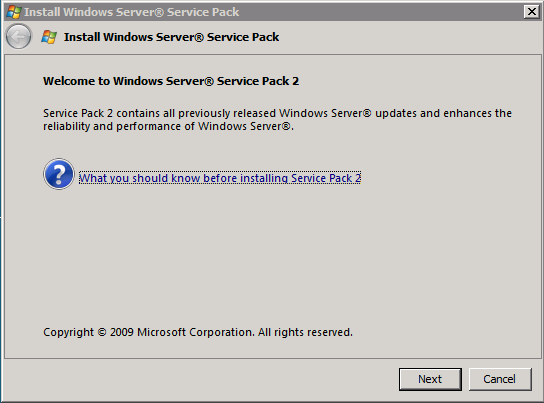 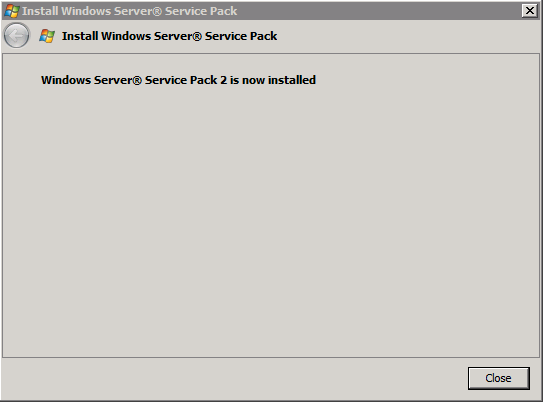 4)      Move resources to the second node or group of nodes (if it was paused, resume it first).  It is best to be in this 'mixed version' state for as little time as possible.  You may want to control the failover of your Core Cluster Group or Witness Disk which can be done using PowerShell or Cluster.exe, however this is not required as these resources will automatically failover during the upgrade. 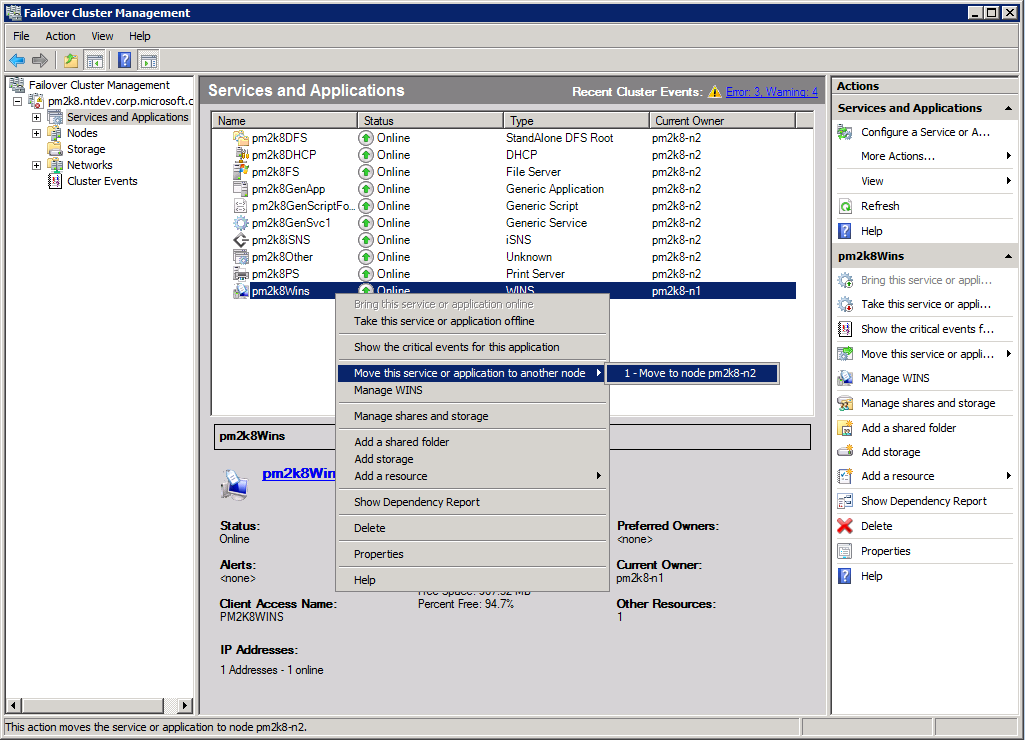 5)      Upgrade the first node or group of nodes (those which are not hosting any HA resources).  You may want to pause the node(s) first. 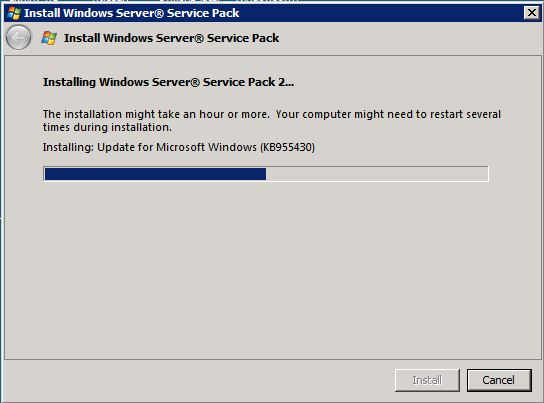 6)      Redistribute your resources across your nodes.  Resume the node(s) first, if necessary. 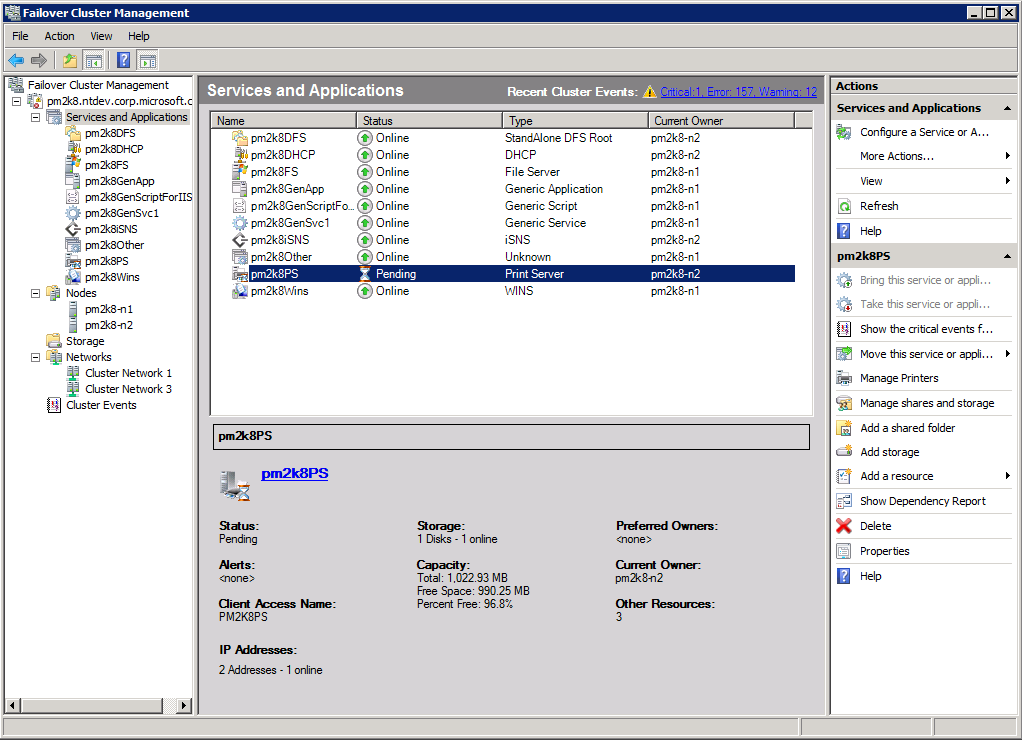 All of your nodes are now running Windows Server 2008 SP2 and you have finished you rolling upgrade.  A KB article for adding service packs to any version of clustering is available at: http://support.microsoft.com/default.aspx/kb/174799 .