Turn on suggestions
Auto-suggest helps you quickly narrow down your search results by suggesting possible matches as you type.
Showing results for
Show  only  | Search instead for
Did you mean:
Updated: Exchange Server 2013 Deployment Assistant
By

We’ve updated the Deployment Assistant to include the following new scenarios: 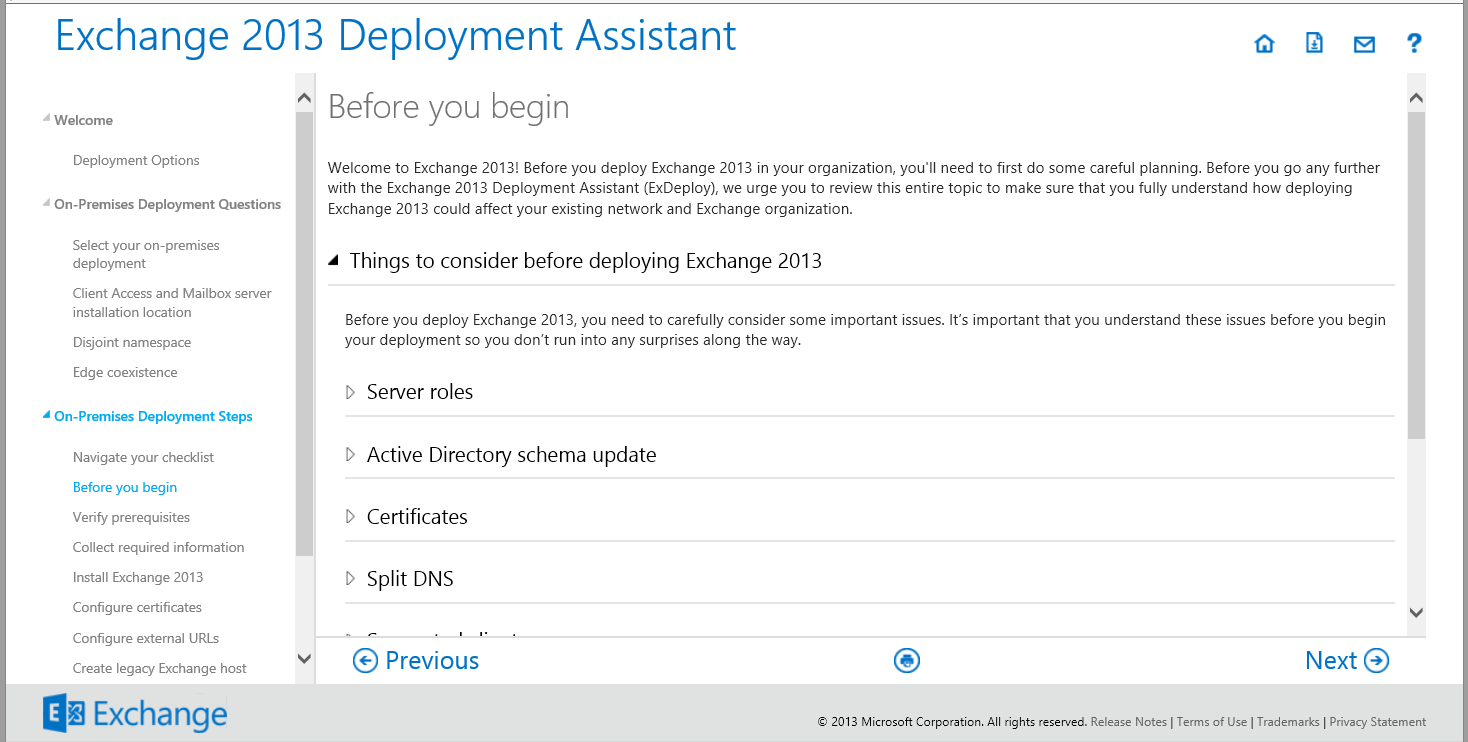 And for those organizations that still need to deploy Exchange 2010 or are interested in configuring an Exchange 2010-based hybrid deployment with Office 365, you can continue to access the Exchange Server 2010 Deployment Assistant at http://technet.microsoft.com/exdeploy2010 (short URL: aka.ms/eda2010).