SP1 has already been deployed to thousands of production mailboxes in customer environments via the Exchange Server Technology Adoption Program (TAP). In addition to including fixes, SP1 provides enhancements to improve the Exchange 2013 experience. These include enhancements in security and compliance, architecture and administration, and user experiences. These key enhancements are introduced below.

Note: Some of the documentation referenced may not be fully available at the time of publishing of this post.

These improvements help Exchange meet our customer requirements and stay in step with the latest platforms. 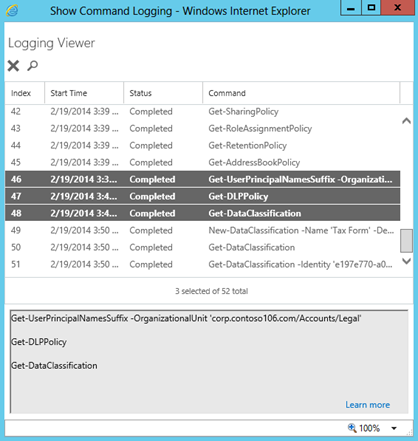 We know the user experience is crucial to running a great messaging platform. SP1 provides continued enhancements to help your users work smarter. 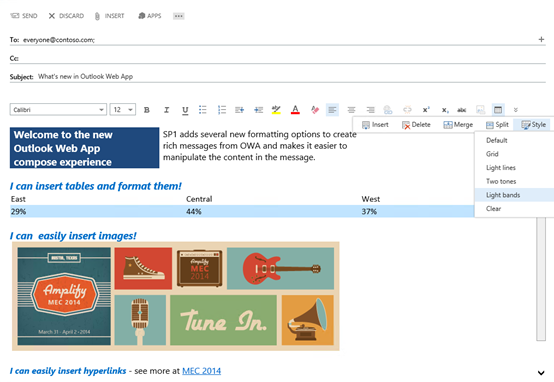 Prior to or concurrent with upgrading or deploying SP1 onto a server, you must update Active Directory. These are the required actions to perform prior to installing SP1 on a server.

Once the above preparatory steps are completed, you can install SP1 on your servers. Of course, as always, if you don’t separately perform the above steps, they will be performed by Setup when you install your first Exchange 2013 SP1 server. If this is your first Exchange 2013 server deployment, you will need to deploy both Client Access Server and Mailbox Server roles in your organization.

If you already deployed Exchange 2013 RTM code and want to upgrade to SP1, you will run the following command from a command line.

Alternatively you can start the installation through the GUI installer.

Customers in hybrid deployments where Exchange is deployed on-premises and in the cloud, or who are using Exchange Online Archiving (EOA) with their on-premises Exchange deployment are required to deploy the most current (e.g., SP1) or the prior (e.g., CU3) Cumulative Update release.

Our next update for Exchange 2013 will be released as Exchange 2013 Cumulative Update 5. This CU release will continue the Exchange Server 2013 release process.

If you want to learn more about Exchange Server 2013 SP1 and have the opportunity to ask questions to the Exchange team in person, come join us at the Microsoft Exchange Conference.