By now, many of you have seen the articles that discussed Address Book Policies, hosting changes, and the Hybrid Configuration Wizard, but deep down I know you all have been hoping that we would discuss the most sought after feature that we decided to include in Exchange 2010 SP2.

What’s that you say?  Yes, I know, Tony said that the “new features in SP2 are unlikely to cause much of a fuss” and that there are not that many new features in SP2 (I believe his exact words were “relative paucity”) in his SP2 announcement article over at Windows IT Pro.

First, let’s go over some definitions to make sure we are all on the same page.

In order to understand the various proxy and redirection scenarios, it's important to understand the mechanics behind what happens when a user authenticates against a CAS to access OWA as it happens today with Exchange 2010 pre-SP2:

In Exchange 2010 SP1, we changed things slightly which resulted in three types of redirection experience for OWA in the on-premises product:

Manual redirection enables customers to not have to funnel and proxy all traffic from a central location when there are CAS closer to the user’s mailbox. 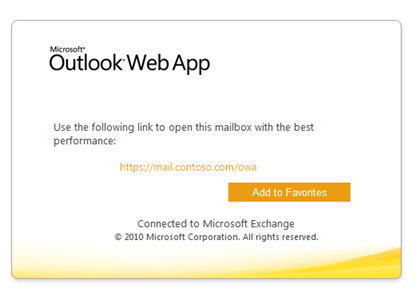 Figure1: Manual redirection when mailbox is located in another Active Directory site

Legacy Silent Redirection can also provide a single sign-on experience when Forms-Based Authentication (FBA) is used on the source and destination OWA virtual directories by issuing back to the web browser a hidden FBA form with the fields populated. This hidden form contains the same information as what the user had originally submitted to CAS2010 FBA page (username, password, public/private selector) as well as, a redirect to the target Exchange specific path and query string. As soon as this form is loaded it is immediately submitted to the target URL. The result is the user is automatically authenticated and can access the mailbox data.

At first glance, you might think, “hey, manual redirection is great, Microsoft” and to some extent you are correct. It is a great feature for the IT organization to control where users access their data (and thus forcing users to utilize the correct network links). But in reality, the experience is not optimal for the end user. In the scenario where the user uses the wrong OWA URL, the user performs the following actions:

It’s this experience where the user is told they used the wrong URL and that he has to enter his credentials twice that are the sub-optimal experiences with manual redirection.

A new parameter has been created to support Cross-Site Silent Redirection, CrossSiteRedirectType. This parameter is available on the Set-OWAVirtualDirectory cmdlet and supports two values, Manual and Silent. Cross-Site Silent Redirection is disabled by default (the default value is Manual), meaning that if you currently perform manual redirection between CAS in different Active Directory sites, it will continue after you deploy SP2.

If you want to enable Cross-Site Silent Redirection, set the CrossSiteRedirectType to Silent on the Internet-facing CAS OWA virtual directories:

When can I not obtain a SSO Experience?

These are the few scenarios where you can't obtain a SSO experience when redirecting between Active Directory sites:

Keep in mind, that while the SSO experience will be unavailable for these scenarios, a 302 redirection (what we refer to as a silent redirection) will still occur.