Every second on every Exchange 2013 server, Managed Availability polls and analyzes hundreds of health metrics.  If something is found to be wrong, most of the time it will be fixed automatically.  But of course there will always be issues that Managed Availability won’t be able to fix on its own.  In those cases, Managed Availability will escalate the issue to an administrator by means of event logging, and perhaps alerting if System Center Operations Manager is used in tandem with Exchange 2013. When an administrator needs to get involved and investigate the issue, they can begin by using the Get-HealthReport and Get-ServerHealth cmdlets.

Start with Get-HealthReport to find out the status of every Health Set on the server:

This will result in the following output (truncated for brevity):

The next step would be to use Get-ServerHealth to determine which of the ECP Health Set Monitors are in an unhealthy state.

This results in the following output:

As you can see above, both Monitors are Unhealthy.  As an aside, if you pipe the above command to Format-List, you can get even more information about these Monitors.

Most Monitors are one of these four types: 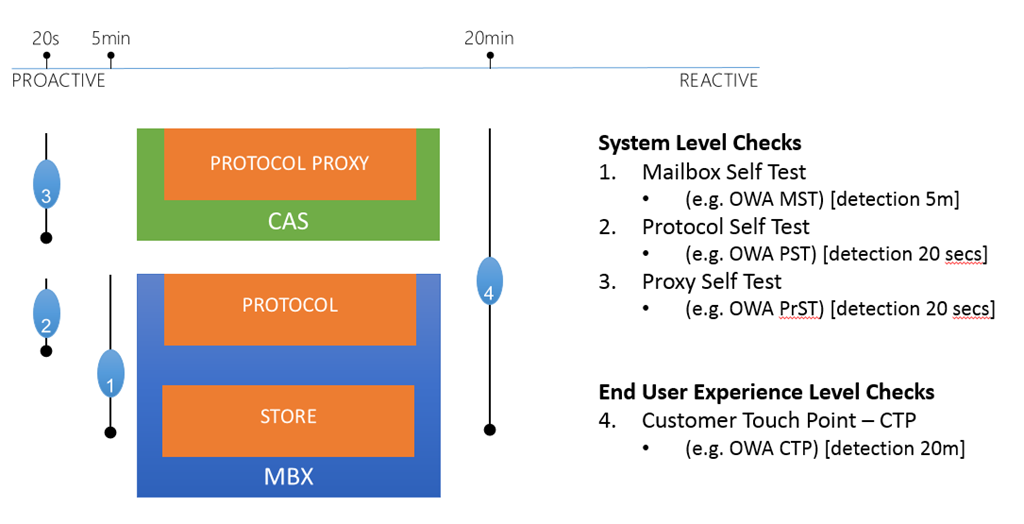 The EacSelfTestMonitor Probes along the "1" path, while the EacDeepTestMonitor Probes along the "4" path. Since both are unhealthy, it indicates that the problem lies on the Mailbox server in either the protocol stack or the store. It could also be a problem with a dependency, such as Active Directory, which is common when multiple Health Sets are unhealthy. In this case, the Troubleshooting ECP Health Set topic would be the best resource to help diagnose and resolve this issue.