Turn on suggestions
Auto-suggest helps you quickly narrow down your search results by suggesting possible matches as you type.
Showing results for
Show  only  | Search instead for
Did you mean:
Maintaining ActiveSync access to Exchange 2003 mailboxes after deployment of Exchange Server 2007 CAS role
By

EDIT: this post was edited on 9/25/2007 to clarify information related to the hotfix mentioned in KB 937031. Thanks to Vanitha for the edit!

As we mention in Exchange 2007 documentation, the first server role that should be upgraded when migrating to Exchange Server 2007 is the Client Access Server or CAS role.

The following illustrates the process of how an ActiveSync user whose mailbox resides on an Exchange 2003 server gets to their mailbox through an Exchange 2007 CAS:

1. Start Exchange System Manager, and then browse to the following location: 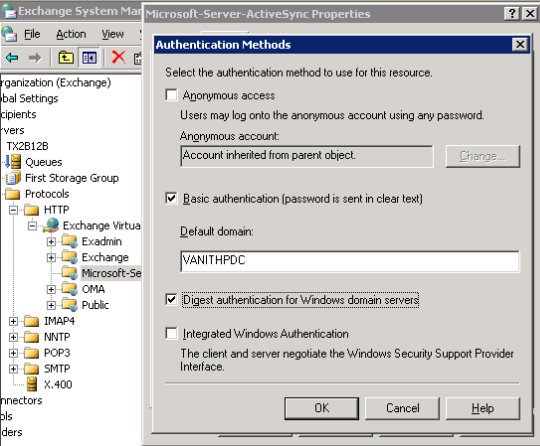 You have already installed your CAS; how can you check if you have this problem?

On your Exchange 2007 CAS server, there are two indicators of the problem with proxying to Exchange 2003 servers due to authentication settings:

1. The application log of the CAS server will show event 1036 which will look as follows: 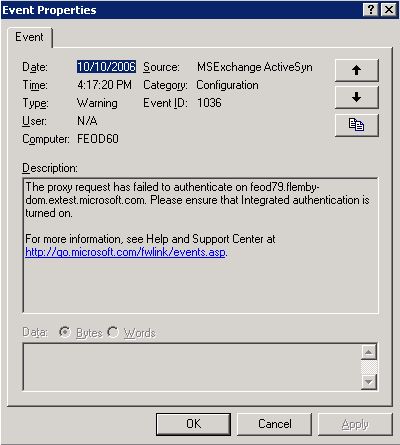 2. The IIS log on the CAS server will show the following: