What is this about

Next, when they initially created these Public Folders, they specified the target Public Folder Mailbox for this PF. For example:

Things are going smooth for some time, until they hire a new Admin (we’ll call him “Chuckie Sullivan”) who for whatever reason, decided to delete both of their Public Folder Mailboxes. Taking it a step further, he created a new Primary and named it “PrimaryN2.”

Once he realized the error of his ways, Chuckie recovered the former Secondary Public Folder Mailbox (SecondaryN1) to get the content back.

How do you recover a Public Folder Mailbox?

In Office 365, when a Public Folder Mailbox is deleted, rather than permanently deleting it right away, PF mailboxes are now “Soft Deleted.” These soft deleted Public Folder mailboxes can be located using Get-Mailbox -PublicFolder -ShowSoftDeletedMailbox:

W00t! Now we have a Primary PF Mailbox (PrimaryN2), but it has no clue about all that glorious data that was recovered via Undo-SoftDeletedMailbox -PublicFolder. When Public Folder Hierarchy sync finds Public Folders that don’t exist on the Primary, it re-creates them under a special folder called “LOST_AND_FOUND.” This resides at the root of the NON_IPM_SUBTREE, so it is not shown to end users via Outlook Web App or Outlook.

Great. But how do we find these orphaned folders?

For more information on the mechanics of Public Folder Hierarchy Sync, I encourage you to check out “The Latest on Modern Public Folders” as presented at Microsoft Ignite 2015 by Ladislau Conceicao, Brian Day, and Kanika Ramji. In the meantime, this simplified attempt at illustrating these concepts may help this scenario to be easier to understand. 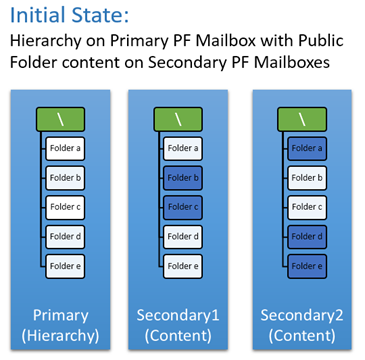 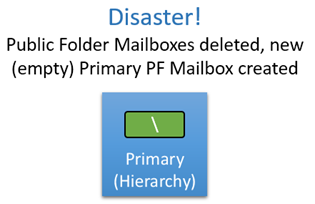 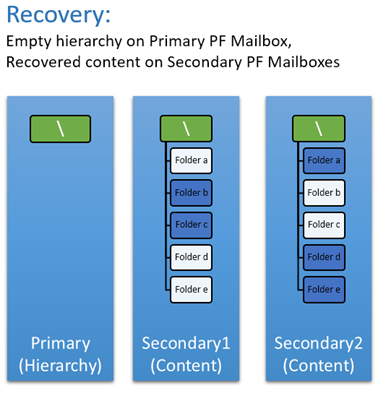 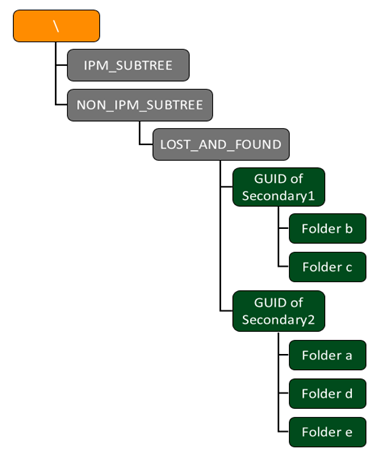 There is a new property called LostAndFoundFolderOriginalPath that is added to each Public Folder to keep track of where the folder originated in the Public Folder hierarchy. Let’s say we wanted to find out where PublicFolder_02 originally lived:

Awwyeah! We have successfully rescued PublicFolder_02 from what would have previously been certain death for that Public Folder. Here’s another example illustrating that the same steps are applicable for Subfolders of parent Public Folders. We have three Public Folders: "Fenway Park," "Right Field," and "Pesky Pole." The Public Folder hierarchy is illustrated below:

As seen from Powershell: