This morning on The Official Microsoft Blog, we revealed more details about our unified technology event for event for enterprises in May. The event will be known as Microsoft Ignite. If you are one of the many MEC conference alumni this is the conference for you. Microsoft Ignite is for Exchange customers using Office 365 or Exchange Server on-premises. Register now to reserve your spot and we will see you in Chicago on May 4th!

Shape the event | Join the YamJam

We are committed to making Microsoft Ignite an incredible and valuable event for all of us who are passionate about Exchange, Office, SharePoint, Lync, Project and Visio. We want your feedback to help shape plans for this event. Join us for a YamJam on the Office 365 Technical Network on Tuesday, October 21st 9:00 am – 10:00 am PDT to ask questions about the event and to provide feedback on what you want to see there. For those unfamiliar with a YamJam, it is similar to a “TweetJam” on Twitter or an “Ask Me Anything (AMA)” on Reddit, except it takes place on Yammer. 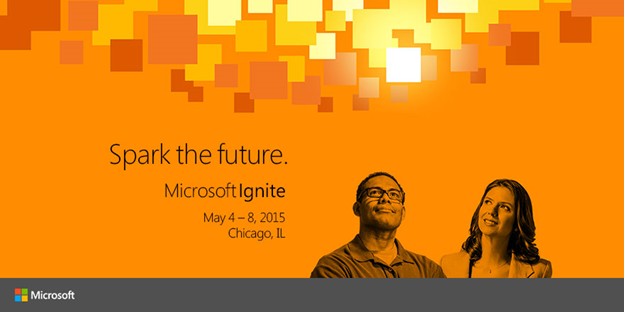 0 Likes
Like
Share
6 Comments
Not applicable
@Anon-1 - the event is designed to provide technical information for on-prem and service customers across the entire set of Microsoft technologies. Join the YamJam on 10.21 to share your priorities with event planning team. To answer your specific question

Or this will be another Public Cloud Marketing event??

System Center was already buried into Tech-ED ... and now Exchange and everything else goes in with it ... basically turning this into one week of sales pitches. I know MS is "all-in" with their cloud vision but have they already forgotten the "could your way"

This announcement makes the circle complete: With everything being cloud first there's no need for an educated IT force on the ground. Anything complicated will be handled by the Azure platform and so these conferences are a waste. The irony: they still treat

thier partners and consultants like it's the old model: why are we paying for expensive Microsoft Exchange certifications again? So you'll give us business based solely around migrating them to your SaaS so they never need our service again? SHouldn't you

be paying me for the privilege of giving away repeat business to your glorious OP-Ex model?

I never thought I'd say this ... but your average dice job hunt is now more Linux than Windows. It's simply because Microsoft is deliberately ignoring and throwing away the market they already dominate for the promise of another. If there's ever a "cloud backlash"

(and every bubble has a burst before it settles in) your going to find yourself with nothing to fall back on because you're happily ignoring that private cloud that is quickly turning into Linux based competitors. Soon MS will be the only cloud solution provider

using their own custom OS when they probably could be competing at multiple layers to be the cloud framework as WELL as a endpoint solution ... but instead ... well I've said enough.

First year in many I wont be at a MS event. It's officially a waste of money this year ... which is better spent brushing up on my perl and puppet because Linux has stolen the show while you weren't looking.

Can we expect the event to become available overseas (Europe, etc)?