As a last part in my series of posts covering Exchange 2007 CAS Proxying and Redirection (see previous posts here and here) - I wanted to cover Proxying for ActiveSync. There are three steps involved in handling a request:

The mobile device communicates with the First CAS via AirSync protocol. When a request is received by the Internet-facing Client Access Server, a decision must be made whether to handle it directly, proxy it, or return an error. The proxy decision relies on the Microsoft Exchange Active Directory Topology Service (MSExchangeADTopology) to determine if a request must be proxied. The following logic will be used for each request that is handled by an Exchange 2007 CAS. Please click onto the thumbnail to see the high resolution version: 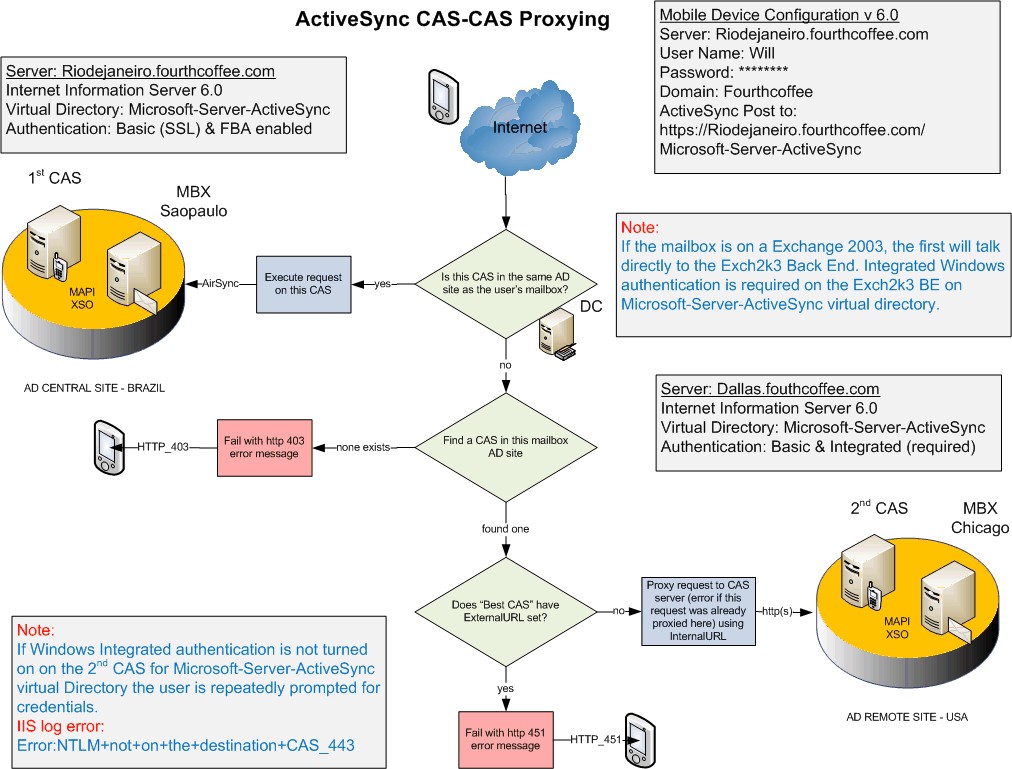