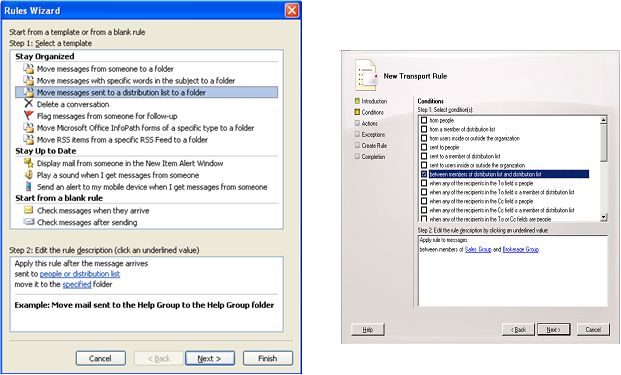 This section illustrates using the Transport Rules Editor to configure an example Ethical Firewall scenario: creating a transport rule to block e-mail messages between members of two distribution groups, except where a text pattern is in the message subject. Below are the details of this transport rule:

In the Introduction page of the wizard we can specify the name and comment of this transport rule. 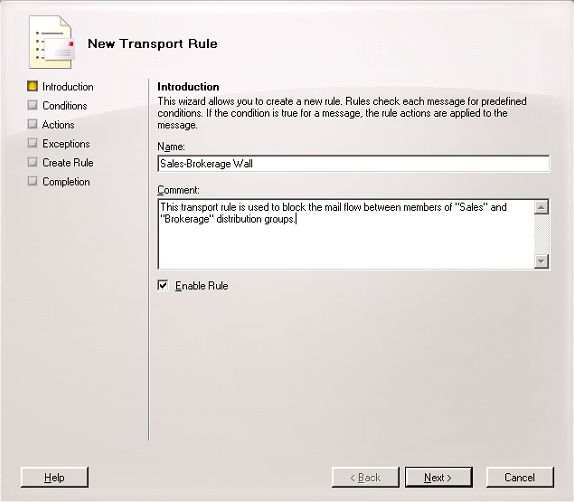 In the Conditions wizard page, we can specify the conditions for this transport rule. For the Ethical Firewall scenario, we specify the condition as messages between members of two distribution groups (lists): Sales Group and Brokerage Group. This Ethical Firewall scenario leverages existing Active Directory distribution groups; no need to maintain a separate directory service for compliance! 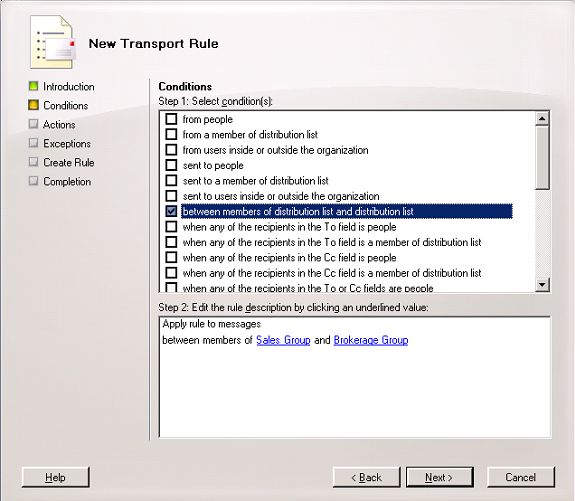 In the Actions page, we specify the action for the Ethical Firewall scenario as sending bounce message to the sender with value "E-mail messages sent between the Sales department and the Brokerage department are prohibited." and bcc'ing the message to the corporate compliance mailbox compliance@contoso.com. 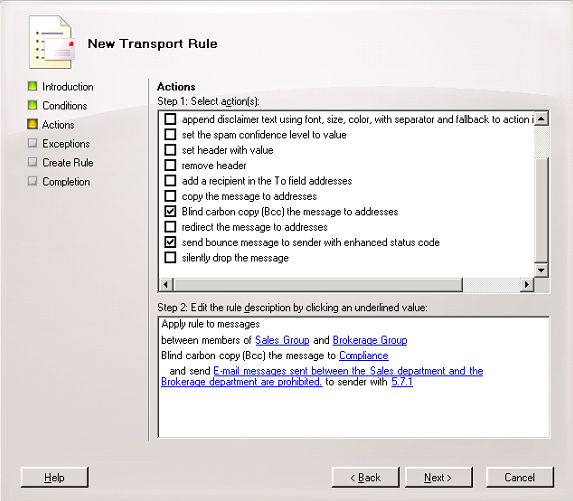 In the Exceptions wizard page, we specify the exception for this rule is text pattern "Press Release" in the subject. 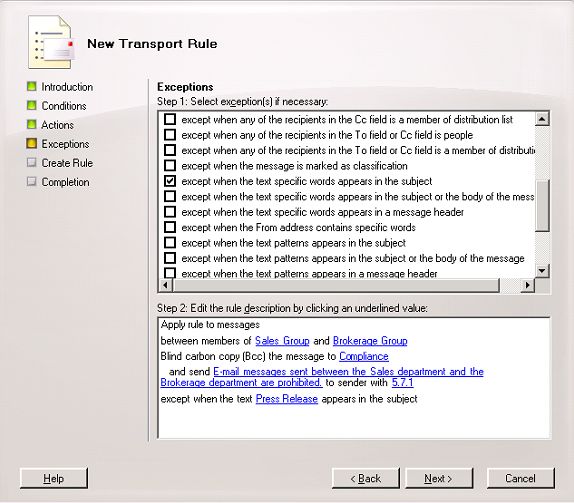 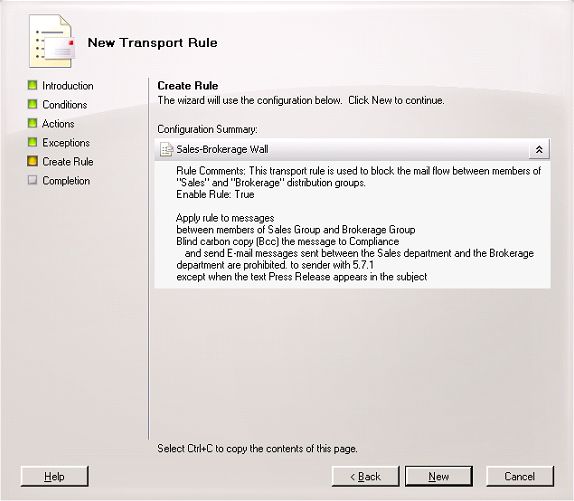 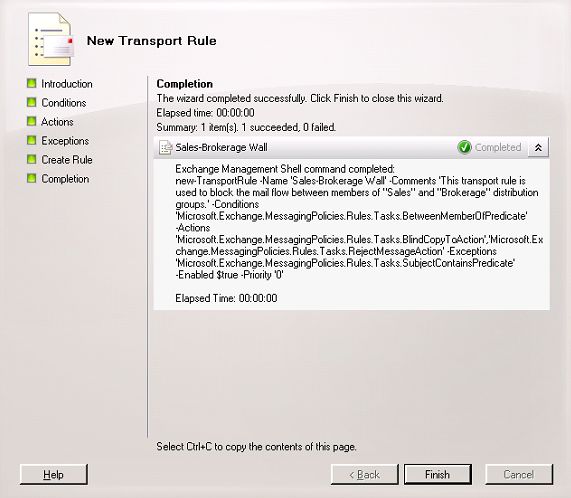 After this transport rule is created, if a member of either the Sales Group or Brokerage Group distribution groups sends email to a member of the other group without "Press Release" text in the subject, the message is refused and the specified bounce message is sent to the sender. If the message contains "Press Release" text in the subject, it can pass through this Ethical Firewall.

As we went through the stages to create a new transport rule, you can see that the experience is very similar to creating an e-mail rule in Outlook. We selected the condition, action and exception for the purpose of our example Ethical Firewall scenario. And as you can see from the screen shots, there are many other options that can be used to configure the conditions, actions and exceptions for transport rules to meet your corporate requirements.

You can view a demo video Enabling Compliance with Ethical Walls in Exchange Server 2007 for a similar ethical wall scenario.