This year 175 students from all around the world got together to try to solve some of the greatest challenges facing farmers trying to feed a fast-growing global population, as part of the Cornell Digital AG hackathon 2021.

Like last years hackathon, teams came together from 5 different universities - Cornell, the University of California Davis, the University of Sao Paulo from Brazil and Wageningen University from the Netherlands. Unlike last year, the students were all virtual, forming teams and hacking from home, connecting over video chat and on-line discussion tools. This bought a new set of challenges, especially as the students covered 14 different timezones! The downside was having everyone on-line at the same time for team building and the various formalities, but the upside is having a team with folks from all over the world meant there would always be someone awake to work on the hack when others were getting some well deserved sleep!

One of the things that makes these hackathons so great is the diversity of the students, especially the diversity of backgrounds. This hackathon is not full of the traditional CS crowd, instead it brings together disciplines ranging from Food science, veterinary medicine, biotechnology, geology, to architecture and hotel administration. This strong mix of students means that the final hacks are less focused on a delivered working prototype, but more on a part-working prototype along with plans for rollouts, evidence of feasibility, and strong business cases.

As always, Microsoft was in attendance to lend our expertise. We provided technical help with Microsoft Azure and Power Platform, starting by giving students access to introductory content that showed the range of technology available to them - available as a YouTube playlist of short sizzle-reel videos introducing a wide range of cloud, AI and IoT services. We then had experts on hand to answer questions around the technologies available, give feedback to students on their ideas, and even talk about jobs or internships at Microsoft.

As always, we came with some Azure Farmbeats experts, including an actual farmer and member of the Microsoft Farmbeats team Andrew Nelson who uses Farmbeats to manage his farm. If you've not come across Farmbeats before, it is a purpose built solution accelerator built to allow farmers to get actionable insights from data gathered from sensors or drones on their farms, and external data such as satellite and weather data. Data inside Farmbeats can be sent to external services to allow more value to be obtained, for example sending it to Machine Learning models to make predictions on plant growth.

You can read more on Farmbeats on the Microsoft Azure blog. Also check out this video starring Andrew talking about how he uses Farmbeats on his own farm.

Judging these events is always hard. I was privileged enough to be asked to be one of the judges for the opening round, as well as the final winners of a range of prizes. These are the teams who wowed us:

GRAND PRIZE WINNER - I like to Move it, Move It! 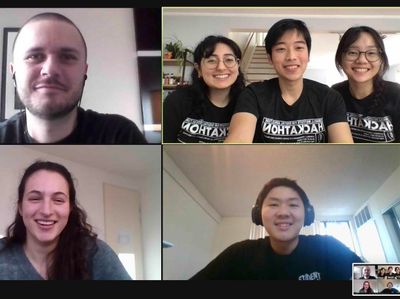 This teams idea was to create a model that puts monetary values on different routes of transportation to provide farmers and middle men with the profit maximizing route as an incentive to reduce food loss. They put together a bot that users could communicate with via text messaging that used an AI model to predict the best markets and routes to take to maximize profit and reduce produce loss. 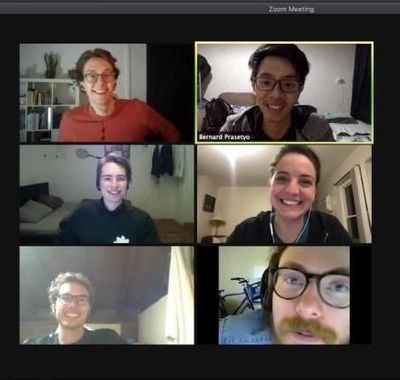 ScrApp is a marketplace connecting suppliers and demanders of food waste thus maintaining the value of food through market incentives. The team built a mobile app allow restaurant owners with waste food to match with farmers to buy this waste as animal feed. 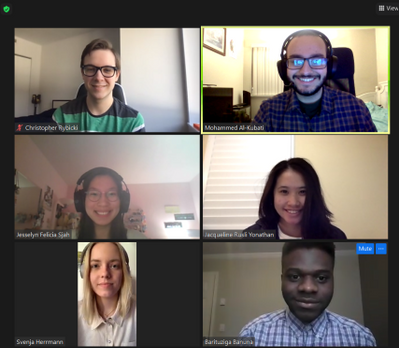 The Sprout!-app is designed to accompany novice urban growers in food deserts from seed to harvest and lets them connect with their community. It brings together knowledge and communities of growers, giving advice to novice farmers. It allows you to identify problems with your plants using an AI model trained using Lobe AI, a free tool for training image-based AI models. 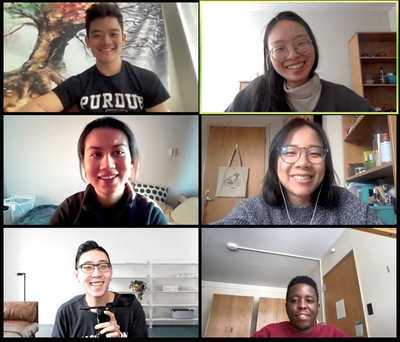 A drone-powered pheromone dispensing solution to locust swarms that combines hardware and software innovations. The team built an AI model that can be use to identify locust swarms, as well as areas that the swarms could be directed to to reduce impact on crops. Their plan is to use guided drones that dispense pheromones to direct locusts to these areas.

UnStuck Truck optimizes tractor lending in Brazillian sugar cane farms based on soil content and meteorological data, solving the frequent problem of trucks getting stuck on moist soil, soil compaction, and degradation. The app tells tractor drivers what areas are safe based on the current climate and know soil data, and what areas have a risk of trucks becoming stuck. 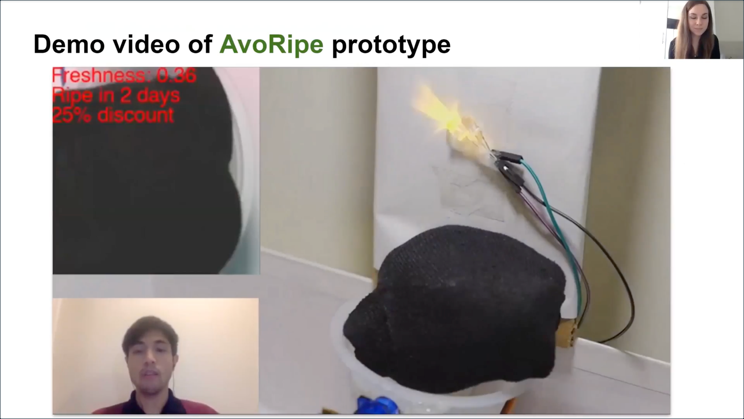 Preventing food waste by estimating the perfect consumption moment of fruit based on color with ML implemented in a device. This device using an AI model to predict the ripeness of fruit such as avocados, leading to dynamic pricing encouraging people to buy more ripe fruit and reduce food waste.

All the teams produced amazing ideas, products and pitches in a short space of time. You can read more about all the teams and watch their pitch videos on the Cornell Digital AG Hackathon 2021 website.

If you want to learn more about Azure IoT and AI services that were used for this hackathon, the best place to start is Microsoft Learn - our free on-line, self guided hands on learning experience.