Turn on suggestions
Auto-suggest helps you quickly narrow down your search results by suggesting possible matches as you type.
Showing results for
Show  only  | Search instead for
Did you mean:
New LEARN module: Write your first code in F#
By 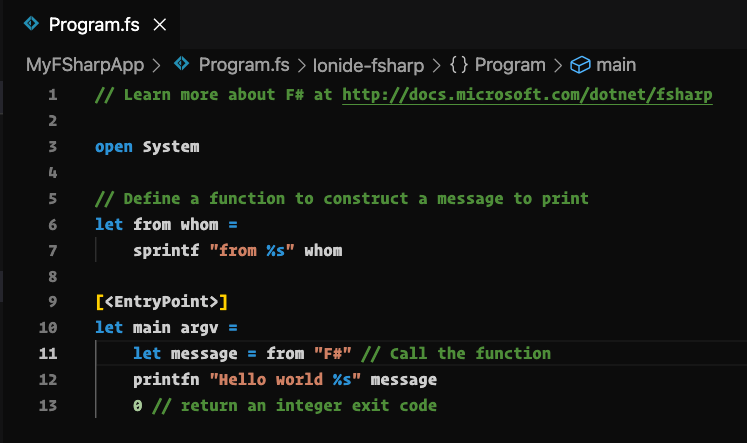 F# is an open-source, cross-platform programming language that makes it easy to write succinct, performant, robust, and practical code.

F# is a multiparadigm language that supports both object programming and functional programming. It also hooks into the .NET ecosystem which means that with it, you can build apps like

There are many language features and aspects of the F# language that make it easy to be productive when writing code:

There are a few things you need to get started.

You can start writing F# by using the REPL called FSI, you can also scaffold an F# project using the dotnet executable.

Then you get a project with files:

Here you have the code of Program.fs. Itt contains the functions from() and main(). main() is the entry point of the app, as seen by [<EntryPoint>].

How do I learn more?