Turn on suggestions
Auto-suggest helps you quickly narrow down your search results by suggesting possible matches as you type.
Showing results for
Show  only  | Search instead for
Did you mean:
Microsoft Build: Unpacking the Tech at the Reactor
By 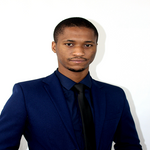 Microsoft Build: Unpacking the Tech at the Reactor

Build collaborative app that connect people, data, and processes to help over 270M Teams users thrive with hybrid work. Rapidly build powerful apps, bots, flows with a single integrated development stack that seamlessly blends low and pro code with Power Platform. This session will focus on the opportunities and practices for building collaborative apps. Join Microsoft Cloud Advocates, MVPs, and product engineers as we go deeper into the tech announced at Microsoft Build and share what we’ve learned. Join our session at: MSFT Build: Unpacking the Tech: Innovate with collaborative apps and low code

Who is it aimed at?
• Developers of all stripes
• Entrepreneurs, industry leaders, and IT Pros looking to for the latest
• Students or learning professionals interested in learning more about the newest tech

Why should you attend?
Learn about the latest tech announced at Microsoft Build
• Get a pulse at where the tech industry and Microsoft are headed
• Share your thoughts on what you liked at Microsoft Build (and what you’d like to see more of)
• Network with other professionals in our community

Microsoft Build: Unpack the Tech at the Reactors.

Everyone loves unboxing or unpacking that new phone or laptop or tech gadget. Like we’re unwrapping something new, unexpected, and meaningful…a gift to get excited about. Recently at Microsoft Build, we announced so many new products and opportunities! But if you’re a developer or an entrepreneur or industry leader, perhaps it can be difficult to decide what really matters to you. How to separate what’s experimental from what’s production-ready for your org? Where should you begin? What will make a real difference in your day-to-day work? Let’s unpack the tech of Microsoft Build and find out!

Speaker Bio
Hadeel Shubair (Cloud Advocate)
Hadeel is a Regional Cloud Advocate and Data Analytics Engineer for Microsoft, Middle East/Africa region. She holds a Master’s degree in Data Analytics and is passionate about learning and sharing her knowledge on tech topics including Data Analytics, AI, & ML. Before joining Microsoft, Hadeel held several appointments and roles including Google Women in Tech scholar through which she delivered several sessions to the community to motivate and empower young talents. Hadeel also served as part of the Data & Communications team overlooking the organization of the World Government Summit. On the other side, while at University, Hadeel chaired the Women in Engineering club, and was the Chief Editor of the Engineering Newsletter. As a Cloud Advocate for the Microsoft Reactor, Hadeel’s main goal is to take you on a journey to understand & learn more about Data and AI concepts and applications. She's passionate about technology, education, & growing the Data & AI community across the region.

Someleze Diko (Cloud Advocate)
Someleze is a young individual that is passionate about upskilling people from different communities using the different technologies at his disposal through being involved with initiatives that upskill and empower people. Today, he is an M365 and Power Platform Cloud Advocate at Microsoft focusing on upskilling students and communities through the Microsoft Power Platform. Before becoming a Cloud Advocate, Someleze was a Gold Microsoft Learn Student Ambassador in which he worked closely with other ambassadors to learn, upskill and empower students in different communities through hosting sessions that cover different Microsoft Technologies. He also served as a United Nations Peace Ambassador along side his team from Artpeace.

Gomolemo Mohapi (Cloud Advocate)
Gomolemo is a young South African who is determined to make a long-lasting impact on the world through technology. In university, he took it upon himself to create multiple written programming tutorials for his peers which significantly assisted those who were struggling to grasp programming concepts. Thereafter, Gomolemo joined the Microsoft Learn Student Ambassador program where he gained advanced technical skills and eventually expanded to host workshops, hackathons and speaking at various conferences. Gomolemo eventually fell in love with the Power Platform, because it was a low-code platform which gave way for him to empower and upskill not just those with a technical background, but anyone from any industry who was looking to learn how to build applications. He has since co-authored a Power Platform Udacity course and is now a Cloud Advocate at Microsoft focused on Power Apps and Fusion Development.

Watch the session now on demand