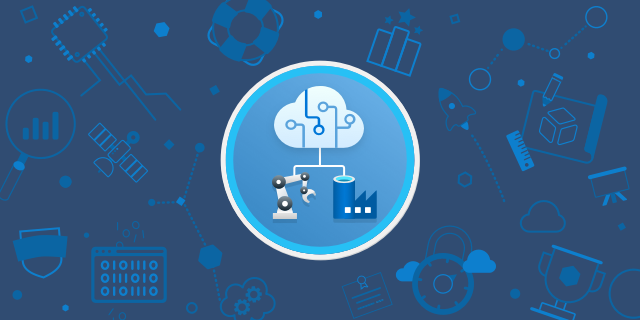 In this Microsoft Learn learning path, we take an interdisciplinary engineering approach. We aspire to create a standard template for many complex areas for deployment of AI on edge devices such as Drones, Autonomous vehicles etc. The learning path presents implementation strategies for an evolving landscape of complex AI applications. Containers are central to this approach. When deployed to edge devices, containers can encapsulate deployment environments for a range of diverse hardware. CICD (Continuous integration - continuous deployment) is a logical extension to deploying containers on edge devices. In future modules in this learning path, we may include other techniques such as serverless computing and deployment on Microcontroller Units.

Ultimately, AI, cloud, and edge technologies deployed as containers in CICD mode can transform whole industries by creating an industry-specific, self-learning ecosystem spanning the entire value chain. We aspire to design such a set of templates/methodologies for the deployment of AI to edge devices in the context of the cloud.

In this learning path, you will:

Explain the significance of Azure IoT and the problems it solves. Describe Azure IoT components and explain how you combine them to solve IoT solutions, which create value for enterprises.

Assess the characteristics of Azure IoT Hub and determine scenarios when to use IoT Hub.

Explain the essential characteristics of the IoT Edge and the functionality of the IoT Edge components (modules, runtime, and cloud interface). Characterize the types of problems that you can solve with IoT Edge. Describe how the elements of IoT Edge can be combined to solve the problem of deploying IoT applications in the cloud.

Deploy a prebuilt module to the Edge device https://docs.microsoft.com/en-us/learn/modules/deploy-prebuilt-module-edge-device/

Deploy a pre-built temperature simulator module to the edge using a container. The pre-built module will be deployed to an IoT edge device. You will check that the module was successfully created and deployed to the edge. You will view the simulated data from the deployed module.

The complete list of all Microsoft Learn, IOT Modules are available at https://docs.microsoft.com/en-us/learn/browse/?products=azure-iot%2Cazure-iot-central%2Cazure-iot-ed...