Turn on suggestions
Auto-suggest helps you quickly narrow down your search results by suggesting possible matches as you type.
Showing results for
Show  only  | Search instead for
Did you mean:
Engaging with students via playing video games
By 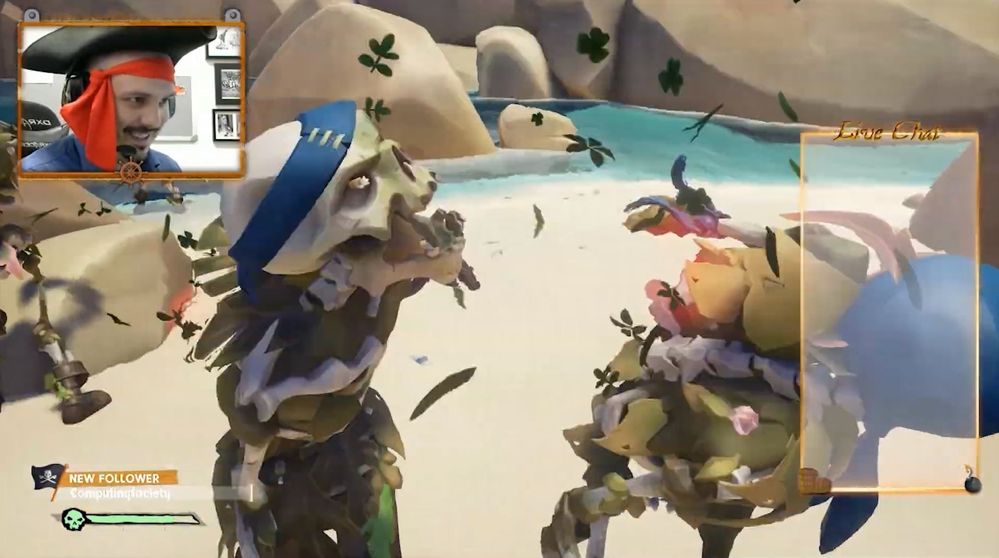 For the past two and a half years my team and I have been live streaming video games sessions with our students. We use this as an extracurricular pastoral engagement, giving students an opportunity to interact with staff in an informal setting.

Video games live-streams are a form of broadcast where players go online, and stream their video gameplay experience. They have become one of the world's most popular forms of online entertainment accounting for a significant amount of international internet usage. They are so popular that Twitch.tv (one of the most popular live streaming services) was bought by Amazon for US$970M in 2015. Now video games live streaming accounts for a significant amount of global internet bandwidth.

The majority of streaming services are community-driven with everyone capable of being a streamer or viewer. The majority of gamers already have the equipment they need to stream, and the majority streamers are amateur gamers, simply sharing their playing experience with the world. Video games broadcasting has essentially democroacissed reality television.

The video games live-streaming format has a number of advantages for student engagement initiatives. Firstly, a large number of students are already using these services as entertainment venues. By running initiatives on a live stream service we take activities to a platform the students are likely already visiting, rather than directing them to a service they wouldn’t otherwise use. Secondly, video games are inherently entertaining, the format keeps students engaged even during breaks in interaction. Furthermore, watching people engage in play is humanising, and the process of watching someone play a game is inherently disarming. We have found that livestreaming has helped to develop the approachability of staff. It's a great way of taking education to the students!

Games are inherently engaging, hence why millions of people watch sports on television every week. The game can help keep people engaged between questions. If someone doesn’t have anything to ask, they may still stay to watch the game. This gives them a chance to hear other peoples questions, and the time to formulate their own. Importantly, the game also keeps the staff team engaged. We always run our stream for a couple of hours, and students come and go as they please (and however suits their schedule). The game gives the broadcasting team something to keep them motivated between peaks in activity. 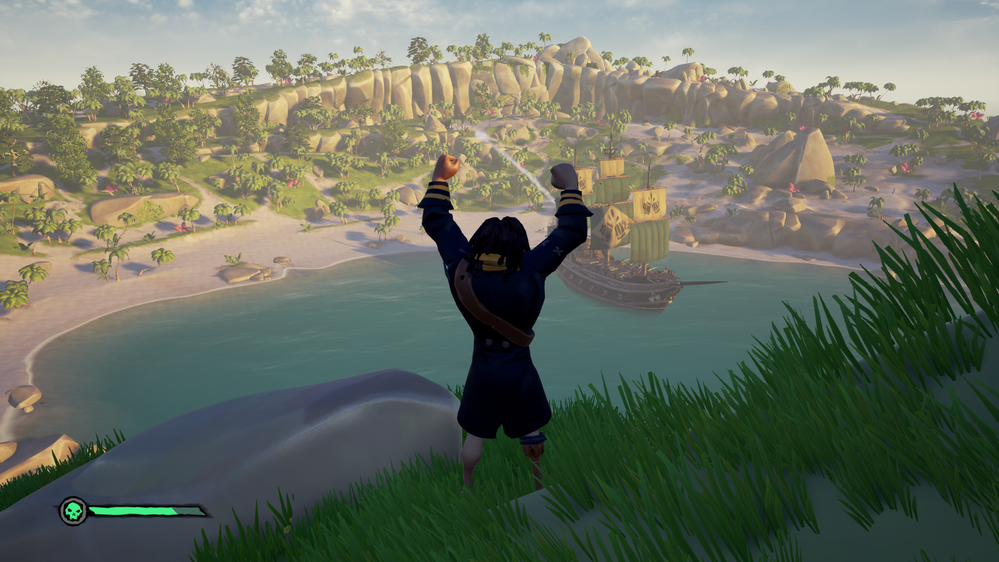 Getting Started with Live Streaming

Interested in starting with live streaming? You need some basic equipment, most notably a reasonably powerful computer, a video camera, a microphone, and some broadcasting software. You need a good computer, as broadcasting can be a computationally intensive process.

Regarding broadcasting software there are a number of options available. The most popular is arguably OBS (Open Broadcast Software) and there are many useful guides on how to set this up. However, OBS does require a certain amount of technical engagement. There are now a few cloud and web-based options (such as streamyard) which are much easier for non-technical individuals.

Once you have set up your software and hardware ready for streaming, you need to pick the game you want to play, and the team you want involved.

Not every game is suitable for live-streaming as a student engagement exercise. These are the points that we personally consider when picking a game.

We experimented with a number of different games before settling on Sea of Thieves by RARE ltd, a UK based games studio owned by Microsoft. Sea of Thieves is a multiplayer cooperative pirate simulator where players work together to complete quests, and is available for PC and Xbox. 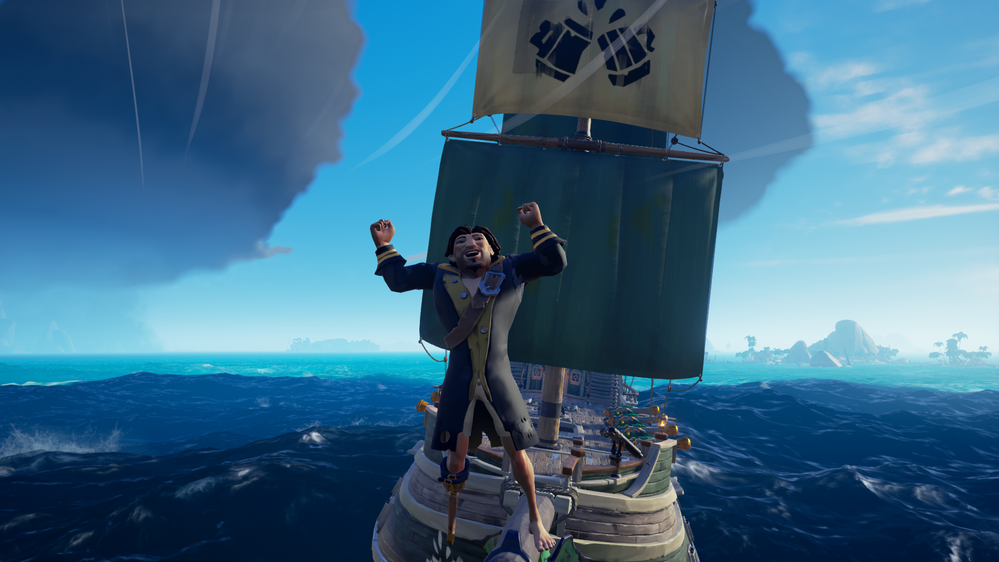 The game features lots of downtime built into its gameplay loop; each quest requires you to sail between islands which can take several minutes, this provides loads of time for interacting with the audience. The content is humorous and and lighthearted, and doesn’t include any mature content. Visually, the game is  rendered in a cartoon-like graphic style which is easy to follow from a viewer's perspective even if they are watching on a mobile device. Sea of Thieves  currently allows up to 4 players to join a pirate crew, which meant that we could invite a range of different staff and students to join the stream and be involved in these engagement opportunities. We also found that the cooperative nature of the game was a better fit for the ethos we wanted to promote than competitive games. Another big advantage for us was that the game was open-ended, with regular updates. This allowed us to better justify the expense of the game as once purchased we could use the same game for a large number of streams without running out of content. Furthermore, the game includes many opportunities for spontaneous un-scripted gameplay with challenges (such as megalodon sharks) which adds enjoyable unpredictability to the stream.

Sailing the Sea of Thieves in a three mast ship

There is always one person on the camera but a good stream requires a team. You can stream by yourself, but it can help the conversation to invite colleagues or other students to join you in playing the game and talking on the stream. You may also want to consider moderators to monitor the chat and facilitate conversation.

You have a team, a game, and you are ready to broadcast... it's time to run your first stream! In this section we will cover a little advice to help your first stream go smoothly.  Firstly, Involve your students in the process from day one. Ask them if this is a format they would be interested in engaging with, and get them involved in the design of the session.

Secondly, remember why you are doing this! It is easy to forget the purpose of your stream when you are midway through playing a game. Remember the intention is to give students another way to engage in a dialogue with you, so make sure you keep an eye on the chat interface and respond to questions as quickly as possible. However, remember that you won’t be the only person answering questions and engaging with the community. You will often find that when a student asks a question, another in the audience will reply before you do. Try to encourage this, and praise people for contributing to the community.

Conversely, not all students will want to interact directly with the broadcasters. In the streaming community, non-interactive members of the audience are typically referred to as ‘Lurkers’. We have found that this passive engagement is still positive and community building! These viewers still hear the same discussions  as the active participants, so they still benefit from the discourse.

Relax and enjoy the game you are playing! From an engagement perspective there  is something very relatable about watching  people engage in play. If you enjoy yourself, you will run a much more engaging stream.

Insights From Our Streams

Our streams get a great level of engagement, and the students love them. However, our most popular streams have always been when we have had the most diverse stream team, featuring staff, students, alumni, friends from industry, and members of our professional service team. Students really value being able to get advice and insight from just outside of their normal community.

We have also noticed that the streams are a great way to improve the approachability of staff. There are few things more humanising than watching someone in a position of power engaging in play. Discussions will often continue long after the stream concludes.

As a final point, remember that you never know who is tuning in for the broadcast. We have had students' families watch in the past, students have also invited friends from other institutions. Whenever you do a public broadcast you are representing yourself, and your institution - it can be useful to keep this in mind.

Check Out One Of Our Streams

As an example of one of the streams, check out this highlights reel from our second semester B Twitch AMA mainly focused on working in the video games industry.