Turn on suggestions
Auto-suggest helps you quickly narrow down your search results by suggesting possible matches as you type.
Showing results for
Show  only  | Search instead for
Did you mean:
You Might Want to Audit Your LAPS Permissions....
By 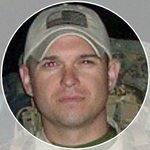 Hi team, Eric Jansen here again; I’m back after being reminded by a friend and reader that I've been away for too long. I’m trying to be better about it since I have a ton of content that I'd like to share and talk about, but these days it all comes down to time.

In today's blog (part one of the series), I'd like to quickly talk about the Local Administrator Password Solution (aka LAPS). It's nothing new and has been around for some time. If you aren't familiar with it, take a look at the documentation, found here:  Download Local Administrator Password Solution (LAPS) from Official Microsoft Download Center

It short, it is a solution that allows computers to publish a generated password, for a defined local admin account, to an attribute on itself in Active Directory. For a bit more detail, here are the bullet points from the "How Does LAPS Work?" section in the link above:

The core of the LAPS solution is a GPO client-side extension (CSE) that performs the following tasks and can enforce the following actions during a GPO update:

The password can then be read from Active Directory by users who are allowed to do so. Eligible users can request a password change for a computer.

The sentence highlighted above is what I'll be focusing on today. One of the things that I do is travel around to different customers and audit various things that fall into the technologies that I support. In my experience, when I bring up the topic of LAPS during an audit, and want to take a peek into their setup, it's somewhat common to hear them say something similar to the following:  “No, we're good, we already set it up and it's working great!” With that, they want to move on to more pressing matters - which is fine because, well, they're the customer. But just like when you're writing a book, or preparing a speech, sometimes you need an 'attention getter' - something to grab their attention to open their eyes - and this is how I do it:

I say "OK, that's fine, but maybe we could just run one command really fast….as a regular user (with no administrative rights to the environment).”

I have them run the following:

And this is when the hook is set…  In a LOT of cases, that command is run and then computers start scrolling off the screen showing the local administrator passwords in the clear, and no hacking was involved. Then you see jaws drop and the admin(s) saying…” but we checked this - we used the Find-AdmPwdExtendedRights PowerShell cmdlet and remediated everything.” That may be true, you checked it years ago when you deployed LAPS, but things change and that's why you must constantly audit your environment.

So how does this happen? Usually (based on my experience) the issue is a training issue, and usually the issue is computer specific (i.e., not inherited). The issue happens because permissions are incorrectly and unknowingly given by an admin to a computer object that gives non-administrative users too many rights. When I say rights, specifically I'm talking about extended rights.

Here is a snip from the LAPS Operations Guide that talks about it:

The Active Directory infrastructure offers advanced tools for implementation of the security model for this solution by allowing for per-attribute Access Control Lists (ACLs) and implementing confidential attributes for password storage. There are four sets of rights that need to be modified.

If you want to do this for all computers, you will need to repeat the next steps on each OU that contains those computers. You do not need to do this on sub containers of already processed OUs unless you have disabled permission inheritance. 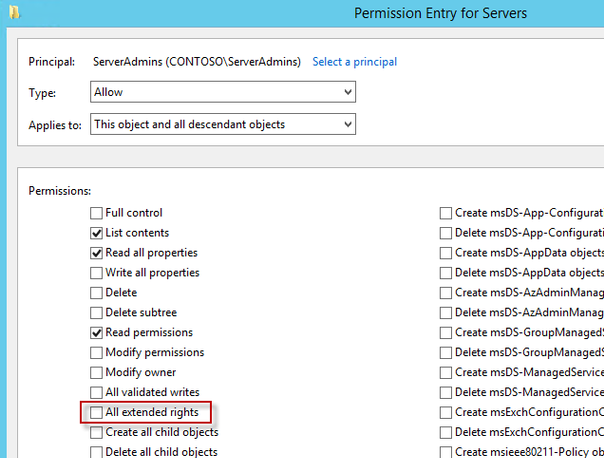 Important: This will remove ALL extended rights, not only CONTROL_ACCESS right, so be sure that all roles will retain all necessary permissions required for their regular work.

To quickly find which security principals have extended rights to the OU you can use PowerShell cmdlet.  You may need to run Import-module AdmPwd.PS if this is a new window.

If the output is truncated as the number of trustees having permissions is long, focus on a specific OU and run:

“All extended rights” may also be set through direct, non-inherited Access Control Entries (ACEs) on the computer objects. This might have been done manually by the customer or with a script or provisioning system.

The second common source for ACEs with the extended rights access is the schema default for computers. By default, it contains the “Account Operators” group with full control, which will also grant sufficient permissions to read the local Administrator password: 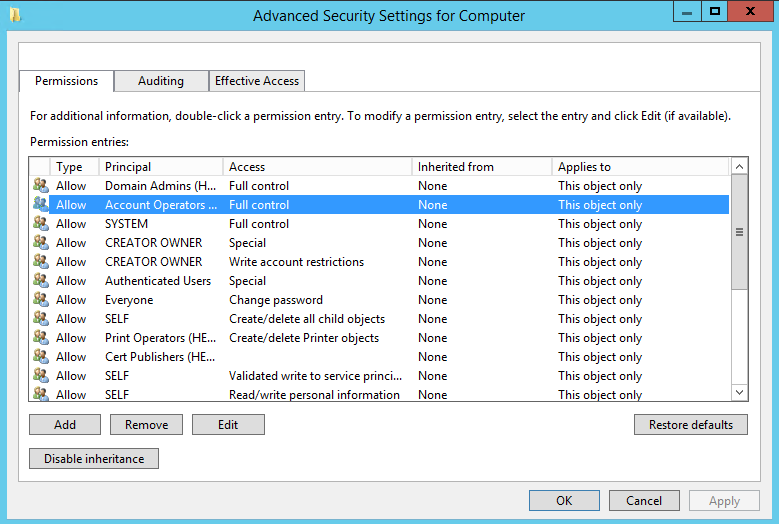 In a delegated administration environment where the Account Operators are meant to be used for Domain User Accounts only and no or little permissions should be granted to computers, you may need to review changing or even removing this ACE from the schema default.

You also need to develop a solution to remove this ACE from all computers managed by LAPS.

What I see most commonly are 'Direct Permissions' modifications on computer objects, as discussed above. This could be due to lack of knowledge, flawed account provisioning code, laziness, or any number of things. I see this most during the staging of computer accounts before a domain join operation. In this scenario, a process for this is either not established, incorrectly established, or is just plain circumvented. Here's just one example (but I'm also curious to see what others in the field are seeing, so comment on your findings if you would) :

An admin manually pre-stages a computer account and they want to give the end user the ability to add their own machine to the domain (perhaps for environments where the ms-DS-MachineAccountQuota has been locked down), or they want a certain user, or users, to be able to modify something on the computer object.  Whatever the reason, they just give "Domain Users" full control or some sort of delegated control over the computer object just because 'it works'. The most common principals that I see used are "Domain Users", "Authenticated Users", "BUILTIN\Users", and "Everyone" with these excessive rights on the newly created computer objects. So now, consider a new Jr. admin joining the team and his new mentor shows him the processes, and now we have two admins doing said process. Eventually, this gets out of control and as time goes by, there could be hundreds or thousands of machines that have their local administrator passwords available to potentially 'Everyone'. That’s when things can get bad. I don't even want to mention what kinds of machines I've found in my travels that could have been breached.

The point is that things change and everything needs to be audited. But finding and fixing the permissions alone isn't the answer. Education and training need to be a part of the solution. With all of that said, go forth and run that one line and let me know what you find. OK, run the command, but I don't really want to know what you find. ;)  Afterwards, if you have any hits, and I hope you don’t, I’d suggest that you fix any findings ASAP by removing any incorrectly distributed extended rights.

So how do we fix this? Well, I explain above, and show the checkbox that you need to remove, but if you had hundreds or thousands of these computers to fix, that’s a lot of clicking, so here’s some sample code for you to fix it programmatically.

The Remove-AdmPwdExtendedRights function that I've written above works, but since I wrote it just days before posting this (since I just wanted to get this content out there), it has both limited testing and a list of other limitations that I wanted to point out: 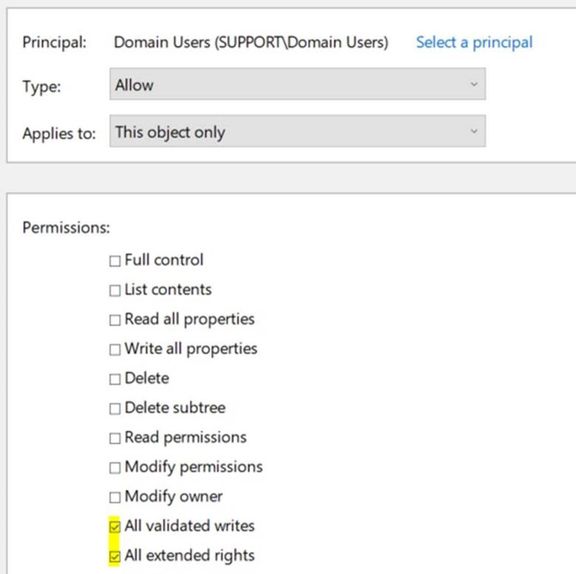 OK, so you have the code, and you have a list of machines that need to be fixed, now what? We write a small script that loops through all the vulnerable computer objects, and run the Remove-AdmPwdExtendedRights function for each computer object. But remember in the limitations section for the function, in the third bullet, I mentioned that you may want to take additional remediation actions, and you do. You’ll also want to modify the 'ms-Mcs-AdmPwdExpirationTime' attribute on the vulnerable computer objects, changing it to the current time, so that upon the next group policy refresh, the client-side extension updates its password and writes it back to Active Directory, rendering the old password useless. You can do this by using the Reset-AdmPwdPassword cmdlet that’s in the AdmPwd.PS module, among other ways.

After all of that, run the original command again to see what has and what has not been fixed, and re-evaluate. Maybe that ‘regular user’ is part of a different group that gives them the ability to see the password, or maybe there was an incorrect delegation to the OU that the computer object resides in. It may take a little more investigation, but it shouldn’t be hard to find and fix the rest of the computer objects.

Finally, after fixing the permissions issues, and then resetting those machines' passwords, you may want to consider investigating logons to those machines with the local administrator account with that machines’ associated LAPS password to find possible compromise.  After all, finding the local admin account to use is not that hard of a task.

In addition to the above information, review the guidance in the link below.  It talks about default ACLs for when staging machine accounts, best practices for staging said machine accounts, and other scenarios where some users can read passwords for some computers without being delegated the permissions to do so.

LAPS and permission to join computer to domain | Microsoft Docs

UPDATE as of 4/27/2021 - after a number of questions, comments, and unexpected findings that people have shared, I've decided to address those in an upcoming Part 2 of this blog, so keep an eye out (it will post on 6/23).