Turn on suggestions
Auto-suggest helps you quickly narrow down your search results by suggesting possible matches as you type.
Showing results for
Show  only  | Search instead for
Did you mean:
Workflows, Function Evaluator, and Activities
By

So for a
Build Display Name Workflow Activity I would have a workflow with 3 potential
activities. 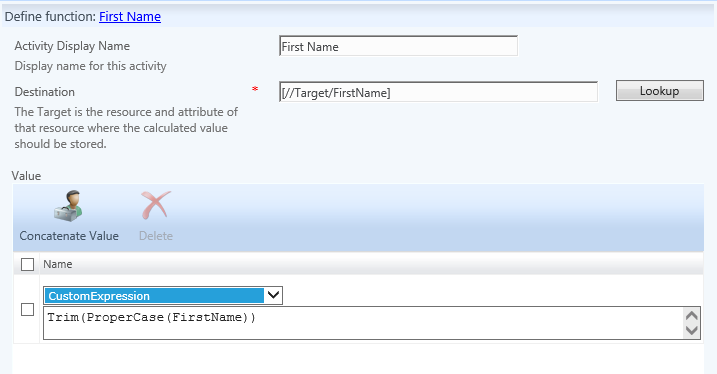 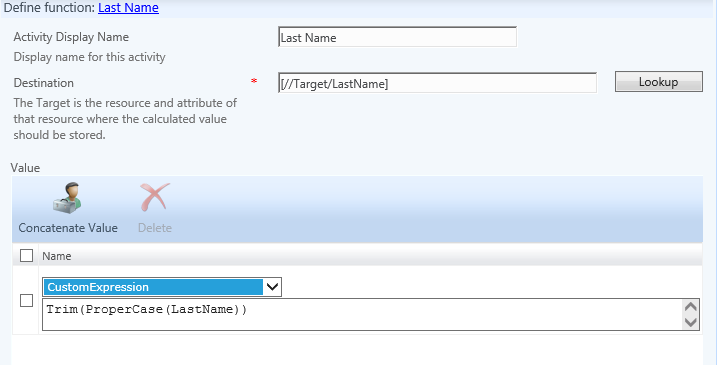 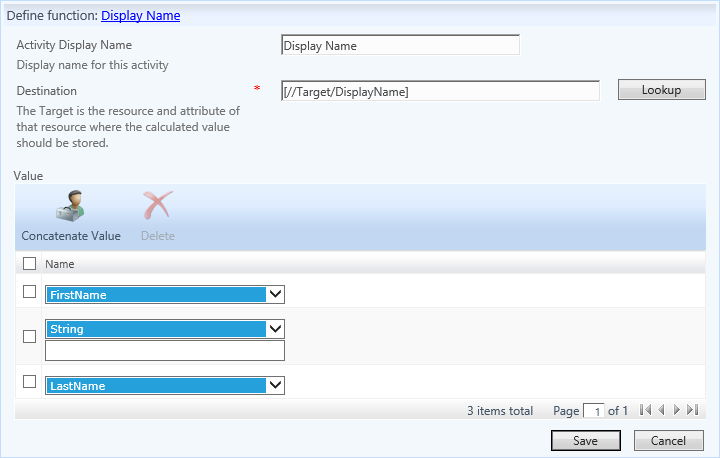 With this in mind how do we take values of an attribute and remove potentially characters that would be invalid for another attribute without directly affecting the attribute that we are building from. Let’s use the name O’Connors for example and let’s say we needed account names to be built without the character ‘ but we need to build this attribute value without having an impact on the actual last name. One way to complete this action would be to use WorkflowData,

Depending on the system that the attributes will be used with, would depend on what characters are not accepted Such as

But some people are attached to their last names and would rather not have them changed but we still need to get the special characters removed from them so we can build the previously described attributes. So we will need to build a workflow that uses WorkflowData to build the values that can be set on the desired attributes without changing the source attributes

Here is an example on how we can build an account name based on the First Name and Last Name, removing the special characters without making changes to the actual Last Name.

Please keep in mind that this blog posting only describes the initial building of the Account Name and does not check for Uniqueness, there is another posting for Uniqueness Validation.

This part of the workflow is based on your default Workflow Activity that is available for use out of the box, the Function Evaluator

This workflow is built using 4 Activities within a single workflow as opposed to 4 separate workflows, Adding multiple activities to a single workflow to complete a function is the only way to ensure that the activities that are needed to perform a function happen in any specific order. For example if you had a workflow that was building the display name from First Name and Last Name and to build the Display Name the workflow would take the First name add a space and then apply the last name. But if you wanted the Display Name to be Proper Cased for example John Doe and the first name was entered either all Capital letters or all lower case letters you could potentially have JOHN DOE, john doe or any combination set as your Display Name. If you added 2 separate workflows to proper case the first name and last name there is no guarantee that the proper casing would happen in any specific order.

We are going to focus on the part of the workflow that fixes the value set for the last name in preparation of the value needed to be used to build the attribute that cannot take special characters.

In the example here we will focus on 4 special characters that we are trying to remove from the last name but you could repeat this process to add additional characters to be filtered if needed.

The first part of this workflow to remove special characters “fixLastName”

The next step continues this process taking the new WorkflowData that is built looks for the next character to remove.

And the next part continues this trend

It may be hard to see but the characters for each of the above activities in the following order are ‘ , -

You could repeat this process for as many special characters as needed that you would like to remove from the final value that you are building.