Turn on that Scary DC

Turn on that Scary DC

First published on TechNet on Jan 17, 2017
Stephen Mathews here; now tell me, do you have a domain controller you're afraid to turn on? Maybe it lost power and nobody noticed for a couple months or you don't trust your AD restore procedures; perhaps a troubled DC keeps deleting your DNS records – whatever happened, I'm going to show you how to power it on without allowing it to replicate. The end goal is to disable replication on the troubled DC. This is done very simply by using the repadmin commands: repadmin /options +DISABLE_INBOUND_REPL repadmin /options +DISABLE_OUTBOUND_REPL To disable replication on the troubled machine you must have either local or remote access. The local commands are above, to disable replication remotely use the same commands and add the server name. However, the server must be reachable via the network – the same network that replication runs over. You could try hammering the troubled DC with the commands during its startup and you may block replication before the DC starts, but let's go with a more proactive method. We'll block replication on its partners first. The first step to finding the DC's replication partners is to check the Connections tab inside NTDS Settings within Active Directory Sites and Services. In the below example my 2 "DFS" servers are indeed Domain Controllers, with SNY-DFS-VM02 is my troubled DC that needs replication blocked. 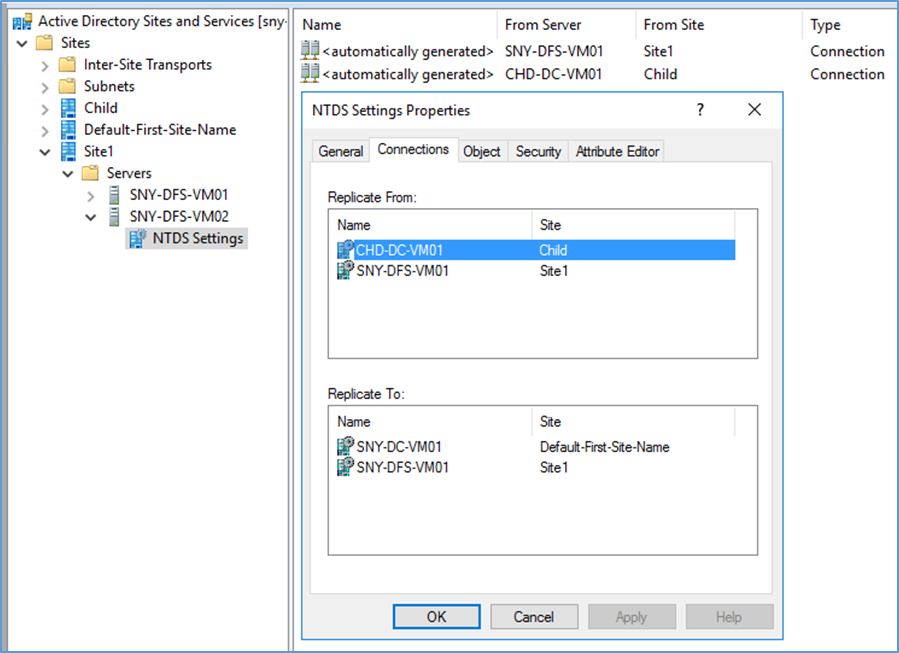 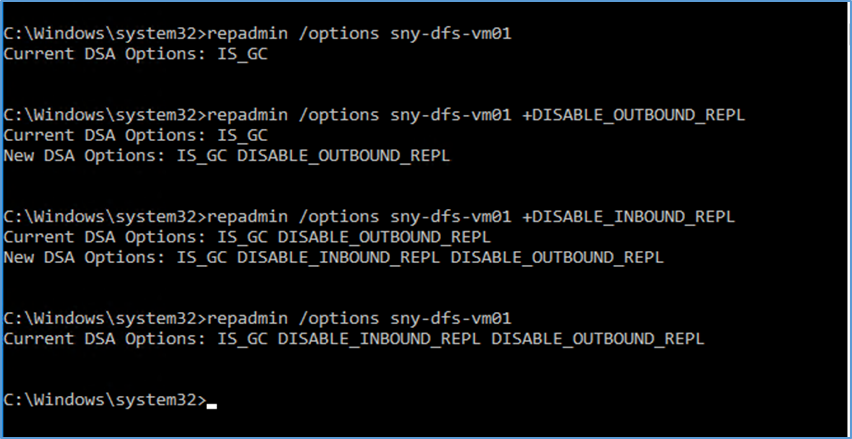 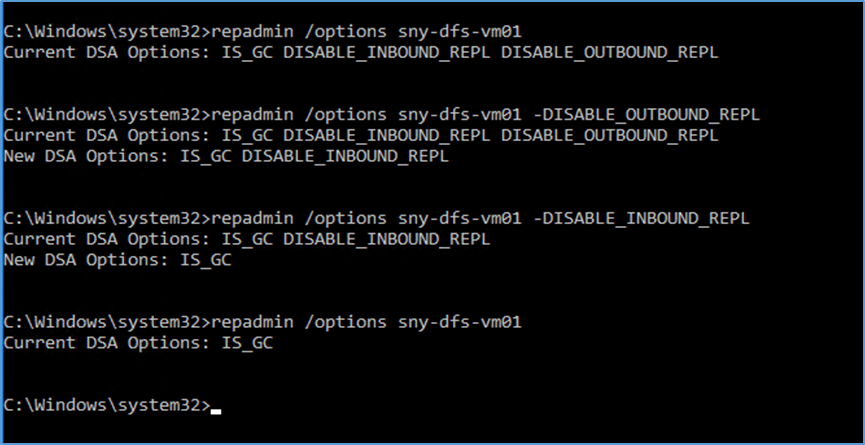 We'll do one final check to verify the troubled DC is not replicating. Voila, it reports that "The destination server is currently rejecting replication requests."

After walking you through the GUI, I'll share with you how I did it with PowerShell. I use Get- ADReplicationConnection to check all the Replication Connections for any that match the troubled DC in the ReplicateFromDirectoryServer or ReplicateToDirectoryServer properties. Once I have those, I do some string parsing to pull out the server names. Then I write the repadmin command for both the source and target servers and store them in an array. After I get all the commands, I need to move the troubled DC repadmin commands to the end of the array (no easy way there, I ended up creating 3 arrays). Finally, I execute the commands with the output in the below screenshot. The script waits for the troubled DC to become reachable – this is when you turn on the troubled DC. Once it blocks the replication on the troubled DC, it reverses the changes on its replication partners.