Turn on suggestions
Auto-suggest helps you quickly narrow down your search results by suggesting possible matches as you type.
Showing results for
Show  only  | Search instead for
Did you mean:
SSH on Windows Server 2019
By

Hello all from PFE Land! I'm Allen Sudbring, PFE in the Central Region. Today I'm going to talk about the built in SSH server that can be added to Windows Server 2019. With previous versions of server, there was some detailed configuration and installs you needed to do, to get SSH working on a Windows Server. With Windows Server 2019, it has become much easier. Here are the steps to install, configure, and test:

Open a PowerShell window on the Server you wish to install at: 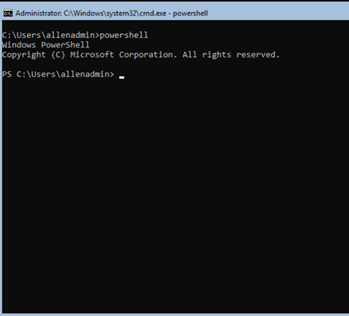 Run the following command to install the SSH server components: 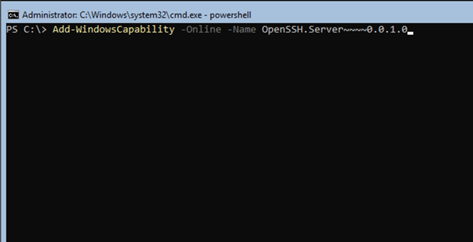 The install opens the firewall port and configures the service. Last step is start both SSH services with the following command and set them to automatic: 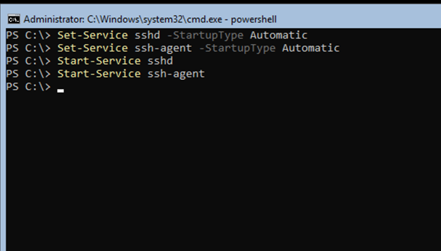 Test with SSH client. I used Ubuntu installed on Windows 10 WSL. The format for server on domain to connect is upn of the login account @servername, as in:

After you login, you receive a command prompt where you can proceed with CMD or open PowerShell:

In case you're asking, you also can do the opposite way, and install PowerShell on Linux and remote to a PowerShell Instance on a Linux Machine with PowerShell Core on a Window Machine, but that is for a later post…