We have introduced the System Health Session in SQL 2008 in order to capture some critical Events to make post mortem analysis much easier. However in SQL 2008, by default the system_health session was only collected to a ring buffer and not persisted to disk. SQL 2012 truly provides more of a black box recorder with the introduction of sp_server_diagnostics and the associated data it exposes.

There is a fair amount of documentation on the System Health Session. This post isn’t going to focus on System Health session itself, rather on visualizing that data. Subsequent posts could focus on the small blocks that make up this bigger picture.

More details on the System Health session can be found below:

For example, if you look at the sp_server_diagnostics_component_result, the data is XML so getting trends across the whole session is difficult as is correlating it with the other XEvents.

In order to visualize this data, I have put together a set of reports along with some code to import the System Health Session into a database with a pre-defined schema and report off of it. We are NOT capturing any “new” data here, rather just visualizing what is already captured through the System Health Session. By default, we maintain 5 rollover files of 5 MB each for System Health session, I do recommend bumping that value up in order to cover a bit of a longer period of time. I would recommend bumping up that size to 5 files of 20MB each as indicated in the Readme which is part of the download.

-        The status of all the sp_server_diagnostics subsystems and their underlying data

-        Other Ring buffer data such as security and connectivity ring buffers 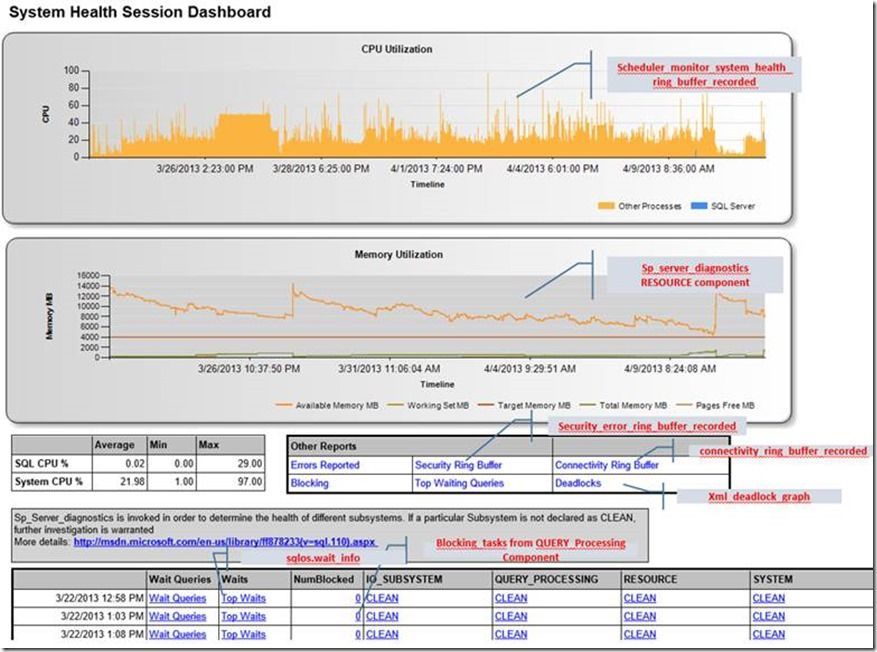 As part of the download you will have 3 components

Each Report should have a short description on top as to what it entails, here are a few of them: 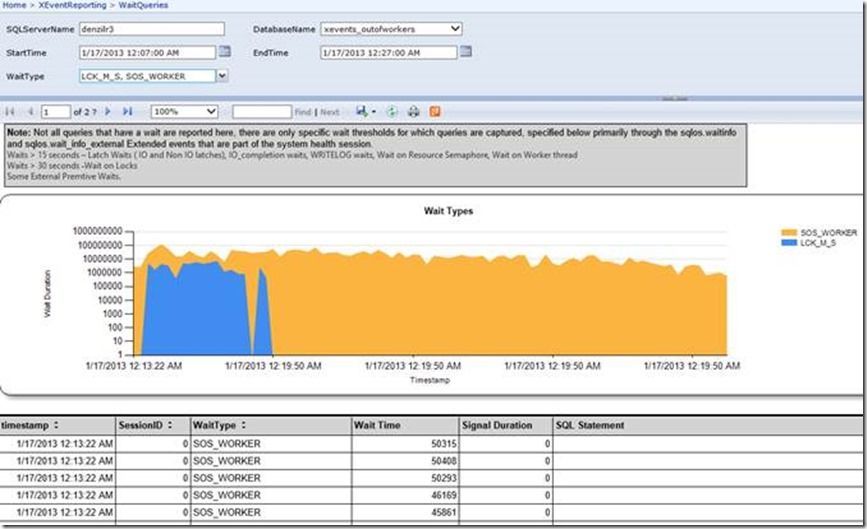 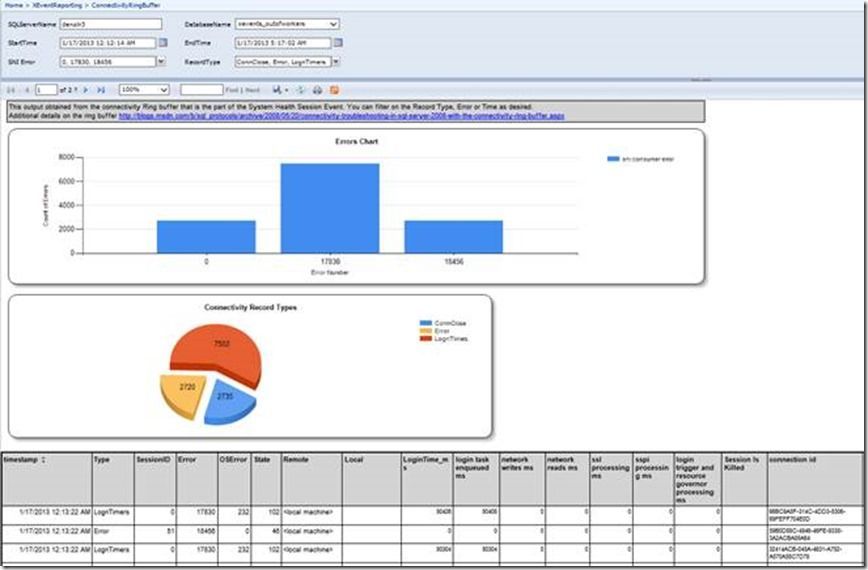 Note: These reports only work with the System Health Session. Sp_server_diagnostics is also captured as part of the Cluster Diagnostics, however those XEL files do not have the other pieces of information and the XML structure if a bit different though these reports can be modified to include that scenario too.

System Health Session is “definitely” an extremely useful diagnostic collected out of the box. My hope is that these reports help enhance the experience and enable easy visualization.

Note: Modified the reports on 04/15 to account for Case Sensitive Servers – Thanks to Joe Sack for catching that. Also changing download location to TechNet Script Center given skydive can’t be accessed everywhere per comments

Amit Banerjee who is a SQL PFE in India also has some Dashboard reports for SQL 2008 System health Session http://www.sswug.org/articles/viewarticle.aspx?id=62732