Turn on suggestions
Auto-suggest helps you quickly narrow down your search results by suggesting possible matches as you type.
Showing results for
Show  only  | Search instead for
Did you mean:
Problems Creating USB Media with Windows 7
By

I’ve seen a number of folks running into issues creating USB media when the SCCM admin console is running on a Windows 7 system.  Windows 2008 R2 should have the same issue but on at least one system I’ve tested I didn’t see it – and it was configured with a hidden system partition – just like Windows 7 (others have seen the issue on Windows 2008 R2).

The issue is due to the way the search for a valid drive is done when running on Windows 7/2008 R2.  When installed from DVD Windows 7/2008 R2 will create a hidden partition on the disk that does not have a drive letter associated. 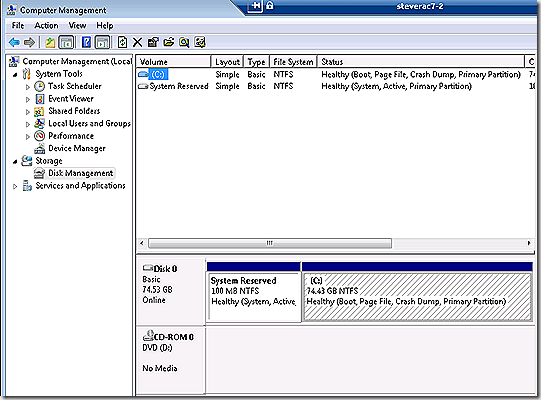 Under this condition SCCM has problems trying to validate the disks when creating USB media and you will see an error similar to the following in the createtsmedia.log

In addition, the task sequence wizard will fail with an exception at this point as well.