Turn on suggestions
Auto-suggest helps you quickly narrow down your search results by suggesting possible matches as you type.
Showing results for
Show  only  | Search instead for
Did you mean:
MDT 2013 - Part I: MDT Configuration; Capture a Windows Server 2012 R2 Base OS Image
By

Greetings and salutations! As many of you know, the Microsoft Deployment Toolkit, or "MDT," is a mature, powerful and flexible toolset for client and server OS deployments. My PFE sister-in-arms, Charity Shelbourne has a great starter post about installing MDT and setting things up:

Work through that first, then come back here….

Now, just between you and me, I haven't done any deployment work for quite some time. As in the Windows 2000 Professional era. Think: Ghost, VBScript and RIS – they were all the rage when I was in the deployment game.

Fast-forward 13+ years and recently, I had a customer doing work on a Windows Server 2012 R2 base image design and we started exploring MDT. We didn't have a desire to get too far in the weeds – we just wanted to get things up and running with a simple customized server deployment process. I was pretty amazed at what we could do with the tool in short order, so I thought I'd share the work with our readership.

As Charity points out in her post, do your planning up front. Here are the plans/requirements for our simple server build and deployment mechanism:

Following Charity's post, I first imported a set of OS install media files into MDT that I intended to work with (Windows Server 2012 R2 in this case).

After I did that, then, I re-named them to make more sense to me.

Next, I setup a few custom Rules, again, using information from Charity.

In MDT, rules are settings that apply across all of your MDT Task Sequences (unless over-ridden)…

Once the OS files are imported into MDT, you need a 'Task Sequence' to do things.

A Task Sequence is an ordered list of actions that you want MDT to carry out such as an OS deployment or an OS capture. The power of MDT is in the depth and breadth of what those actions can be. We can set the time zone, join a domain (and even the OU), install applications, driver packs, etc.

Here, I created a Task Sequence specifically to capture an image of a system – in our case, it will be our customized base OS install ('reference image').

Enter a Task sequence ID, name and comments. As always, come up with a logical standard for these to help keep things organized (note, in my screenshot, there is a lot left to be desired here. In Part Two, I do a much better job of being descriptive in naming and description detail). 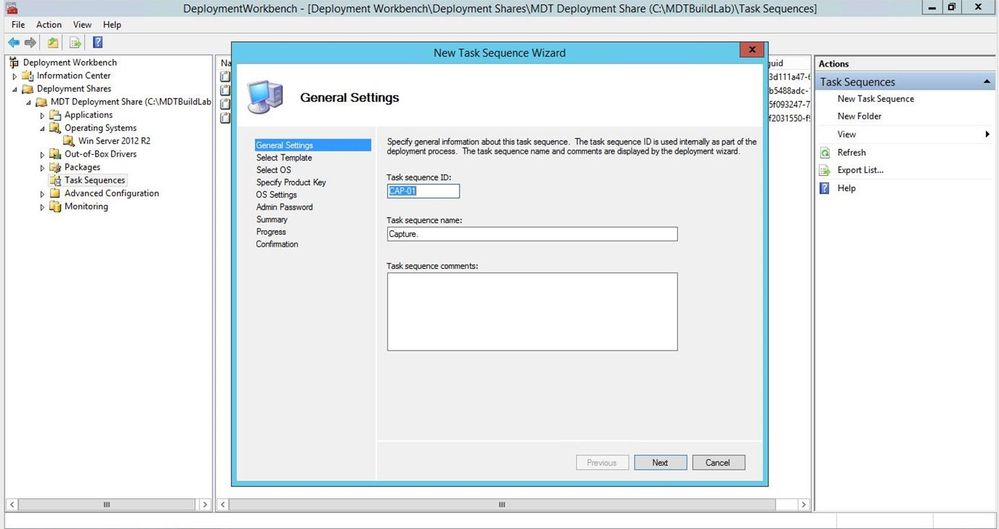 Select 'Sysprep and Capture' for the Template… 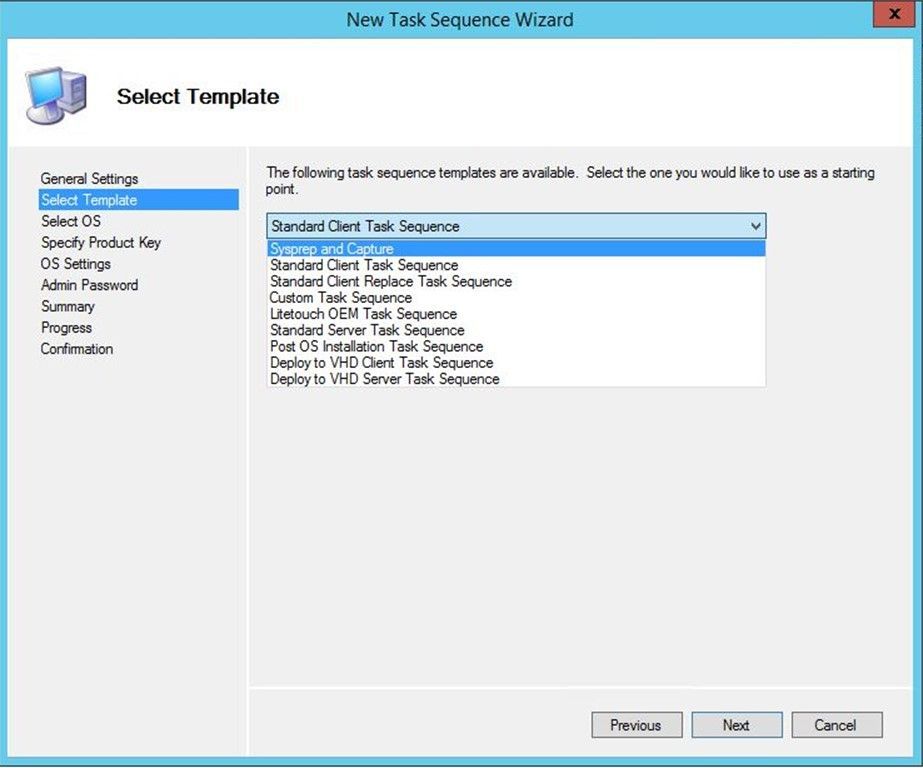 Choose an OS that matches the OS you're going to capture… 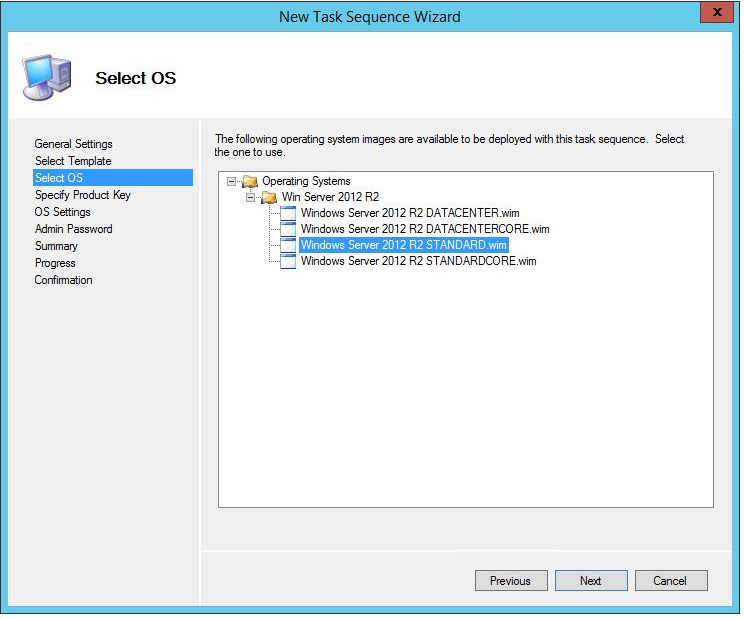 You don't need to specify a key for a capture… 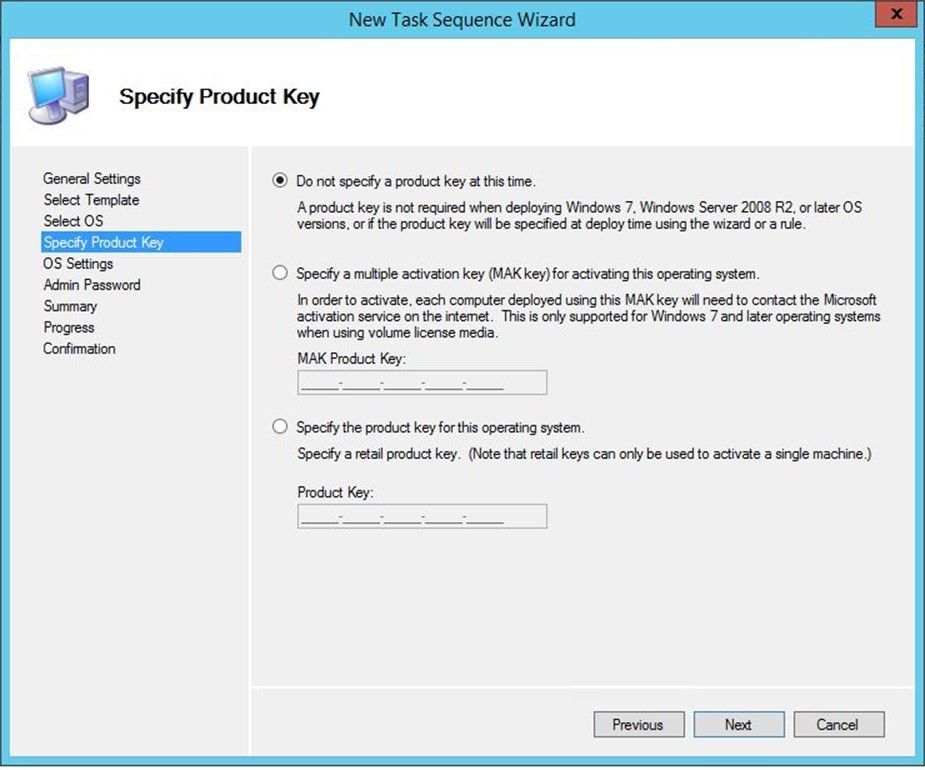 Provide information for the following fields… 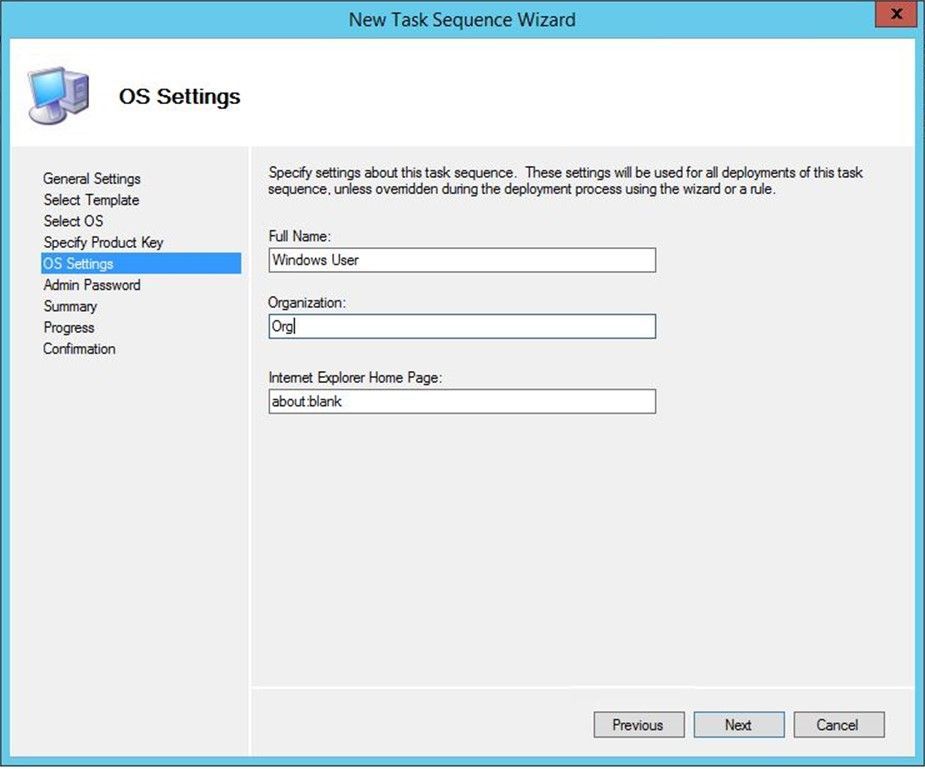 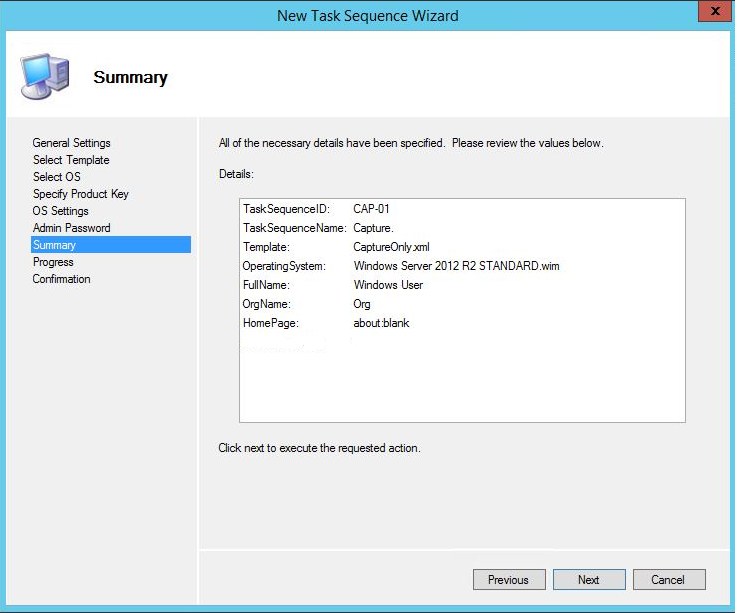 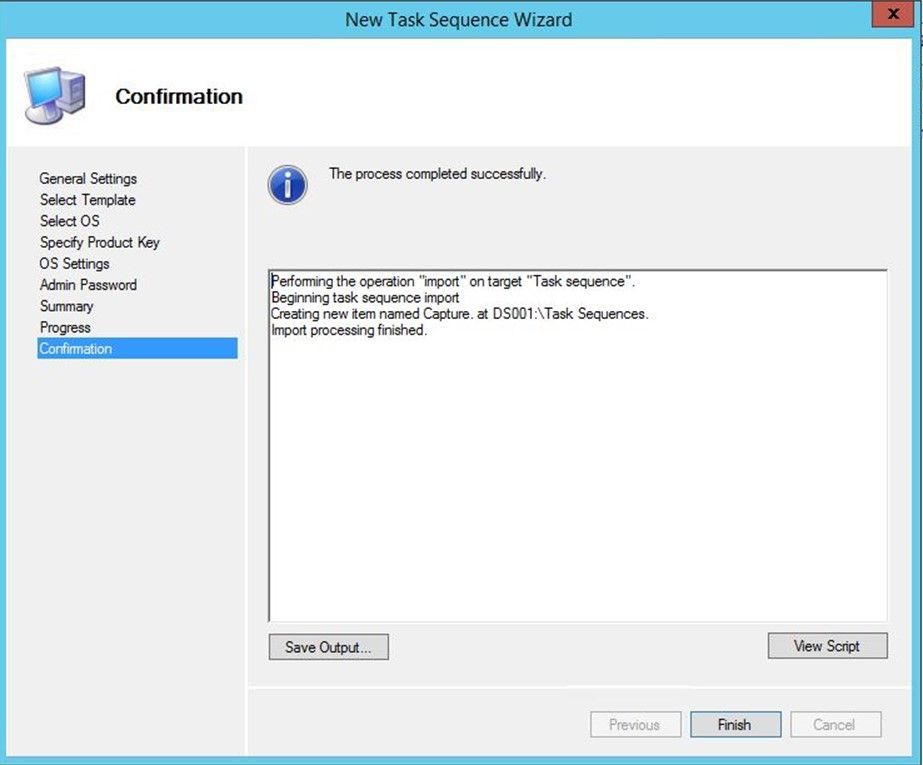 Create and capture a base build image

To review, so far, we have:

Next up, build your base OS and customize it as desired.

Import the custom build image into MDT for re-deployment

After the customized build has been captured and the WIM file has been copied back to the MDT system, it needs to be moved around within MDT:

Stay tuned for Part Two where we'll pick up from here and: