Greetings and salutations! Hilde here to chat a bit about Windows as a Service (WaaS) and the “Branch” concept in Windows 10 … and vent windows.

However, before we get into today’s discussion, I have to ask if you are as crazy-excited as I am to be in IT these days?

I realize the rapid pace of change in IT and technology can be a bit dizzying but we are living and working in exciting times! New products, features and functionality are popping off like the end-of-day fireworks show at Epcot in Disneyworld.

A few of my favorite recent fireworks:

Now, on with the show…

Windows as a Service (WaaS)

“Windows as a Service” is a phrase you’ve likely heard but one which may be vague – I know it was for me.

In my mind, Windows as a Service is simply the name for the new model of rolling out steady, predictable updates, features and functionality to the Windows 10 OS instead of monolithic version changes.

The main idea of WaaS is continual, on-going OS innovation on a given device over time.

In order to have on-going improvements rolling out to Windows but still provide control, we introduced the idea of OS branches.  These are OS instances at certain points along the Windows as a Service continuum (not to be confused with the awesome transition experience for Windows 10 code named ‘Continuum’ - https://youtu.be/-oi1B9fjVs4 ). The branch concept allows throttling/testing/piloting the forward-march that is “Windows as a Service.”

Let's explore this from the view of a new feature making its way into Windows. Any given feature starts off with the Windows OS team inside Microsoft.  Those folks get to “play in the sand” and turn a cool idea into reality.  If a given feature gets enough traction there, it could be added to an internal build that the broader OS team tests out.  If things go well there, the feature could see the light of further testing among an even broader group of internal employees at Microsoft who’ve elected to be testers (you may have heard the term ‘dogfooding’? – I’m actually writing this blog post on a future build of Windows 10).

Next up on the “path to enlightenment” for a given feature would be inclusion in a “Windows Insider” build (aka a Windows Insider 'branch'). Windows Insiders is a small club (ok – it’s actually millions of people) that is open to a select few (ok – it’s open to anyone). A feature in the Windows Insider branch gets exposure/testing/feedback at a global scale. If you haven’t already, consider joining the Insider program and providing feedback – the OS team actively looks at that data. https://insider.windows.com/

To this point, the feature is still less-than-fully-baked but it has been vetted quite a bit by a variety of users/devices/scenarios.

If everything lines up for that feature and the decision is made to release it to the world, it will be added to the initial general public “branch” - called the “Current Branch.” 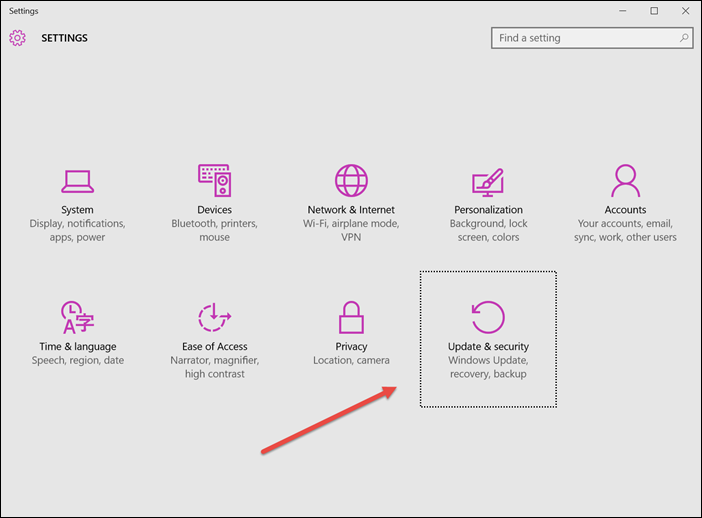 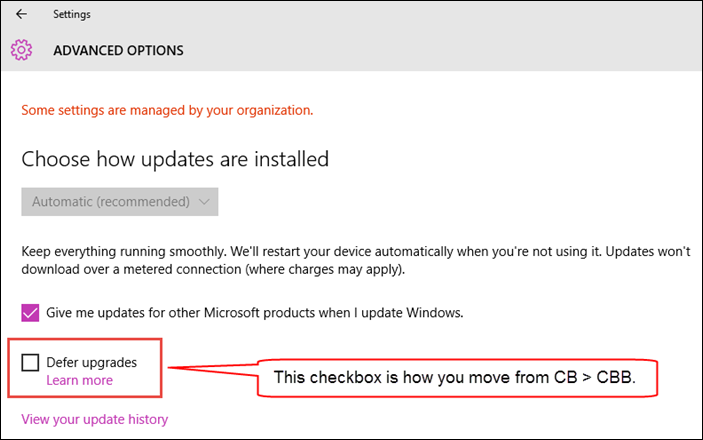 Now, I can hear some IT admins wondering out loud … “We don’t want to be adding features to our client OS every few months. Can we ‘opt out’ of the new hotness?”

Without delay, I will tell you that Microsoft does indeed provide the flexibility for you to opt out of the new hotness. Read on, though, as I’ll ask you to (re)consider how you’ve always done things and some of the pros/cons to opting out.

Again, I can hear some IT admins saying “This LTSB thing sounds like precisely what I want for my end-users!”

To that, I ask "does anyone remember vent windows on cars?" The triangle wedge windows you could open/flip to let in the cool breeze as you cruised down Route 66? As you all may know from reading my posts, I tend to reminisce. The funny thing about reminiscing, though, is it’s not always accurate. It’s not hot in my memory . It’s not humid as I recall the cruising. I don’t remember almost swerving off the road (or into on-coming traffic) as I leaned over, reaching to open the passenger-side vent window while driving. Bugs aren’t in my remembrance. Rain? Hm … I don’t recall the rainy days. Or the foggy windshields. Or the frigid nights with the vent windows open, making my nose run, while the heater melted my shoes.

Enter AC. I am a HUGE fan of AC and I feel that whoever invented it should be granted a Nobel Peace Prize or a star on the Hollywood Walk of Fame. In hindsight, I really don’t miss those vent windows and I really love AC.

My point is that even I – sometimes the staunchest curmudgeon – can see the benefits of new choices, options and flexibility.

As I said, I am going to ask you to consider a few pros/cons of CBB and LTSB and I think you may come to the same conclusion I reached: That the CBB is actually the better choice for most end-user systems in business.

Don’t get me wrong – I really like the flexibility we provide and I totally see the need for LTSB (which is why we made it) but for business end-users, in my mind, CBB is where you want to be.

See this excellent TechNet link for much more detail - https://technet.microsoft.com/en-us/library/mt598226%28v=vs.85%29.aspx

In the meantime, see ya out on Route 66 … look out for the swerving car with the vent windows open, and the bald guy inside, coughing on bugs and sweating profusely.