Turn on suggestions
Auto-suggest helps you quickly narrow down your search results by suggesting possible matches as you type.
Showing results for
Show  only  | Search instead for
Did you mean:
Is NIC Teaming in Windows Server 2012 supported for iSCSI, or not supported for iSCSI? That is the question...
By

Enough of Shakespeare...  Where’s my PFE, when I need him? J

Well in previous releases of the operating system, customers always depended on vendors to provide a support solution for NIC Teaming software.  Even then in those days, neither the vendors nor Microsoft supported teaming iSCSI Initiator and recommended using the vendor’s MPIO (multi-path I/O) solution and/or DSM (device-specific modules).

Now with the release of Windows Server 2012, we include our own version of NIC teaming software also known as Load Balancing/Failover (LBFO).

Because when customers read this TechNet article Failover Clustering Hardware Requirements and Storage Options, it states “For iSCSI, network adapter teaming (also called load balancing and failover, or LBFO) is not supported. You can consider using MPIO software instead.”

So to demystify the question that inspired to write this blog, I consulted with Don Stanwyck (Sr. Program Manager / Windows Core Networking) who is the authority on this subject and here is the essence of the message he conveyed: 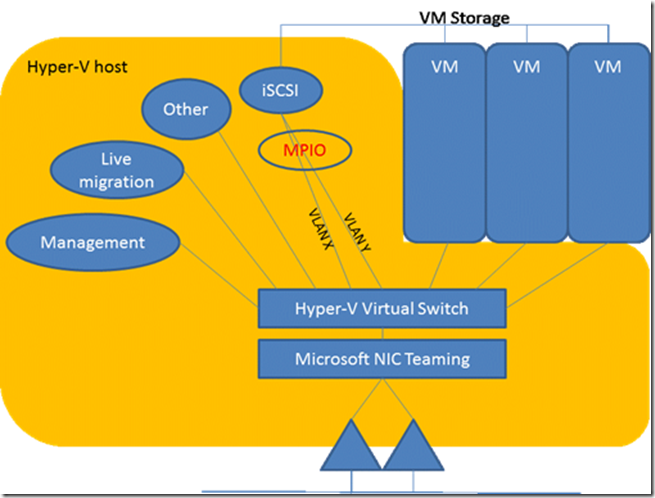 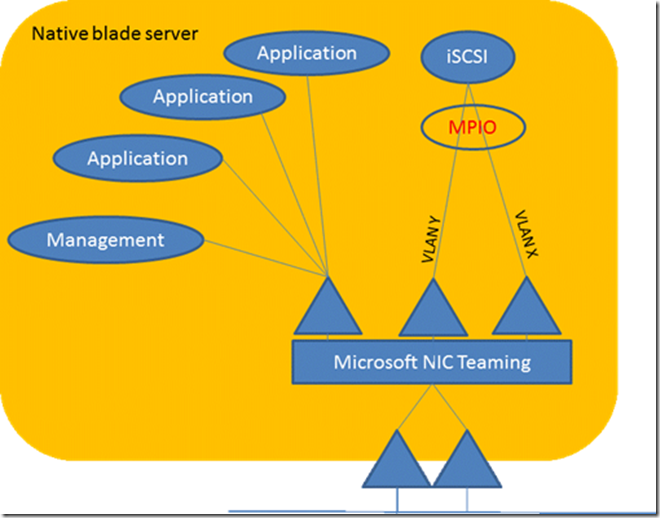 In addition, we will always recommend you consult with your iSCSI storage vendor to confirm the support of iSCSI solutions with their storage.  When in doubt, you can always search the status of any hardware testing completed on the Windows Server Catalog - Certified for Windows Server 2012.

Hope you find this blog enlightening and clears up any doubts you might have heard regarding the ability to use NIC Teaming software with iSCSI.

Mike Rosado (About me…)

As my lawyer would say… “This posting is provided "AS IS" with no warranties, and confers no rights.”