Turn on suggestions
Auto-suggest helps you quickly narrow down your search results by suggesting possible matches as you type.
Showing results for
Show  only  | Search instead for
Did you mean:
Getting Started with Always Encrypted Part 2
By

Getting Started with Always Encrypted Part 2

First published on MSDN on Jul 19, 2016
In this blog post I am going to continue discussing the new Always Encrypted feature in SQL Server 2016.  There are 2 main aspects to Always Encrypted – first is generating the Column Master Key and Column Encryption Keys in the database where the encrypted database will be stored.  Second is the usage of a specialized driver in the client applications so that the encrypted data can be used by the application.  This driver allows clients to encrypt sensitive data inside client applications and never reveal the encryption keys to SQL Server. This driver does this by automatically encrypting and decrypting sensitive data in the SQL Server client application. The driver encrypts the data in sensitive columns before passing the data to SQL Server, and automatically rewrites queries so that the semantics to the application are preserved. Similarly, the driver transparently decrypts data stored in encrypted database columns that are contained in query results.  To make use of the driver, you have to ensure that the .Net framework version 4.6 or higher is installed on the client computer.

In this setup I have two separate machines – a server with SQL Server 2016 (named SQL2016A) installed and a client machine with Visual Studio 2013 installed – which I have named DevMachine.  On my DevMachine (which has the .Net 4.6 framework installed), I've written a small C# application that makes a connection to my SQL Server 2016 instance and calls a stored procedure to insert some data (the code of which I'll reveal below).

Below is the CREATE TABLE statement I used in last week's tip for creating the encrypted columns in the dbo.People table. 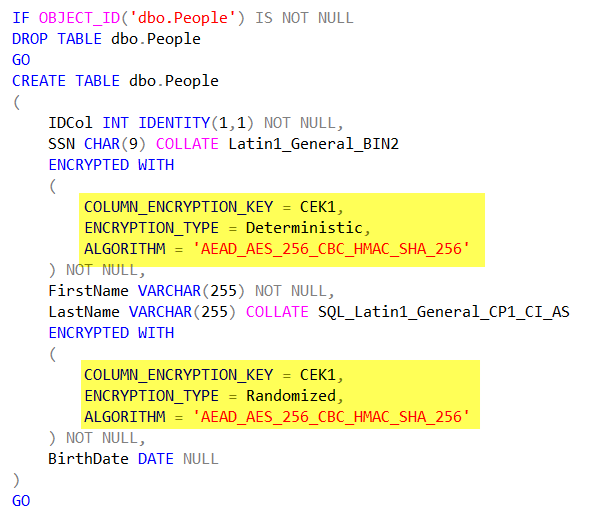 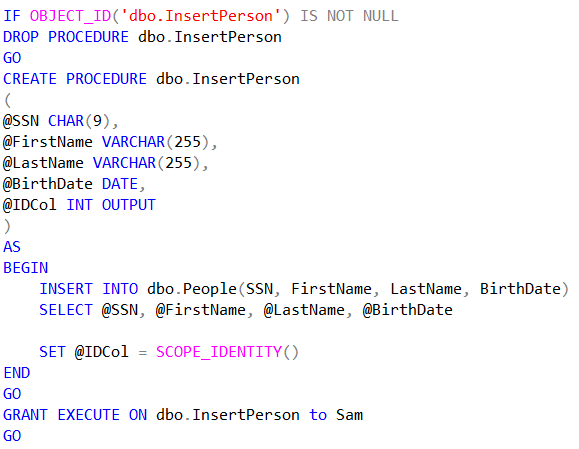 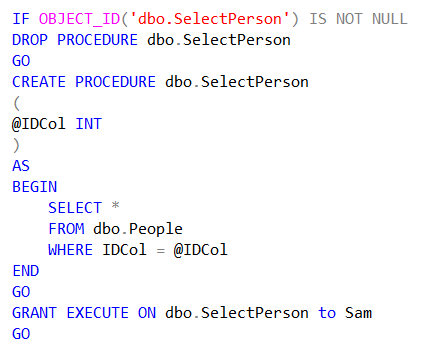 In the C# application I've written, I'll set the connection string to my SQL2016A machine – in which I must specify a new option for making use of Always Encrypted.  This is the 'Column Encryption Setting = Enabled' option.  This allows DML operations against an encrypted table. 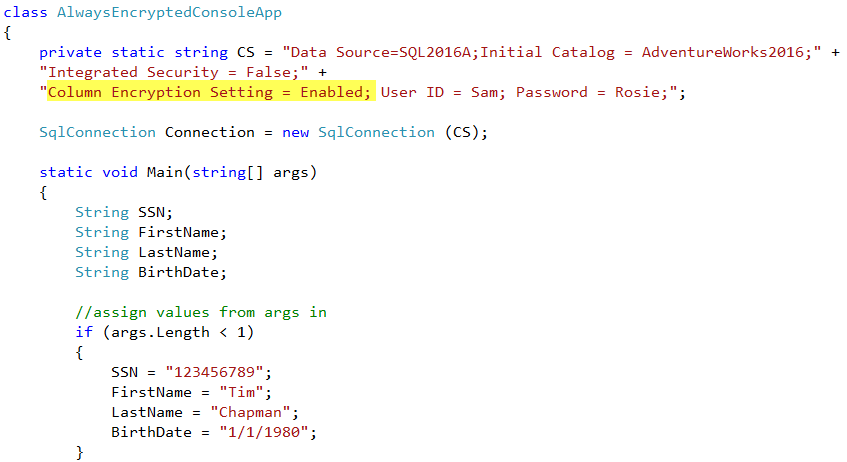 It is worth noting at this point that this deployment model may not be advantageous for your environment - especially if you have a large number of client machines that will be interacting with SQL Server.  The reason is that each client must have the certificate located on the machine.  In which case, storing the certificate in Azure Key Vault or another Hardware Security Module may be a better choice.

Here is a snippet of code from the application that calls the dbo.InsertPerson stored procedure.  Notice that I have to use the Parameters object.  Behind the scenes the driver is encrypting and decrypting the parameter values as necessary.  The stored procedure sp_describe_parameter_encryption is used to do this. 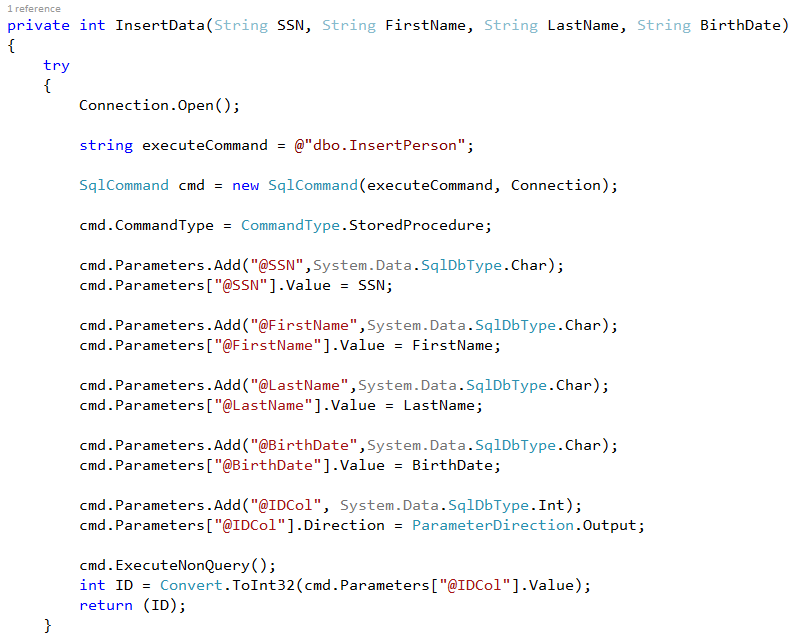 Once my application has called the stored procedure and inserted the record on my SQL machine, I can run a normal SELECT statement against the table.  Here we can see that the SSN and LastName columns are both encrypted.  In fact, even though I am connected to the SQL instance as a sysadmin, I still cannot decrypt the data to see the actual contents.  This is because the certificate is NOT located on the SQL machine (or any client machine that the sysadmin may be running queries from) – so my sysadmin account has no access to it.

Taking things a step further, I can try to use the new Column Encryption setting when connected to the SQL instance through the 'Additional Connection Parameters' option inside of SSMS: 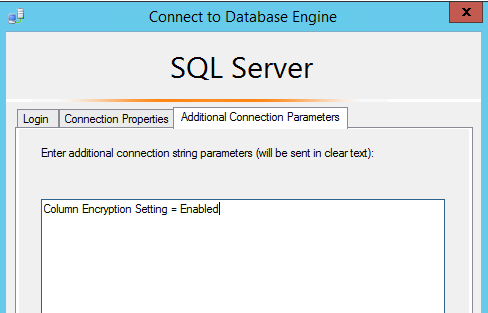 Now, if I log onto my DevMachine and issue the same query while using the 'Column Encryption Setting = Enabled' option, I am able to return the data in a decrypted fashion (which is how the application would use it).  Very cool!!