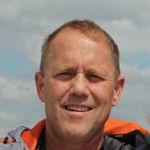 Another possible impact is the Inter-Site Topology Generator (ISTG) when electing bridgehead servers.

Similar to the KCC role, the ISTG in this case is electing partners in other sites to fullfill the replication needs of its site. So, again, the orphaned domain controller is on that list of potential candidates.