Deploying OneDrive for Business - An Example

Deploying OneDrive for Business - An Example

Deploying OneDrive for Business is a task that can easily be handled with ConfigMgr. Configuring the deployment is easy but the process is not typical. My colleague, Paulo Jorge Morais Dias, has written a blog on how to do this – available here . The process he describes is similar but different from what I have done so I’m also writing up the process. The differences between the two examples illustrate that there are at least two and, in reality, several ways to handle the deployment.

In this example OneDrive for Business is deployed using the application model and makes use of three separate applications.

Part of installing OneDrive for Business requires configuring registry keys as needed. These registry keys could be added in several ways – GPO, a script deployed through ConfigMgr or several other ways. In the example the application simply deploys an exported set of registry keys using reg.exe as follows. 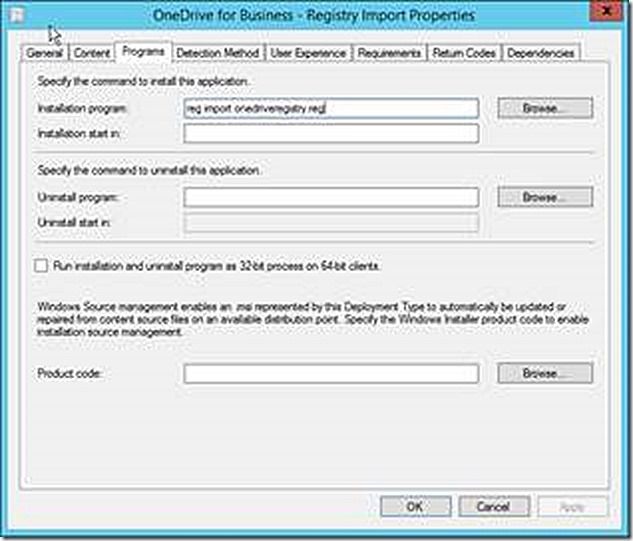 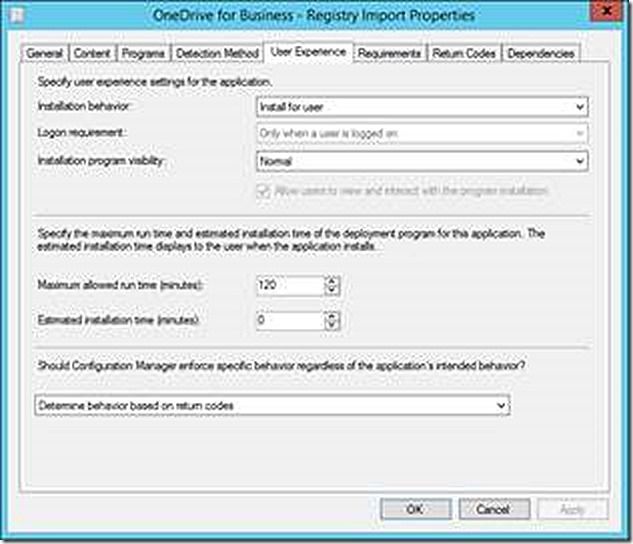 The registry import application MUST be set to run under user credentials. The specific registry keys being added exist under HKEY_CURRENT_USER. Installing under system credentials would cause the registry keys to be added in the incorrect location.

The OneDrive for Business main executable is OneDriveSetup.exe and is deployed silently. 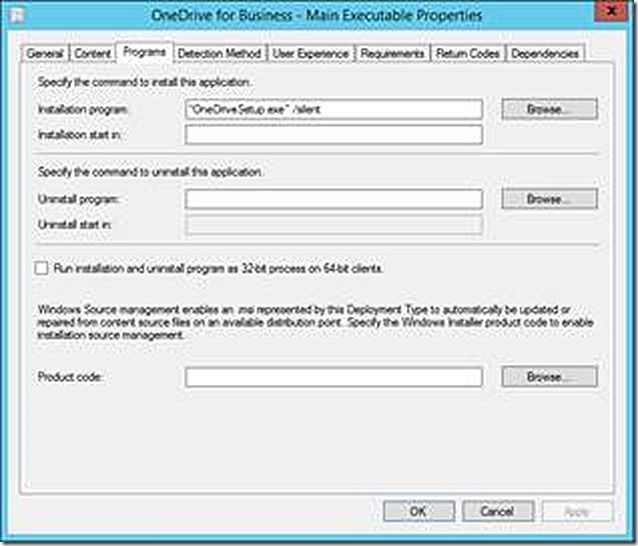 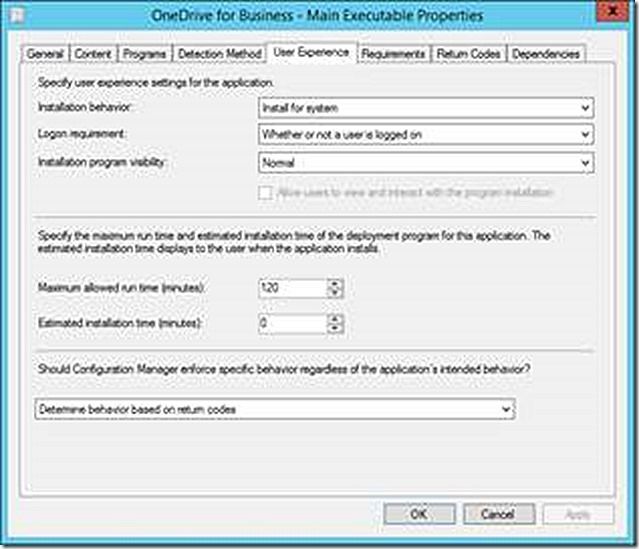 The OneDriveSetup.exe MUST be installed under system credentials. One customer I have worked with had a challenge with the application working correctly until they enabled the option to allow users to interact with the application. In the example, settings allow the OneDriveSetup application to run ‘Whether or not a user is logged on’. In such a configuration there is no option to allow user interaction but in the customer’s case they had chosen the option ‘Only when a user is logged on’. In such a configuration the customers experience was that the OneDriveSetup portion never completed or appeared in Programs and Features until user interaction was allows. I have not tested such a configuration since it shouldn’t be common but including in the event others see the issue. 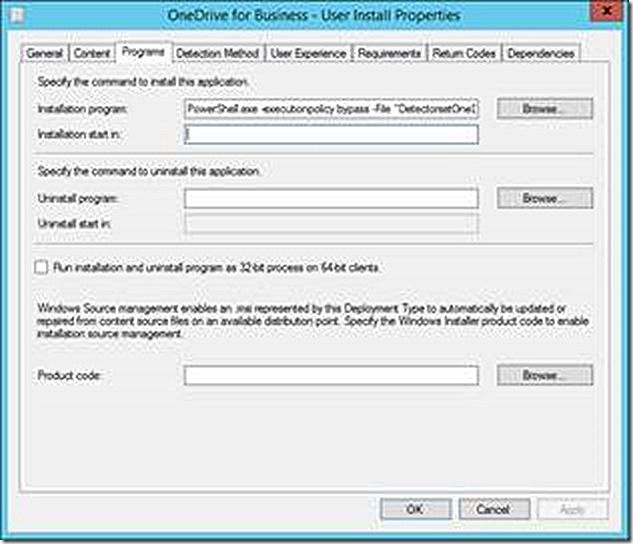 The PowerShell script copies the source files from ccmcache to the user’s profile directory and then launches the install.

##Declare and set variables.
##Get user profile environment variable
$UserProfile = Get-Item Env:UserProfile
##Get the value item from the environment variable
$UserProfileValue = $UserProfile.value
##Define the path to the location where onedrive should be installed
$OneDriveLocation = "\appdata\local\microsoft\onedrive"
##Combine users profile with the location where the onedrive files are to be copied
$OneDriveTestPath = $UserProfileValue + $OneDriveLocation
##Check to see if the path already exists
$OneDrivePresent = Test-Path $OneDriveTestPath

##The script current hard codes the ccmcache location. Adjustments to the script
##need to be made to convert the static ccmcache location to dynamic.
Copy-Item "c:\windows\ccmcache\6\*" -Destination "$OneDriveTestPath" -Recurse 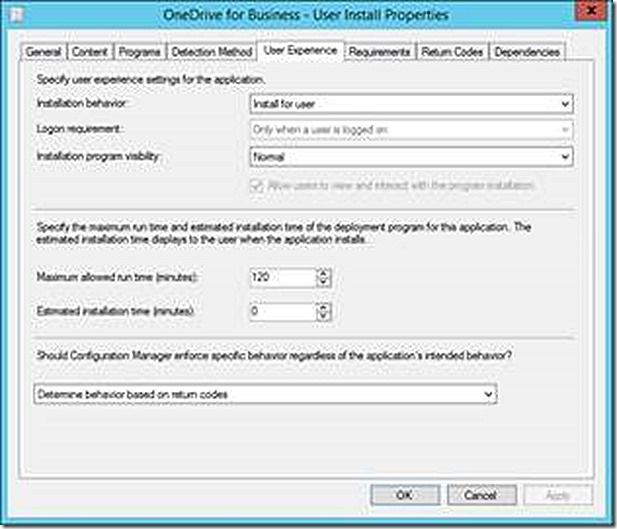 The deployment MUST run under the user’s context.

Note: When deploying these applications, it is possible to deploy each one individually, link Application 1 and 2 in a dependency relationship or link all three together and deploy as a unit.