Turn on suggestions
Auto-suggest helps you quickly narrow down your search results by suggesting possible matches as you type.
Showing results for
Show  only  | Search instead for
Did you mean:
Converting ETL Files to PCAP Files
By 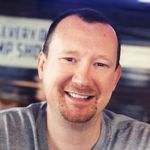 Hello. Sean Greenbaum here with a tale from the field.

As many of you have probably experienced, when working with Microsoft Premier support, you’ll often be asked to capture some data and upload it to Microsoft for analysis. Maybe you want to review that data yourself. Maybe you or your staff also has the technical expertise to review the data and make some preliminary observations while waiting for Microsoft Support to complete the investigation.

If your issue requires network traces to be captured, Microsoft Support will often ask you to capture them running a built-in utility called NETSH.

NETSH is a great tool built into the Windows OS and can be used to configure many parts of the networking stack within your Windows OS. You can read all about what NETSH can be used for here. When using NETSH to capture a network trace, it generates a specialized file with an ETL file extension.

Microsoft Message Analyzer was our tool to capture, display and analyze protocol messaging traffic. It can open ETL files and decode the networking data contained within. It also can export that data into a standard .CAP file which could then be used by lots of other networking applications like Wireshark.

Now that we have some background, let's talk about a recent support issue I ran into. One of my customers was having some issues which required us to take a network trace. Microsoft Support asked that they run the standard network trace capture command and switches:

(Note: If working with Microsoft Support, the Support Engineer may give you a slightly modified version of this command to enable certain trace options specific to your reported issue. Use the switches they provide you if asked.)

With the trace now running, the issue now needs to be reproduced.

Once reproduced, stop the trace to generate the ETL file.

Notice that NETSH trace generated an ETL file and saved it in the folder specified when starting the trace. It also captures some related diagnostic information and compresses that information into a CAB file.

At this point, Support will ask for either the ETL file, or both the ETL and CAB file depending on the information they are looking for, to be uploaded for analysis. Microsoft Support will analyze the data and will report back with any conclusions or next steps.

But what if you want to review the captured data as well? Simply opening the CAB file you can see there are lots of TXT files with human readable System Information, Registry Keys, and Event Logs. But the ETL file has all the network trace data. How do you get into that? Well, as I mentioned above, Microsoft has the Microsoft Message Analyzer which can open these files and even convert them to a format other networking tools can read.

Surely, our customers will want to be able to generate and analyze their own network traces without needing to rely on Microsoft Support. Installing another tool on your systems to capture network traces isn’t always going to be an acceptable option in many companies either. How can we convert these ETL files that the built-in tooling generates?

Welcome to the world of Open Source software. In this case, it turns out one of our Microsoft Developers, Matt Olson, thought of this already. Using the official Microsoft GitHub repo, he wrote and published an open source tool that does exactly that, named ETL2PCAPNG.

ETL2PCAPNG takes an ETL file that was generated using NETSH and converts the network frames to a new version of the CAP format, called PCAPNG. Standard network analysis tools like Wireshark can read this format.

If you don’t feel like building the tool from source, check out the Releases section on the GitHub to find the latest prebuilt executable.

This allows you to generate the ETL file on the server, copy to your local machine, or approved jump box/tools machine/etc and convert the ETL file there. To convert your ETL file the command is:

Using that to convert the ETL file I captured earlier:

Now I can open the PCAPNG file in my favorite networking tool.