Turn on suggestions
Auto-suggest helps you quickly narrow down your search results by suggesting possible matches as you type.
Showing results for
Show  only  | Search instead for
Did you mean:
Configure Ansible to use a Managed Identity with Azure Dynamic Inventory
By 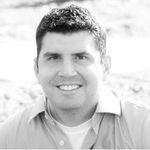 Configure Ansible to use a Managed Identity with Azure Dynamic Inventory

Hello again, Chris Wallen here and in this post, I’m going to show you how to use a managed identity to manage resources using Azure dynamic inventory with Ansible. If you’re not familiar with managed identities, see this overview of managed identities for Azure resources. Basically, they just provide a method of authenticating to Azure without the need to store credentials in code or on any local resource. Now, before we get into the technical details, let’s go over the different sources of Azure credentials that Ansible can use to authenticate when using dynamic inventory:

When using dynamic inventory, you can use any of the following methods to provide your Azure credentials to Ansible

Obviously, the first option is the least secure as your credentials are stored in a flat-file that could be read by anyone with access. The second option is more secure; however, it requires you to either create more automation to set the environment variables for the ansible user, permanently set them in the user profile, which requires you again to store them in plain text, or set the variables manually. The third option is also secure, but does not lend itself to automation as you have to manually sign in to the CLI each time you want to use dynamic inventory. This just leaves us with option 4. This is the most secure as you’re not required to store credentials anywhere in code or on the local machine nor do you have to take any manual steps to authenticate. The only requirement is that your Ansible control server must be running in Azure. Once the managed identity is assigned, you can easily control the level of access to resources by using role-based access. Ok, now that we have that out of the way, let’s talk about the prerequisites.

Now, on to the dynamic inventory configuration. First, we’ll need a managed identity to assign to our Ansible control server.

NOTE: If you already have an identity created, skip to the section titled “Assign RBAC rights to the managed identity”

Now that we have the identity created, we need to assign it rights to Azure resources. I chose to give mine Reader rights on the resource group that I’ll be using for dynamic inventory. If you want to use multiple resource groups for your inventory, you’ll need to follow this procedure for each one.

Add a tag to the virtual machines you want to inventory. To create the tag, run the below command. Make sure to replace RG-NAME and VM-NAME with values appropriate for your environment.

Before moving on to the next section, let’s take a second and go over the inventory file to make sure all of the parameters are clear.

Now that we have everything setup, it’s time to test our configuration. In order to do so, let’s run an ad-hoc command against the inventory file:

You should see output similar to the following:

NOTE: The ping module will only work against Linux VMs. If testing against Windows, use the win_ping module.