Turn on suggestions
Auto-suggest helps you quickly narrow down your search results by suggesting possible matches as you type.
Showing results for
Show  only  | Search instead for
Did you mean:
Building the Totally Network Isolated Root Certification Authority
By

Hello everyone, my name is Daniel Metzger and I am a Senior Premier Field Engineer for Secure Infrastructure based in Switzerland. Lately I have done quite a few Public Key Infrastructure (PKI) migrations for customers mostly because their certification authorities (CAs) were running on Windows OS versions which were approaching end of support. Other customers had their root CA installed on a domain controller which needed to be replaced with the CA being migrated to another host as a prerequisite for demotion.

While talking customers through the migration process during scoping, in each of this cases we established the fact that the existing PKI did not match Microsoft's recommendations. Several customers just had a 1 tier PKI with the root CA and its private key being exposed to the LAN while others had a 2 tier PKI with a standalone root CA attached to the LAN, too. So each time the question was raised how to build a truly offline root CA following best practices.

The answer sometimes surprises them: Use a Windows 10 laptop and convert it to a secure Hyper-V host to run the offline root CA: 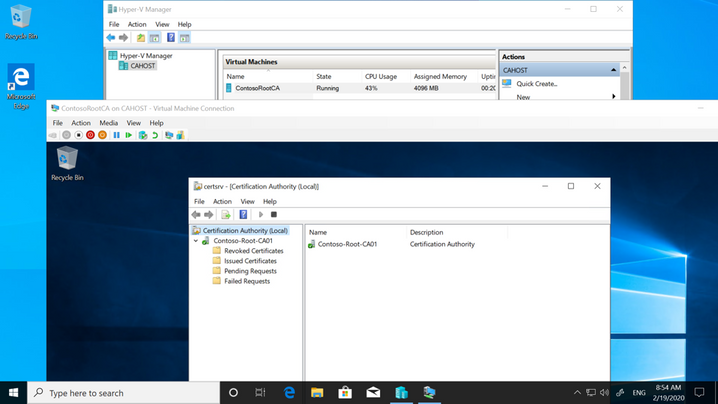 The solution proposed to customers meets the following standards:

The solution requires the following components:

Both the installation sources for Windows 10 Enterprise and Windows Server must be completely trusted, following the clean source principle:

I would strongly recommend downloading a fresh copy of the installation media from Microsoft at least twice, better three times, using different download hosts and connections. Then compare the hash values of the downloads. If they are all the same you can safely assume that all resulting downloads have not been altered while in transport thus, they are trustworthy. Store the installation media files in a safe and secured location – just some network share somewhere with some space left will not do.

Most of the steps to install an offline root CA are covered here:

The Windows 10 Enterprise host must be prepared and set up in the most secure way. Since it has and will be never attached to a network the installation needs to be done locally like from a DVD with the clean source installation media. We do not install any security updates or additional software like antivirus, etc., since the host and its contents never get exposed. OS activation is done by phone.

The hardware has to support the latest Windows 10 security features like Credential Guard, Device Guard and BitLocker with TPM 2.0. You can apply local versions of the Security Compliance Toolkit (SCT) for Windows 10 but since the device never touches any network this is more of a nice to have than a real must.

Next would be to copy the installation media for Windows Server to the host and to build a Version 2 VM hosting the offline root CA.

Do not connect the VM to any virtual switch and disable Checkpoints as they are not recommended for virtualized CA hosts (reversing the state of a CA actually can create a disaster situation) and will prevent access to the virtual disk from the physical host as required later on. 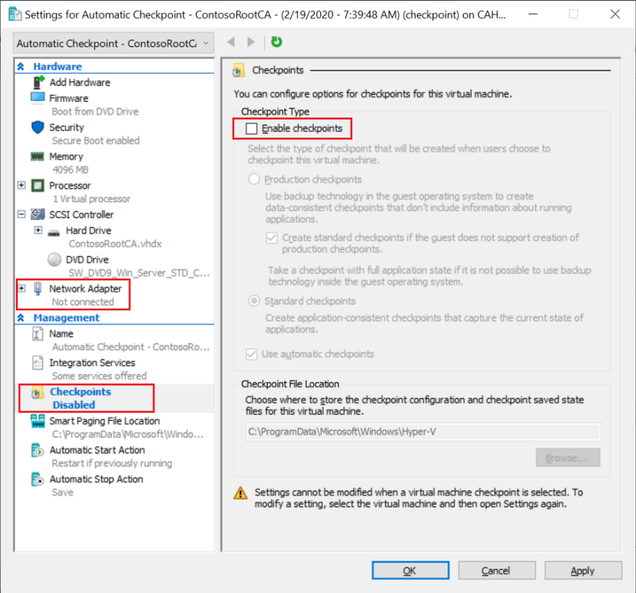 To transport files to and from the offline root CA, my customers shut down the guest OS and attach the virtual disk to the hosts file system. 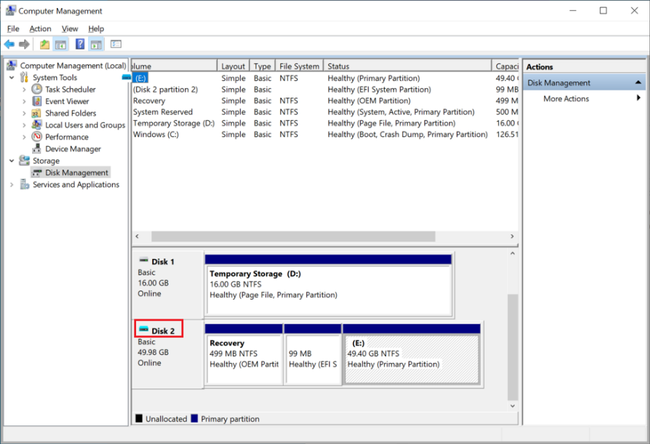 Then they eject the virtual disk so the VM is able to start next time it is needed. Any removable storage used for this purpose is tested, requires BitLocker for write access and is access protected with a PIN or similar. And of course, it has never been in use for other tasks.

To access the host for the offline root CA, a minimal number of local accounts need to be created. Only these accounts are permitted to log on and to operate the guest VM. The same applies to the VM itself.

I recommend initiating a backup of the CA configuration and database each time a new certificate or revocation list is created. The private key is backed up once each time a new root CA certificate is issued and stored on a secured removable storage device as are the CA backups. The physical CA host and backup storage devices are then stored in a safe and protected location with very restricted access. This could be a safe.