Turn on suggestions
Auto-suggest helps you quickly narrow down your search results by suggesting possible matches as you type.
Showing results for
Show  only  | Search instead for
Did you mean:
AD Schema Requirements for Windows PKI features
By 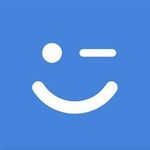 There have been a number of questions about Active Directory (AD) schema requirements for the Windows PKI features so I decided this deserves a blog post.

2. Credential Roaming requires schema that was shipped in Windows Server 2008 (version 34) OR older schema that is extended manually as documented in this white paper .

Q: But Brian Komar’s book says it does?

A: Still no. This is simply an error in the book.