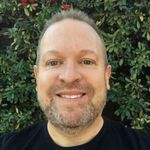 The solution in the below blog post is now a native feature in ConfigMgr starting in ConfigMgr Current Branch 1610. Please see the below link for further information:

Consider the below Surface Pro 3 (A) and Surface Pro 3 (B) have to be installed using the same Surface Ethernet Adapter. After the devices are completely installed, they will connect to corporate network via WLAN or a docking station with a built-in Gigabit Ethernet port.

Log file snippet of SMSPXE.log: This is a boot  attempt of Surface Pro 3 (B) with default Configuration Manager PXE enabled DP and Unknown Computer support enabled. Note that the lookup occurs using both the MAC and SMBIOS GUID (UUID) of the device to try to find a matching existing record. If either MAC or SMBIOS GUID(UUID) is found in the database then the device is "known".

In the above log, the device lookup result did not return a matching record from the database and it treats this device as "unknown".

Once the device PXE boots and enters Windows PE, the device contacts the MP and via Heartbeat Discovery, registers itself as a client with BOTH its SMBIOS GUID (UUID) and MAC Address. A new record is created with the name "unknown".

If multiple devices are being imaged at the same time, there may be multiple records with the name "unknown". This may make it hard to figure out which "unknown" record goes with which device. A simple WQL query will help determine what record belongs to which device.

The following WQL Statement will list all Objects Registered via Unknown Computer Support with UUID and MAC. This will make it easier to see the details of the Unknown object:

Sample Query result: The Client is registered with both MAC Address and SMBIOS GUID (UUID)


After creating the above three WQL queries you should have the following queries:

More information about creating queries can be found at How to Create Queries in Configuration Manager .

The solution is very easy: Add the MAC Address of the USB to Ethernet Adapter to the list of Mac Addresses to be excluded from Data Discovery. This task has to be done on the Primary Site Server.

This can be done by opening Regedit on the site server and navigating to the following registry key:

followed by editing the registry value of:

This registry key value is a multi-string value that is the placeholder of the list of MAC addresses to be filtered. The registry key holds one MAC address per line in the following format:

All letters in each MAC address must be typed as uppercase letters to match the MAC address that is submitted in a DDR.

Make sure to add a line break at the end of each MAC address list as t he cursor below shows: 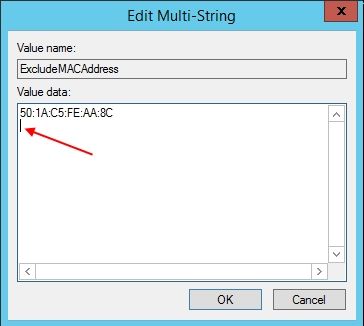 otherwise you will see the following error message:

More information about this registry key can be found at http://support.microsoft.com/kb/816051

Note: By default, this registry key should exist but will be empty

Before adding any MAC addresses to this registry key value, do not forget to remove any existing object registered with those MAC addresses from the ConfigMgr console otherwise the PXE boot will not work. In this example, we would make sure to delete any objects in the ConfigMgr console that were registered with the MAC address of 50:1A:C5:FE:AA:8C.
From now on any new object will register itself ONLY with its SMBIOS GUID (UUID) when using your Ethernet Adapter(s) of choice.

Running the sample query for Unknown Computers from above we can see Surface Pro 3 (A) registered ONLY with its SMBIOS GUID (UUID). It did not register with its MAC address. In the SMSPXE.log we can see that the MAC Address is still visible

Running the sample query from above for Unknown Computers we can see Surface Pro 3 (A) and Surface Pro 3 (B) both registered ONLY with their SMBIOS GUID (UUID). Neither registered with its MAC address. Again in the SMSPXE.log we can see that the MAC Address is still visible.


For known computer support, import the new Record using the SMBIOS GUID (UUID) instead of the MAC address. Please note that ConfigMgr may reference the SMBIOS GUID as BIOS GUID or System UUID.

You can obtain the SMBIOS GUID from a device using any of the following methods:

To prestage the device and create a Known computer record via the SMBIOSGuid, in the Import Computer Information Wizard , add the record based on its SMBIOS GUID instead of its MAC address as shown below: 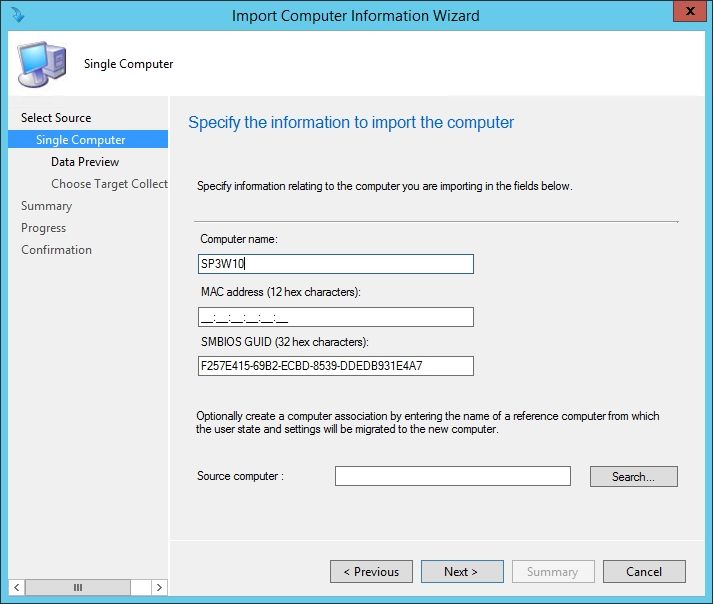 Once you complete the Import Computer Information Wizard , a Computer record will be created with the SMBIOS GUID but without the MAC address as shown below: 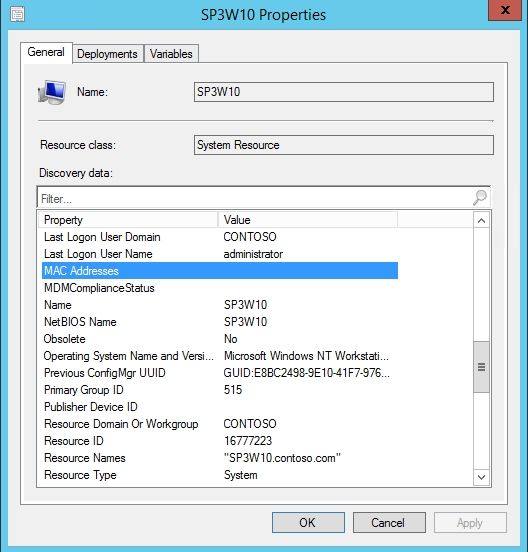 The Computer object will not have a MAC Address listed until the WLAN Adapter or Network Adapter other than the excluded USB to Ethernet Adapter is inventoried.

Disclaimer: The information on this site is provided "AS IS" with no warranties, confers no rights, and is not supported by the authors or Microsoft Corporation.