Turn on suggestions
Auto-suggest helps you quickly narrow down your search results by suggesting possible matches as you type.
Showing results for
Show  only  | Search instead for
Did you mean:
Teams media optimizations now in Public Preview on Azure Virtual Desktop and Windows 365 for macOS
By 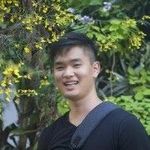 We’re excited to announce that Microsoft Teams media optimizations is now in Public Preview on Azure Virtual Desktop and Windows 365 for macOS. With media optimizations, Teams on Azure Virtual Desktop and Windows 365 now supports audio and video calling and meeting functionality by redirecting audio and video to the local client machine.

To experience Teams media optimizations, please install Microsoft Remote Desktop Beta 10.7.7 from the VS App Center and ensure that the feature is enabled on the client. 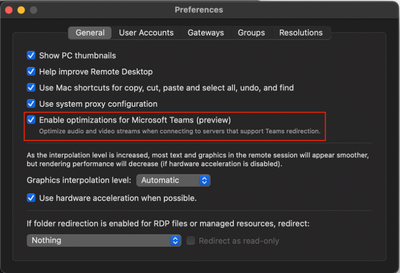 You can verify that Microsoft Teams is optimized by navigating to Overflow Menu (…) > About > Version on Teams. A banner will appear stating that the user is “AVD Media Optimized”.

Microsoft Teams comes included in the Windows 11/10 images optimized for Microsoft 365 apps. For more information on how to enjoy the best Teams experience, refer to the Teams on Cloud PC documentation.