Autoscale on Azure Virtual Desktop is a native automated scaling solution that automatically turns session host virtual machines on and off according to the schedule and capacity thresholds that you define to fit your workload. With Autoscale, you can save costs by shutting down idle session hosts during off-peak hours while ensuring there’s enough capacity to meet your users’ needs during peak hours.

The following capabilities are now generally available with Autoscale for pooled host pools:

In addition, stay tuned for announcements on the following capabilities that are coming soon:

To enable this feature, simply create a scaling plan, define schedules for when virtual machines should be turned on or off, and assign the scaling plan to one or more host pools. 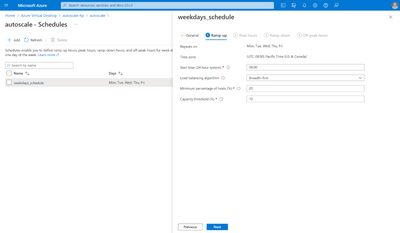 Learn more about setting up autoscale and how Autoscale works. Watch this Inspire session for a demo.