Turn on suggestions
Auto-suggest helps you quickly narrow down your search results by suggesting possible matches as you type.
Showing results for
Show  only  | Search instead for
Did you mean:
Protect and recover your Azure workloads from disasters using cross region VM restore points
By 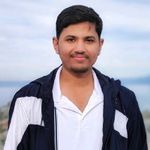 You can now create VM restore points in any public region of your choice irrespective of which region the VM is deployed. Let’s say you have a workload running on a VM in east US which you want to protect from disasters, though uncommon could potentially bring down the entire region. You can periodically create VM restore points in a target region far away from your source region, say west US. If your workloads deployed in east US become inaccessible due to any kind of disasters or failures, you can use one of the restore points created in west US to create a failover VM with minimal data loss and downtime.

On top of this, we are also adding the capability to copy an existing VM restore point from one region to another. If you are already protecting your workloads from data loss and data corruption using VM restore points which are deployed in the same region as the VM, you can now extend your solution to support cross region restore or remote region backup by copying the restore points from the source region to any target region of your choice.

Restore points that are created in the target region or copied from one region to another are incremental in nature. Meaning only the delta changes between the previous restore point is copied to the target region which significantly reduces the egress bandwidth charges.

These cross-region capabilities of VM restore points provide the base functionality or the fundamental blocks to protect your workloads from various failures as well as allow you to build your own disaster recovery solution for Azure VMs.

Other regions will be added in the next couple of weeks.

Please review the VM restore points documentation to learn how to: