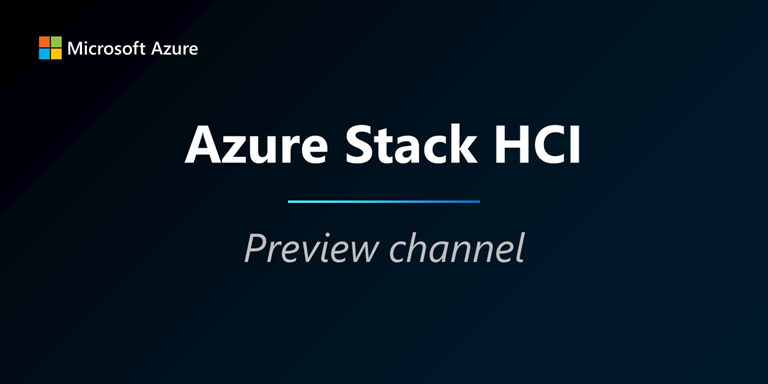 Since the summer, our engineering team has been putting the finishing touches on Azure Stack HCI, version 21H2 with regular monthly releases to the Preview channel. We’ve been pleasantly surprised by how many of you have enrolled in the Preview channel and shared feedback so far. Thank you!

Here's how to identify today's build:

This is the first preview of the next major Azure Stack HCI update, tentatively called 22H2. This build contains a variety of enhancements and internal changes, but there are no major features we’re ready to describe just yet. Stay tuned for more builds and news in the coming months as we continue to develop Azure Stack HCI.

How to get the build

Here's a screenshot from my home lab:

The new build will download over-the-air from Microsoft and install with a single reboot.

If you use Windows Admin Center to install this build, the Cluster Manager > Updates tool correctly displays the update title, but incorrectly shows a banner advertising “version 21H2” which you may find confusing. This will be fixed soon.

All Preview channel participants should install build 22471. If you avoid this build and instead continue applying quality updates to version 21H2, your cluster will become billable when Azure Stack HCI, version 21H2 reaches GA soon.

[!] There's no rush, but the next time you update your Preview channel cluster, be sure to choose build 22471.

Thank you and we look forward to your feedback!