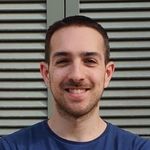 The ability to select multiple playbooks to be triggered for each Analytics Rule will change the way you use playbooks in Azure Sentinel. It will save you time, add stability, reduce risks, and increase the automation scenarios you can put in place for each security alert.

Azure Sentinel playbooks help the SOC automate tasks, improve investigations, and allow quick responses to threats. Azure Sentinel workspaces are meant to be constantly fine-tuned to be used effectively: each analytics rule is created to generate alerts on a single unique security risk; each playbook to handle a specific automation purpose. But many automation purposes can be achieved over any analytics rule. Now this can be done effectively, as this new feature enables selection of up to 10 playbooks to run when a new alert is created.

Why should I connect multiple playbooks to one analytics rule?

Move to “one goal” playbooks: Simple to develop, easy to maintain

Multiple playbooks can influence the way you plan and develop playbooks. Before this feature, if a SOC wanted to automate many scenarios to the same analytics rule, it had to create nested playbooks, or a single large playbook with complex logic blocks. Or it might create similar versions of the same playbook to be applied to different analytics rules, reusing the same functionalities.

Now, you can create as many single-process playbooks as needed. They include fewer steps and require less advanced manipulations and conditions. Debugging and testing are easier as there are fewer scenarios to test. If an update is necessary, it can be done in just the one relevant playbook. Rather than repeating the same content in different playbooks, you can create focused ones and call as many as required.

For example, an analytics rule that indicates high-risk users assigned to suspicious IPs might trigger:

Increase your capabilities and flexibility as a MSSP

It’s as simple as that!

At this point, the selected rules will run in no particular order. We are working on a new automation experience which will allow defining the order of execution as well - stay tuned.