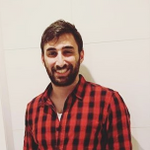 With the release of image scanning using Azure Defender for container registries, we received enormous interest in findings among wide audiences including traditional ASC admins along with repository owners and DevOps personnel.

One of the biggest challenges that was raised by these audiences was how to use the Defender scanning capability in their integration and deployment processes to ensure only scanned and healthy images reach the production environments.

By embedding Azure Defender for container registries assessments into your CI/CD pipeline, you can address this need and have a more secure automation and deployment processes in enterprise environments.

This blog will take you through a few simple steps to take your CI/CD pipeline to the next security level.

How does Azure Defender’s container image scanning for vulnerabilities work?

There are multiple triggers for an image scan, such as On push, On import and Recently pulled.

Security Center pulls and scans the image in an isolated sandbox. It is then extracts, filters and classifies the findings, and presents them as actionable security recommendations.

Each finding Security Center published for an image is represented as a Container Registry Vulnerability Sub Assessment. 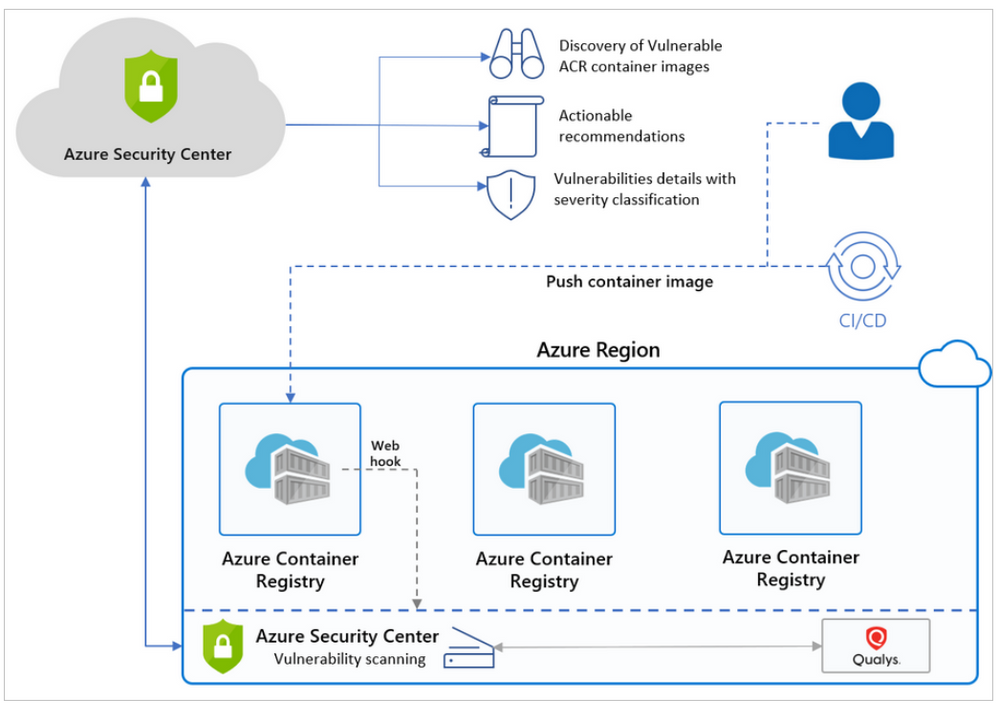 Scan summaries are available in Security Center dashboards. You can also access them programmatically (through our API or PowerShell) using

With the scan summary ARG query published in ASC container image scan community GitHub, you can fetch results for all images by simply running it via ARG REST API, PowerShell module or Explorer.

it to the bottom of the query, for example:

Use scan summary as part of an image CI\CD pipeline:

The security gate tool is used for enriching and acting upon image scan results as part of a CI\CD pipeline to follow a scan initiated by image push.

It is built by two parts:

Push only scanned and healthy images to your production registry:

You can use the security gate task above as a conditional task to push image to your production registry.

You are welcome to join ASC container image scan community on GitHub.

Contribute, share and suggest useful tools to automate or improve work with the ASC image scan service and results.

Thank you @tomer_weinberger for Sharing with the Community 8)

& the following on Microsoft security baselines:

Guidance: Azure Virtual Network provides secure, private networking for your Azure and on-premises resources. By limiting access to your private Azure container registry from an Azure virtual network, you ensure that only resources in the virtual network access the registry. For cross-premises scenarios, you can also configure firewall rules to allow registry access only from specific IP addresses. From behind a firewall, configure firewall access rules and service tags to access your container registry

Are there any plans for Microsoft to support Azure Defender for container registries that do not have public access?